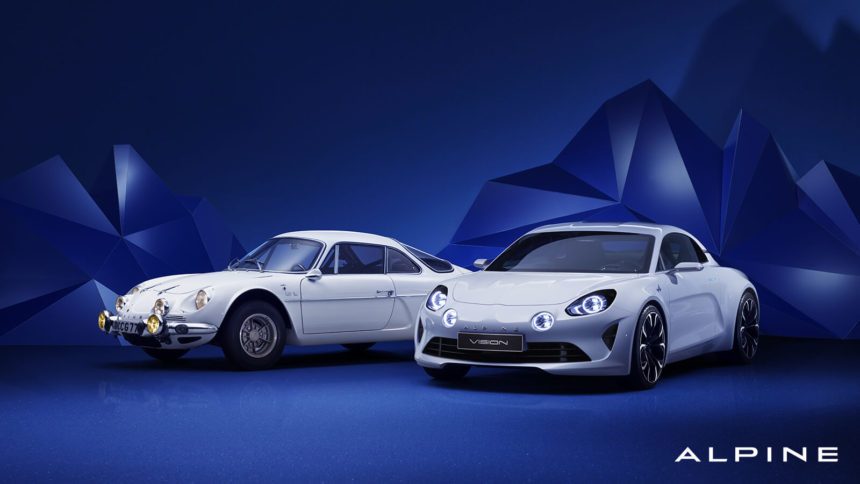 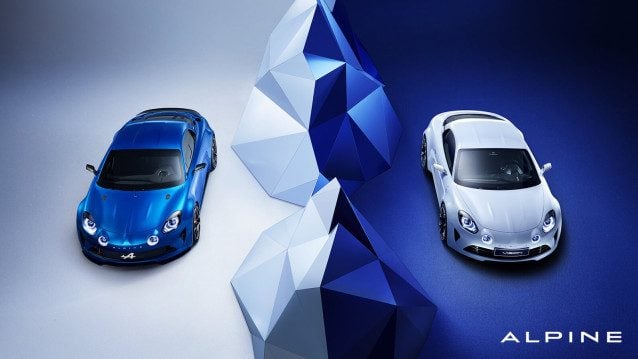 Alpine showed off the latest iteration of their planned return to road car production yesterday in Monaco. Starting with the A110-50 concept of 2012, followed by a certain Vision Gran Turismo creation last year, and the Alpine Celebration model later in 2015, we’ve now landed at the rather confusingly-titled Alpine Vision.

This Vision, much like the A110 it so clearly pays respect to, is a pretty, petite package. Some family features from its grandfather have survived across the generations: the additional in-set headlights, the C-shaped swage line on the flanks, the wheel-at-every-corner stance. The modern big wheels and LED taillights blend well with these details, delivering what should be an attractive alternative to the Porsche Cayman and Alfa Romeo 4C when the final production model is shown before the end of 2016.

Few details are known about the mechanical aspects of the car. Renault has so far only announced that the four cylinder turbo engine will be mounted midship – unlike the original A110’s rear-engined layout – and that the dash to 100km/h will be dispatched in “less than 4.5 seconds”.

The event was held at the Col de Turini, home of some of Alpine’s most memorable rally moments. Renault gathered dozens of vintage models to line the roads, while guests from across the globe were invited to pour over Alpines old and new. Fan site Alpine Planet (no relation) even caught up with someone sure to look familiar to Gran Turismo players (hat tip to Dionisiy):

Considering the close ties Kazunori and Polyphony have with Alpine, we’re certainly excited to see what comes next in Alpine’s rebirth.

Take a look at the Alpine Vision in the gallery, and leave your comments below!

Alpine
The original comments for this post are no longer available.
Test Your Badge Knowledge With Our Car Logo Quiz

Automotive News 42 Apr 14 by Andrew Evans
Nissan has taken the covers off the latest model of its flagship performance car, the GT-R Nismo, ahead of its market launch later this year. The GT-R Nismo is the…

Automotive News 61 Apr 5 by Andrew Evans
Toyota has taken the covers off its replacement for the nine-year old 86, which sports a familiar name with one important difference. The car is now called the GR 86,…