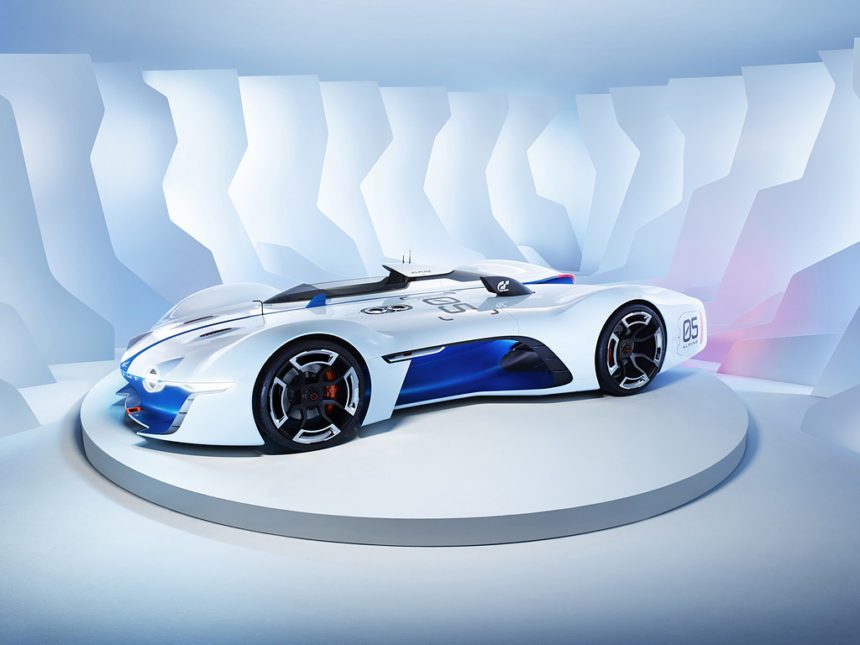 Here it is! The first Vision GT concept car of 2015 was officially revealed during a special presentation at the Festival Automobile International in Paris earlier this evening, where Gran Turismo 6 was also awarded an innovation prize for the Vision GT program. 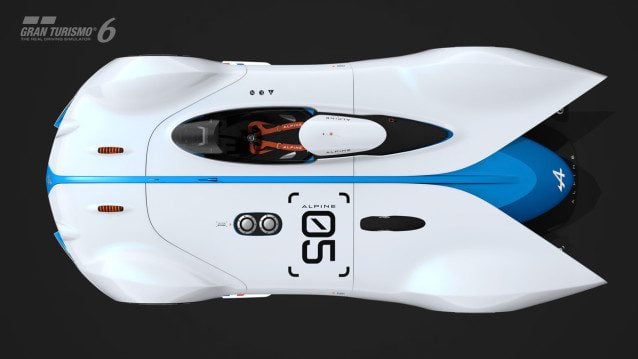 “It’s a genuine sports car which combines the passion for cars with enjoyment behind the wheel,” explains the car’s designer, Victor Sfiazof. “There are numerous references to the past, present and future. The idea of a barquette stemmed from the Alpine A450’s involvement in the Le Mans 24 Hours, but the front end takes its inspiration from the A110, while the vertical fins at the rear recall the A210 and A220 and make a real contribution to the car’s styling. As an aeronautic fan, I also wanted to incorporate cues from the world of aviation, too. The airbrakes add a nice high-tech touch to the rear end.” 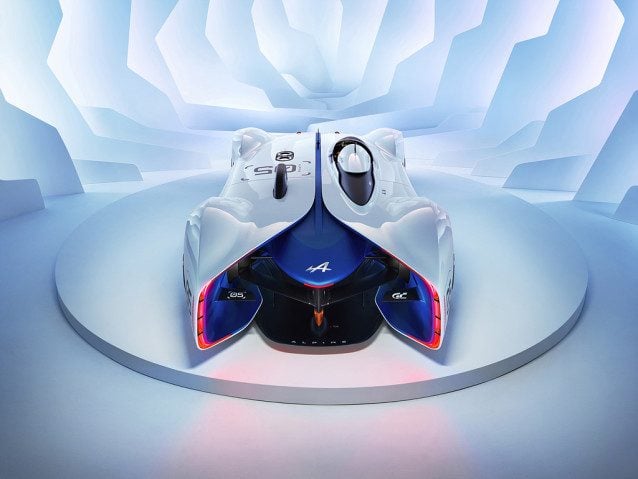 The official press release confirms the car will become available in GT6 this March.

Thanks to @Soblacktie and for early photos from the event!

Gran Turismo Sport 662 Oct 26 by Andrew Evans
A fresh week means a fresh set of GT Sport Daily Races, and the line-up for the next seven days is a little curious. You’ve got two events with full-on…

Gran Turismo Sport 281 Oct 22 by Andrew Evans
The latest set of GT Sport Time Trials is now available, running for the next two weeks. It’s a bit of a change of pace this week, and a very…

Gran Turismo 7 178 Oct 21 by Andrew Evans
The great debate over Gran Turismo 7‘s potential launch date has taken yet another twist today, courtesy of a teaser posted on the official Gran Turismo Facebook account. Long-rumored to…

Gran Turismo Sport 662 Oct 19 by Andrew Evans
After a few complicated races in recent weeks, this week’s new set of GT Sport Daily Races is a return to simpler times. It’s a case of picking how fast…

Gran Turismo Sport 662 Oct 12 by Andrew Evans
A new set of GT Sport Daily Races starts today, with something of a focus on cars with the engine in the middle. There’s three races as usual, with two…