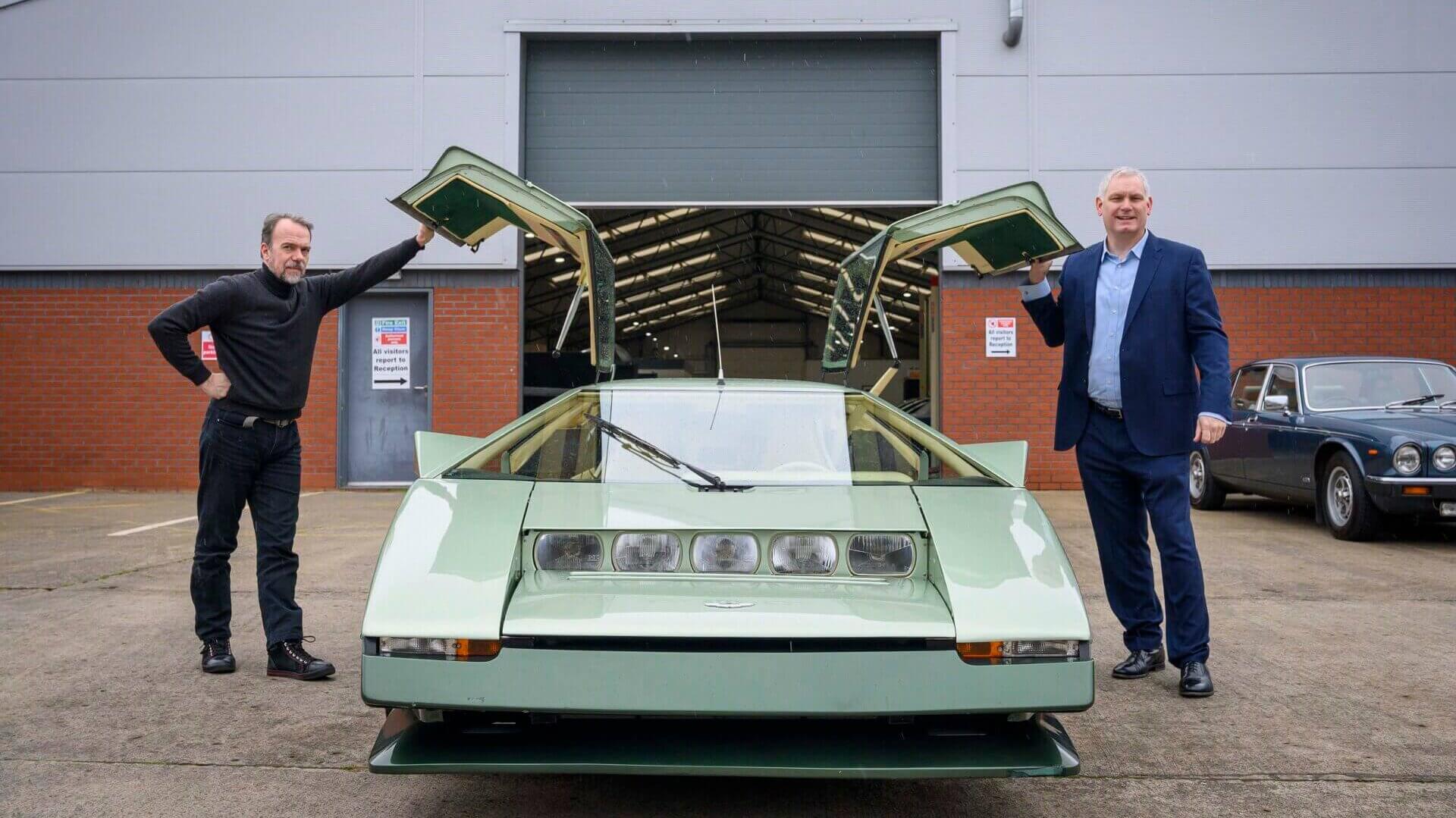 One of Aston Martin’s works racing drivers is scheduled to make an unusual attempt to remedy a four-decade old injustice. Darren Turner is going to take to the wheel of the Aston Martin Bulldog to try to hit the car’s projected 200mph+ top speed.

The history of the Bulldog is pretty unusual. It was a car that almost came out of nowhere: a supercar from a brand best known for its grand tourers. The mid-engined wedge was very much at odds with Aston’s reputation, and that was by design. Aston Martin wasn’t producing many cars at all at the time, and the then-owners — Peter Sprague and George Minden — wanted to modernize a pretty aged model line.

To prove that Aston Martin could be a force in global motoring, the marque hired William Towns to pen the Bulldog. Towns had previously designed the DBS and Lagonda, along with a number of smaller city vehicle concepts, and the Bulldog is pretty clearly part of his portfolio.

With a then-low drag coefficient of 0.34, the Bulldog stood every chance of being the fastest production car in the world, with the right engine. At the time you needed a Lamborghini badge to get up over 180mph (and only just), but Aston Martin project the Bulldog to hit an incredible 237mph. That came courtesy of a 5.3-liter V8 from the DBS, supplemented with a pair of Garrett turbochargers, good for 700hp. 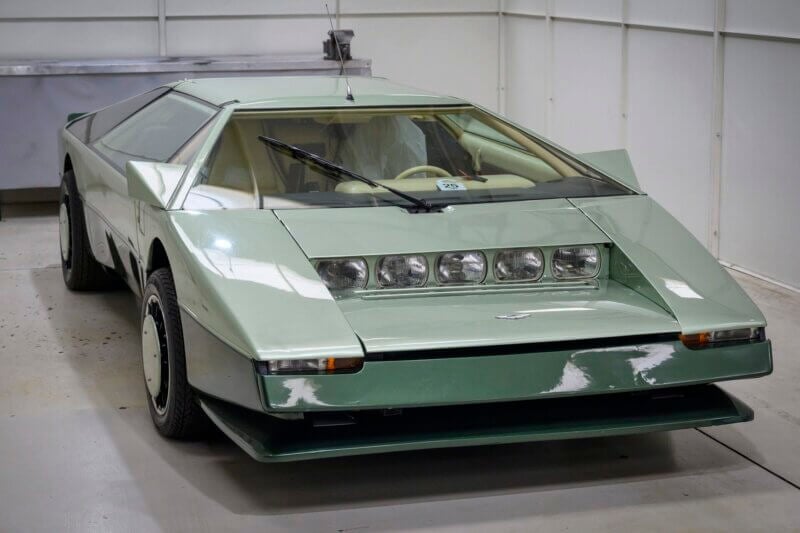 In testing at the Motor Industry Research Association (MIRA) test track in Leicestershire, UK, the Bulldog could “only” hit 191mph. That would still have been comfortably good enough to make it the fastest production car in the world, had Aston opted to make the 25 or so cars a year it had planned. However the company was in even deeper trouble at the time, and then-chairman Victor Gauntlett chose to shelve the project.

Bulldog then passed through several private owners around the world before an unknown buyer in the USA discovered it last year. The owner promptly had it shipped to Classic Motor Cars (CMC), a renowned specialist in classic car restoration — particularly Jaguar models — in Shropshire, UK. There, under the guidance of Gauntlett’s son Richard, it is undergoing a complete bare metal rebuild.

When this process is complete, Turner will then set out to meet the Bulldog’s potential and hit 200mph. No date is set just yet, as the restoration should take around 18 months, and we don’t know where it will take place. There’s only a limited number of places in the UK where a car can hit 200mph — MIRA, Millbrook, and Aston Martin’s own test track at Gaydon among them — so we don’t even know if it will even be in the car’s home country.

“I really appreciate being asked and I’m looking forward to becoming part of the story of bringing Bulldog back to life and finally achieving what it set out to achieve all those years ago.”

Andrew Evans · Jan 8, 2021· Comments
Gran Turismo series partner Toyota has revealed a special, limited edition version of its Toyota Yaris hatchback, which not only bears the Gran Turismo 7 name but comes with a free copy of the game and a PlayStation 5 console.

Andrew Evans · Jan 8, 2021· Comments
After it surprisingly revealed a new car at the Consumer Electronics Show (CES) in 2020, Sony has taken the covers off a second model at this year’s show — and it looks like it might be planning to build them.

Andrew Evans · Jan 8, 2021· Comments
Porsche has officially taken the covers off its Vision Gran Turismo car, designed specifically for Gran Turismo 7 when it launches on March 4.

Andrew Evans · Jan 8, 2021· Comments
MG’s specialist design center, SAIC Design in London, has created a new concept car that’s not only inspired by gaming, but a games room itself.

Michael Leary · Jan 8, 2021· 13 Comments
Although Lamborghini has now officially pulled the wraps off its latest nostalgia project, the Countach LPI 800-4, you’re already too late to buy one.

Andrew Evans · Jan 8, 2021· 21 Comments
Genesis has unveiled a trio of new racing car concepts designed in collaboration with Gran Turismo, destined to take their places in the racing game series in the near future.

Andrew Evans · Jan 8, 2021· Comments
Nissan has taken the covers off the latest model of its flagship performance car, the GT-R Nismo, ahead of its market launch later this year.