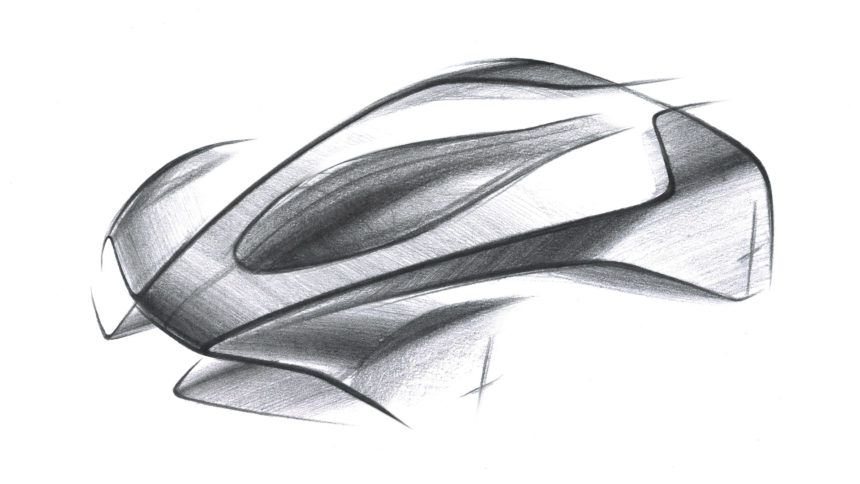 If one is good, then two must be better, right? So what happens when you add a third into the mix? Aston Martin is looking to answer that question with the confirmation of Project 003.

When Aston first unveiled the Valkyrie in early 2017, it looked pretty wild. However, with each update, Aston continued to turn up the dial. Then in March of this year, it introduced the extreme Valkyrie AMR Pro.

Now Aston is looking to add a third mid-engine supercar to the mix alongside both Valkyries. However, unlike the AMR Pro, this new car looks a little more on the civil side.

According to Aston, Project 003 will offer “more practical concessions to road use”. It goes on to say these include awe-inspiring features like space for luggage.

As for the construction of the car, Aston says it will start with a lightweight structure. From there it will get a hybrid drivetrain with a turbocharger for extra grunt. Finally, it will get what Aston calls “outstanding levels of downforce in a road-legal car”.

In addition to that, it will also get an active suspension and handling similar to the Valkyrie.

Somehow we’re not sure Aston understands the meaning of practical concessions. Not that we are complaining though!

With regards to the Project 003, Aston’s President and Group Chief Executive, Andy Palmer, had this to say:

“It was always the intention for the Aston Martin Valkyrie to be a once-in-a lifetime project, however, it was also vital to us that Valkyrie would create a legacy: a direct descendent that would also set new standards within its own area of the hypercar market, creating a bloodline of highly specialised, limited production machines that can exist in parallel with Aston Martin’s series production models. I’m thrilled to announce that this car is the Project ‘003’, and our next step into a dynamic and exacting arena.”

Right now, the brand is targeting 2021 for the release of the new car. It will also limit the production to just 500 units.

As for the unveiling of the car itself, we think March 2019 is a likely target. Both the Valkyrie and the AMR Pro made debuts in March and Aston could continue the trend.

We’ll let you know more as it becomes available.

Automotive News 4 Oct 20 by Andrew Evans
Bugatti may have been knocked out of the history books yesterday, but that’s not going to stop the brand which produces some of the fastest, most expensive luxury cars ever…