Considering that the #99 car qualified 11th, it was hardly obvious that the BMW M6 GT3 driven by Alexander Sims, Philips Eng and Maxime Martin would eventually claim the overall title. This is the second consecutive victory for the BMW brigade at the Spa endurance festival, and the marque’s 23rd overall.

ROWE Racing’s #99 car fiercely fought against Bentley Team M-Pack’s Bentley Continental GT3 (#8, driven by Maxime Soulet, Andy Soucek and one Wolfgang Reip) for more than four hours before another rain soaked the ground, forcing them to pit in and perform necessary changes. Because the rest of the field did the same during the “Full Course Yellow” race rule, the big Bentley lost precious seconds and finished the race 4th in-class and overall. 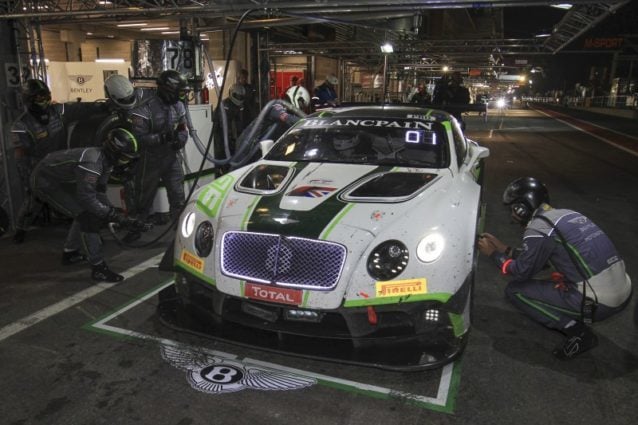 Initial qualifying sessions displayed domination from both the Mercedes-AMG and Audi R8 LMS camps. Unfortunately, several drivers from the Mercedes-AMG teams eventually had to hand over their super pole results due to a breach of certain technical regulations spotted by officials. This removed Mercedes-Benz competitors from the top 20 qualifying spots, and also awarded them with 5-minute “Stop and Go” penalty.

This year the event saw more than 60 registered teams, divided in Pro-AM Cup, AM Cup and Overall classes. Followers of previous 24-hour events at Le Sarthe and Nordschleife will find the grid of vehicles quite familiar. The biggest change comes from Lamborghini: the company provided a total of 11 Huracan GT3 models to various teams for this race, which is quite a change from the previous year when only two Italian bulls were spotted.

We often salute presence of GT Academy graduates in endurance events and this year’s 24H at Spa was no exception. Battling within the Pro-Am Cup class, Romain Sarazin and Matthew Simmons (2015 GT Academy winners) were part of the crew responsible for driving a Nissan GT-R Nismo GT3 (#22) to 13th in class. An Additional entry flying the flag of GT Academy RJN was formed with Lucas Ordonez and Alex Buncombe. The two seasoned drivers were participating in the Overall class in another Nissan GT-R Nismo GT3 (#23). 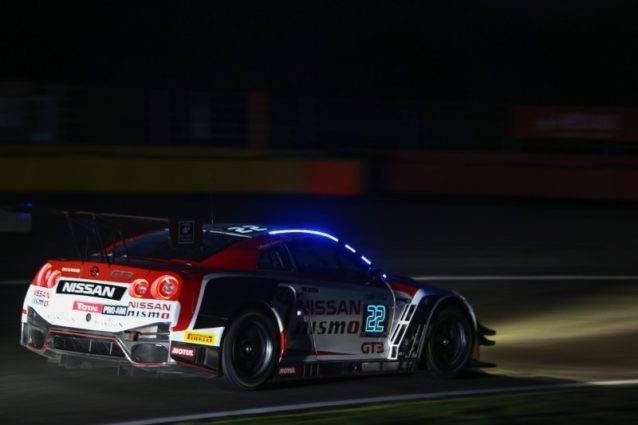 Coincidentally, the #23 GT Academy car achieved a decent 23rd position during the night qualifier, but in the actual race its rank lowered: they would eventually settle at 44th. According to Lucas Ordonez’ Twitter posts mechanical issues prevented #23 from being able to challenge the top 20. The #22 sister-car qualified 47th and finished the race 37th.

Below you can find all important links related to the 2016 Spa 24 Hours endurance event:

This concludes our report on the 2016 Spa 24 Hours endurance event. Make sure to follow GTPlanet next year as well for another round at Spa the 24 Hours event.

All images courtesy of the Total 24 hours of Spa website.