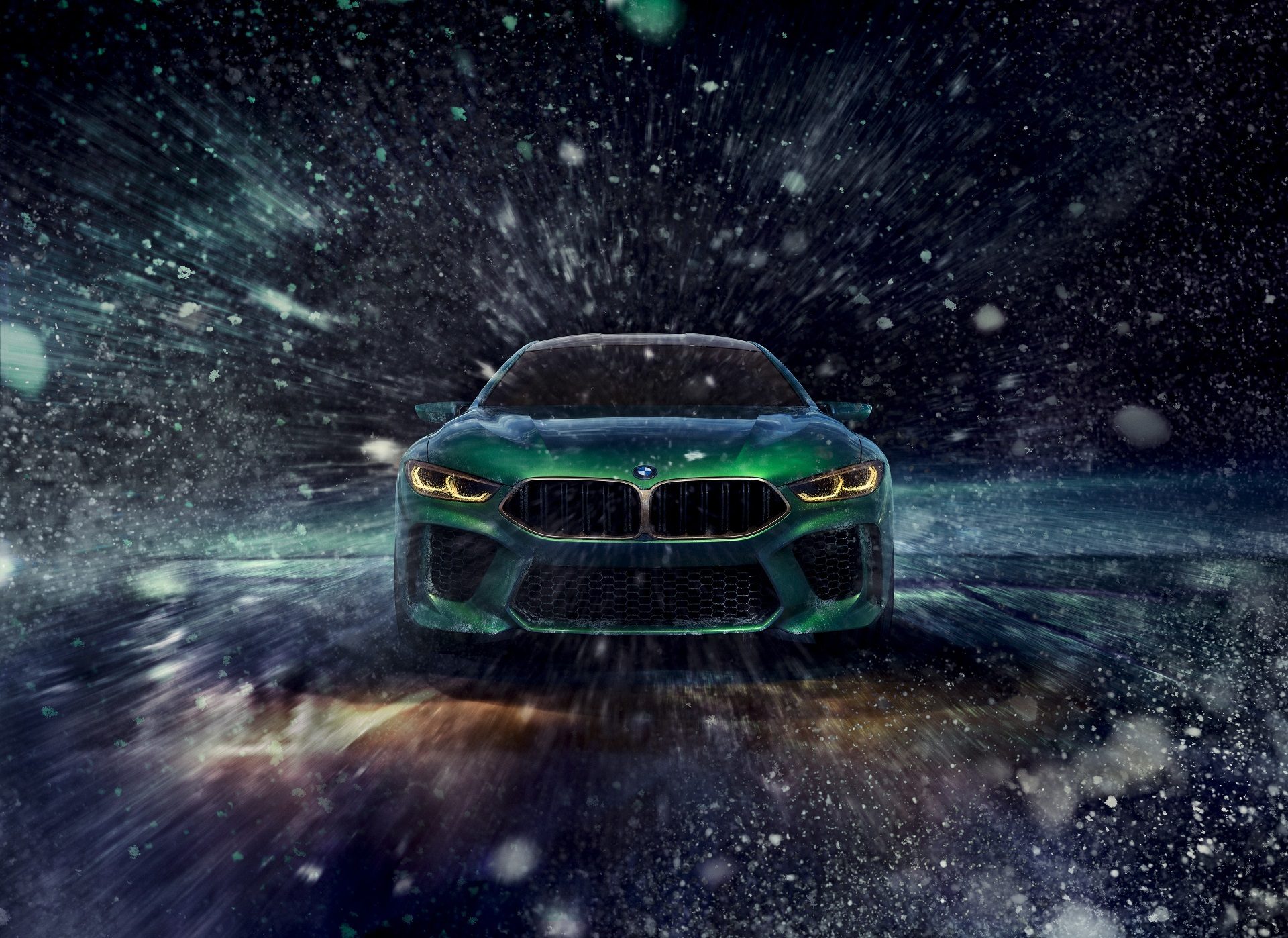 BMW is continuing to preview its upcoming 8-Series by showing a new Gran Coupe concept in Geneva.

This particular Gran Coupe showcases what a four-door version of the upcoming flagship M8 might look like. BMW first previewed the two-door M8 coupe in GTE racing specification last year and this new four-door version is our closest look yet at the styling for the production car.

The muscular styling of the Gran Coupe features an evolved version of the twin-kidney grille and features lighting technology from the GTE racer. The M8 Gran Coupe sports an aggressive stance with flared arches and large wheels to highlight its sporting nature.

The long wheelbase and flowing coupe roofline culminate in a short tail with a built-in ducktail spoiler. The roof is also made from carbon fiber to reduce weight and is likely to appear on a production model.

While some of the more outlandish elements won’t see production, the general bulk of the styling should carry over to the production car relatively unchanged.

The production 8-Series Gran Coupe is expected to arrive in 2019 after the coupe and convertible versions. Engines are likely to mirror the two-door 8-Series range, with turbocharged straight-six and V8 engines being offered.

The M8 looks set to use a twin-turbocharged 4.4 liter V8 pushing over 600 horsepower and utilise BMW’s M xDrive all-wheel-drive system. The M8 Gran Coupe will aim to battle other luxury sedans including the Panamera and AMG GT sedan. We’ll find out later in the year when the production 8-Series and M8 are revealed in full.