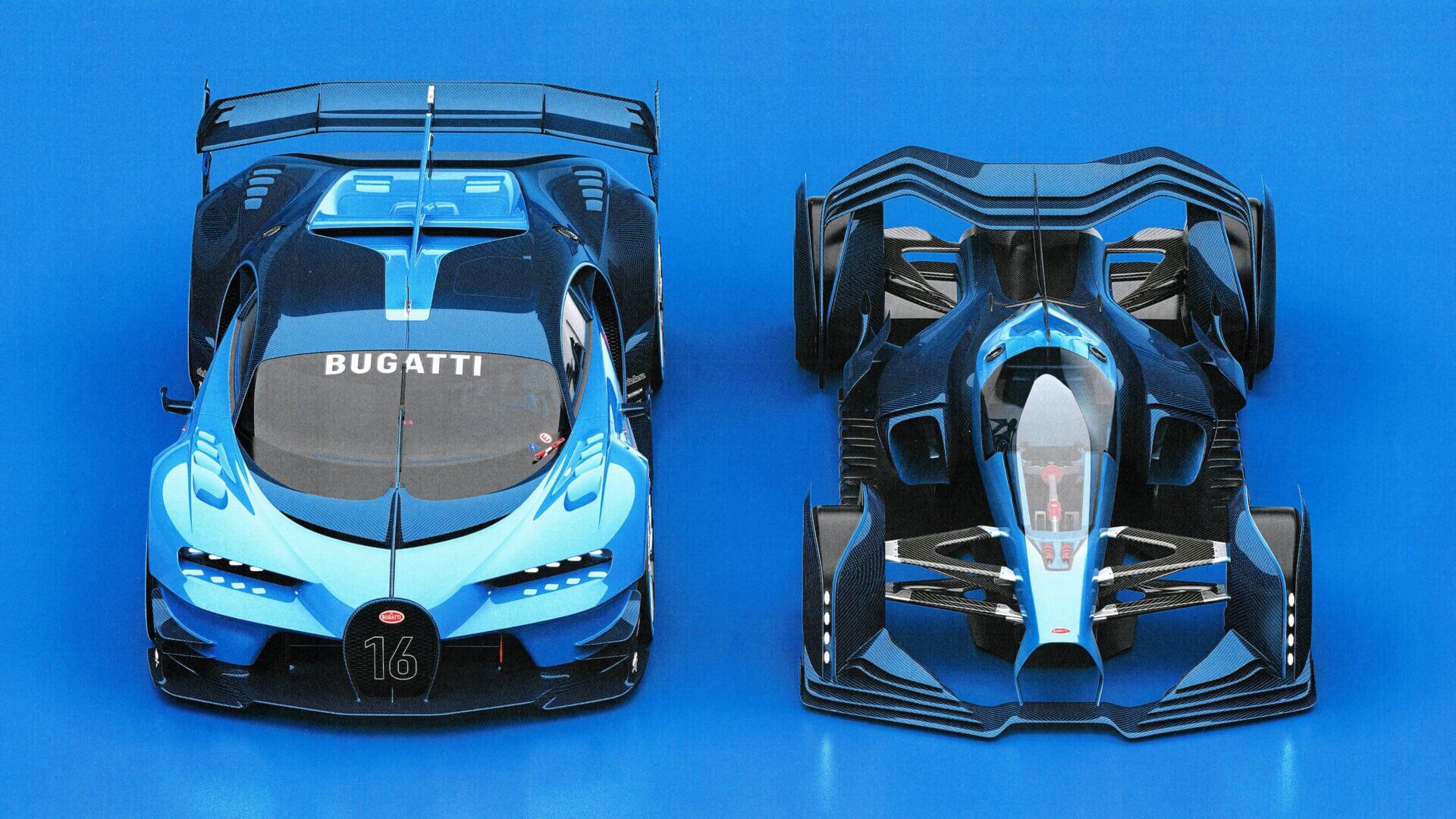 Gran Turismo’s ‘Vision Gran Turismo’ project has provided us with many weird and wonderful cars. Since the scheme first started, back with 2013’s Gran Turismo 6, we’ve seen automotive brands clamor to have their concept cars included. Some have even come back for a second attempt and, it turns out, Bugatti was one of those brands.

Freelance CGI artist and automotive designer Andries van Overbeeke has revealed in a post on Reddit that he was involved in a design study to create a second Bugatti Vision GT car. The first, a race car based around an as-yet unreleased car, actually previewed the Chiron, and was fully functional. Bugatti even sold the car on to a customer.

According to van Overbeeke, his futuristic designs for F1 cars — also posted on Reddit, in 2015 — attracted Bugatti’s attention. The brand invited the Dutchman, from Delft, to take up an internship position. During this three-month posting at Bugatti’s corporate head office in Wolfsburg, Germany, he worked on a secret design for a second vehicle.

Unlike the original vehicle, this unnamed Vision GT is pure race car. It’s a single-seat, open wheel race car, with a closed cockpit and enormous aerodynamic surfaces. There’s no connection to Bugatti’s recent road cars, with the VGT more akin to the Red Bull X series of racers — and van Overbeeke confirms the Bugatti would also have been a fan car.

One inspiration for this VGT was Bugatti’s Type 35 race car. Often held to be the most successful race car ever made, the Type 35 racked up some 1,000 race victories — largely in Europe, but sometimes further afield.

From its introduction in 1925 the Type 35 won five successive Targa Florio races, and the first two Monaco Grands Prix in 1929 and 1930. The Monaco circuit appears on the concept’s bodywork, with laurels representing Bugatti’s wins in 1929 and 1930, and with the Type 51 of Louis Chiron in 1931. We’re not quite sure why van Overbeeke put the name of Audi LMP1 driver Benoit Treluyer on the cabin however.

While at first glance the formula-style car has little resemblance to a Bugatti, there’s a few details if you look closer. For starters, van Overbeeke has replicated the Bugatti horseshoe in the front wing mounts. The large oval duct at the rear resembles the rear window of cars like the Type 57 Atlantique, which also sported a midline ridge at the rear. Quad headlights in each wheel nacelle appear to be a nod to the Chiron.

Sadly, it doesn’t look like we’ll ever get to see the second Bugatti VGT. While confidential at the time, van Overbeeke notes he can publish the designs now, suggesting that Bugatti has no further use for them five years down the line.

Some spirit of the design may continue however. The upcoming Lamborghini Lambo V12 has a similar fundamental structure, although with significant differences in the major components like the suspension layout and powertrain. Mitja Borkert’s Lamborghini design is also far more angular, relying on triangles and triangular vertices appropriate to the brand.