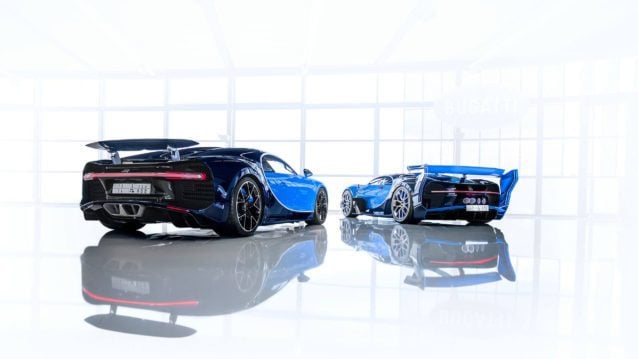 This is certainly interesting. For those so inclined, snagging a shiny and new Bugatti is hardly a newsworthy event. It’s a different story altogether when the one-off Vision Gran Turismo that was shown off at last year’s Frankfurt motor show is claimed, and seemingly right under everyone’s nose.

Purchased in tandem with the Chiron first shown at the Geneva Motor Show, Prince Badr bin 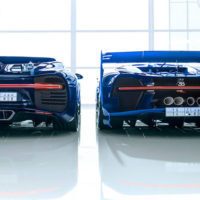 Saud has been identified as the buyer; getting the jump on other prospective clientele on this apparent classified auction after “submitting the most convincing bid.” While no price has been mentioned you can rest assured that the bounty was a hefty one in the millions.

Interestingly, neither car has been outfitted for extended road use, with the Chiron being a pre-production model, and the Vision GT car being an out-and-out concept specifically designed to celebrate the French super sports car marque in Gran Turismo. While both are fitted with a functioning 8.0-liter W16 powerplant, they’re unlikely to become daily drivers and would instead be primarily used as show pieces.

For the rest of us mere mortals, the next-best way to sample the Bugatti Vision Gran Turismo will be in GT Sport when it releases mid-November. Maybe if we’re lucky, the Chiron will be one of the many cars added to the game post-release. Then, we can all live like digital princes!

Andrew Evans · Aug 4, 2016· Comments
Gran Turismo series partner Toyota has revealed a special, limited edition version of its Toyota Yaris hatchback, which not only bears the Gran Turismo 7 name but comes with a free copy of the game and a PlayStation 5 console.

Andrew Evans · Aug 4, 2016· Comments
After it surprisingly revealed a new car at the Consumer Electronics Show (CES) in 2020, Sony has taken the covers off a second model at this year’s show — and it looks like it might be planning to build them.

Andrew Evans · Aug 4, 2016· Comments
Porsche has officially taken the covers off its Vision Gran Turismo car, designed specifically for Gran Turismo 7 when it launches on March 4.

Andrew Evans · Aug 4, 2016· Comments
MG’s specialist design center, SAIC Design in London, has created a new concept car that’s not only inspired by gaming, but a games room itself.

Michael Leary · Aug 4, 2016· 13 Comments
Although Lamborghini has now officially pulled the wraps off its latest nostalgia project, the Countach LPI 800-4, you’re already too late to buy one.

Andrew Evans · Aug 4, 2016· 21 Comments
Genesis has unveiled a trio of new racing car concepts designed in collaboration with Gran Turismo, destined to take their places in the racing game series in the near future.

Andrew Evans · Aug 4, 2016· Comments
Nissan has taken the covers off the latest model of its flagship performance car, the GT-R Nismo, ahead of its market launch later this year.