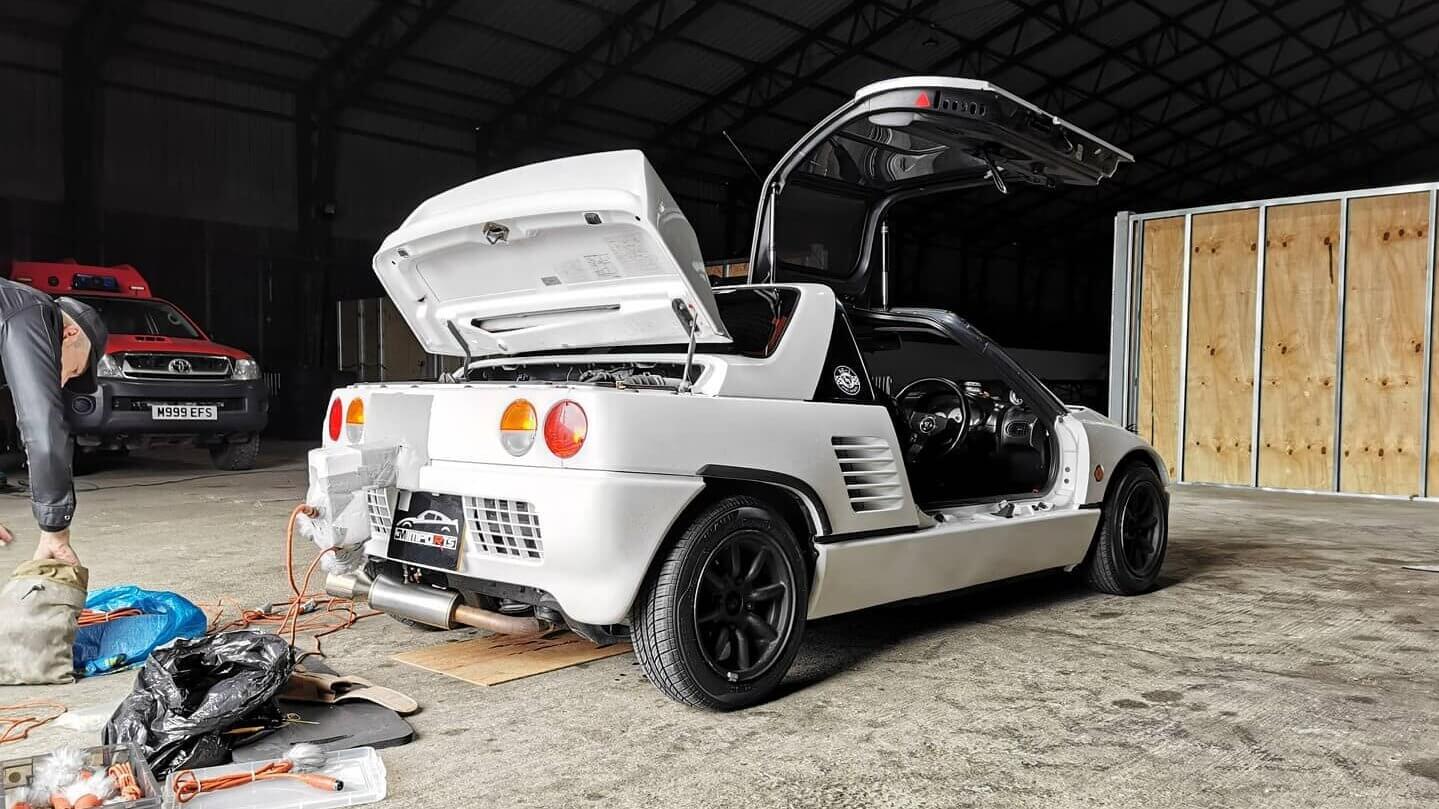 According to a social media post from a UK-based Japanese car specialist, Codemasters has been capturing some details of the Autozam AZ-1 for an upcoming game.

The information comes via the Facebook page of JM-Imports. As the name suggests, the company specializes in importing Japanese cars to the UK market. It’s been in business for nearly 20 years, and its current stock list looks like a used car dealership from a Gran Turismo game.

However, the car in question isn’t destined for a Gran Turismo title, but an un-named game from Codemasters. The Facebook post mentions that JM-Imports took its own Autozam AZ-1 to the Blyton Park circuit in Lincolnshire, UK, for an audio recording. We can see from the images that the Codemasters developers taped a bunch of microphones to the car, and the post notes that this was for recording the car’s sounds out on track:

In case you’re not familiar with the Autozam AZ-1, it’s one of the most interesting cars ever produced under Japan’s keijidosha — or “kei” car — regulations. These rules set maximums for various vehicle dimensions, along with engine capacity and power, and often produce relatively square vehicles that are variations on the same theme.

Mazda, parent company to the short-lived Autozam brand, opted for a different approach. Sticking with the maximum 660cc, 63hp engine allowances, Mazda created a sports car. The AZ-1 is a mid-engined, two-seat coupe, with gullwing doors — a far cry from the normal kei car. Mazda even made a tuned Mazdaspeed version, mainly focused on aesthetic changes, but also with a limited-slip differential and sports suspension.

It’s worth noting that the JM-Imports car isn’t a stock AZ-1. The car sports some of the Mazdaspeed upgrades — notably the large rear wing — and that exhaust exist isn’t original (though a pretty common mod) either. That might suggest that, whatever the game in development is, there’ll be vehicle modifications. The Facebook post also notes that JM-Imports branding will be part of the game too.

Quite what the game is, we don’t know. The only current Codemasters property racing game that the Autozam AZ-1 would even fit into is Project CARS, but the Facebook post suggests that the car belongs to “an upcoming game”, which would seem to rule out Project CARS 3. As for the AZ-1 itself, the last time we saw it in any game was 2013’s Gran Turismo 6.

We’ve reached out to JM-Imports for any further information, though it’s likely to be subject to a non-disclosure agreement.

Thanks to Filipe1020 for the initial tip!

Andrew Evans · Oct 3, 2020· Comments
GTPlanet had the opportunity to sit down with Gran Turismo series creator Kazunori Yamauchi as part of a round-table interview during the recent GT World Series Finals in Monaco.

Andrew Evans · Oct 3, 2020· Comments
One of the bigger stories surrounding Gran Turismo in 2022 is production finally beginning on the long-awaited movie of the same name.

Andrew Evans · Oct 3, 2020· Comments
As the curtain drops on another exciting season of the Gran Turismo World Series, Polyphony Digital is already looking forward to a bigger and better 2023.

Jordan Greer · Oct 3, 2020· Comments
Ferrari has finally unveiled its highly anticipated Vision GT project car during the Gran Turismo World Finals here in Monaco. As you might expect from the famous Italian company, it’s quite a looker!

Jordan Greer · Oct 3, 2020· Comments
GTPlanet is here in Monaco for the Gran Turismo World Finals and Gran Turismo’s 25th Anniversary event, and we had the chance to sit down with GT series creator Kazunori Yamauchi.