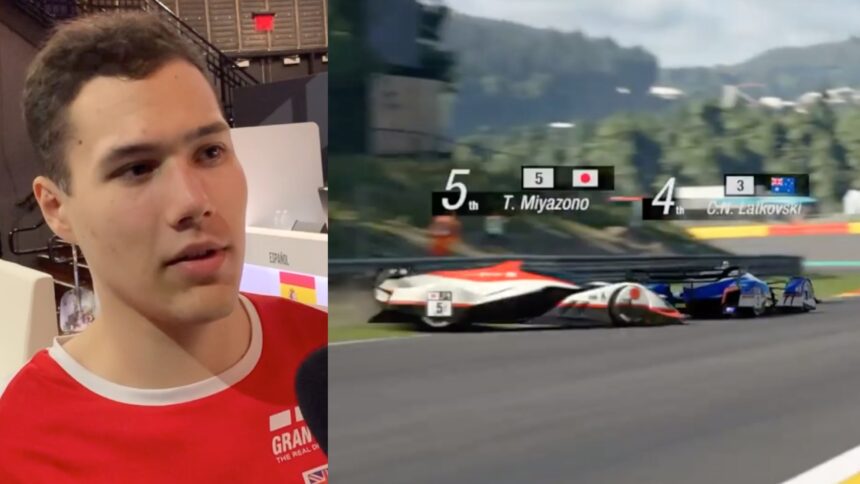 Heading in to Gran Turismo’s New York World Tour event, Cody Nikola Latkovski was the talk of the town. After an incredibly strong performance at the Nurburgring — where he finished second in both the Manufacturers Series and Nations Cup — everyone expected this would finally be Cody’s time to shine.

Of course, Latkovski’s aggressive driving has also made him a target for critics. Both of his Nurburgring performances were not without controversy, as he traded paint with Simon Bishop on the Nordschleife in the Manufacturers Series and knocked Coque Lopez off track in the last corner of the Nations Cup final.

Cody Nikola Latkovski knows he is one of the more controversial players in the @thegranturismo #FIAGTC World Tour. Here's what he had to say when we asked him about it at the New York event: https://t.co/cB4OaW3lyA pic.twitter.com/JXd1NDZDid

Latkovski’s consistently strong finishes scored him a solid second-place in GTPlanet’s August 2019 Nations Cup Driver Rankings. His reputation for speed and aggressiveness has made him one of the more divisive drivers on the World Tour, and Cody again found himself in the spotlight in New York.

It all started out well enough in the Manufacturers Series, as Latkovski valiantly fought two epic battles with Adam Suswillo to bring home a victory for the Mercedes.

“I have to thank my brilliant teammates Anthony Felix and Bernal Valverde. They did a really amazing job in the races to keep calm under pressure, did not lose too many places, and just ticked all the boxes,” Latkovski said. “They put me in second position for my Fuji race. Adam Suswillo in the Aston […] it was a lot of fun racing him!” 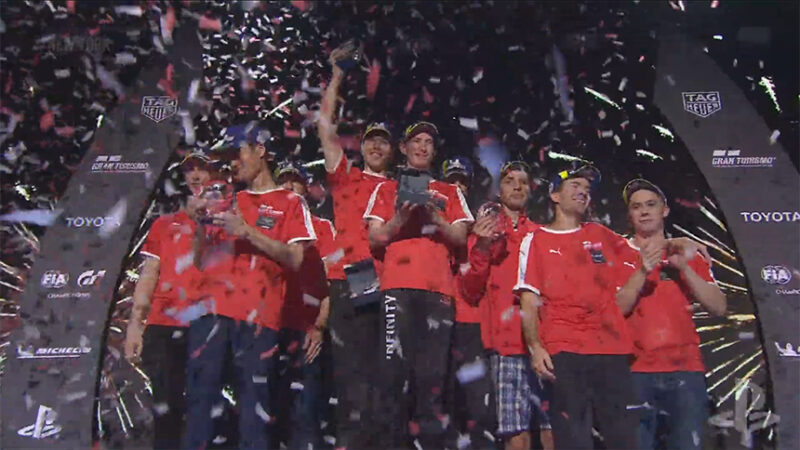 Cody was quite animated during the race with Suswillo, but says he was not upset. “It looked like I was complaining; I was just keeping back and letting him go ahead and drive. The tone in my voice didn’t really seem like that, but we had a nice little tussle and I enjoyed it a lot.”

Indeed, the racing between Latkovski and Suswillo was captivating, and it was a well-deserved win for Mercedes. In Cody’s opinion, this shows he has what it takes to race cleanly.

“I think that this Manufacturers Series proves [the critics] wrong,” Latkovski said. “I have been telling everyone that I have been working on myself, I have been trying to drive aggressively in terms of pace but still be aware of those around me. Not forcing anyone off, or cracking under pressure.”

Unfortunately, Cody’s redemption in the eyes of his critics was short-lived. In the Nations Cup final the very next day, after a crash, Cody returned to the circuit and blocked and crashed Takuma Miyazono — a driver who was about to score a podium finish in his World Tour debut using a brilliant and unprecedented three-stop strategy. 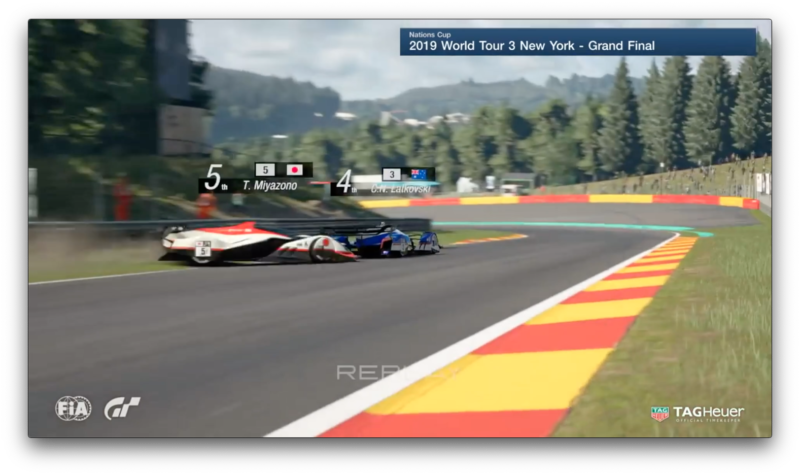 “The problem with Spa Francorchamps is that the astro-turf is so unreliable. The moment you touch it, the car decides that it is not going to listen to your steering wheel anymore. I could not do much about it, but I should have been a bit more cautious,” Cody said.

While recovering from the accident, Latkovski did not expect to see Miyazono approaching so quickly. “I did not really see Miyazono-san, I was shocked having done the mistake. While getting back up to pace, I saw him at the last second, and I went in to block, but it really wasn’t early enough.”

The two collided in a violent impact that sent Miyazono flying into the run-off area at Pouhon. “I regret what happened. I apologized to [Miyazono] after the race. He didn’t really seem that happy — he lost a podium because of it.”

Latkovski knows it was a bad move, but insists that he is still working on himself. “It shows that I am getting there. I need to mature just a little bit more, then I can start thinking about trying to get some wins in the Nations Cup.”

Indeed, now that Cody has tasted victory in the Manufacturers Series, only an elusive World Tour Nations Cup win stands in his way. He will not have long for his next shot, as the World Tour resumes in Salzburg, Austria, in just a few weeks (September 13-14).

Cody Nikola LatkovskiWorld Tour
48 Comments Discuss this post in our forums...
Can You Beat the Impossible Gran Turismo Quiz?

Gran Turismo Sport 728 Jan 13 by Andrew Evans
There’s a certain sibilance surrounding the circuits in this week’s set of Sport Mode sprints. The new selection of three races features some friends from right back when GT Sport…

Gran Turismo Sport 728 Jan 6 by Andrew Evans
To quote old man Biff Tannen, “there’s something very familiar about all this”. GT Sport Daily Race regulars will be feeling a twinge of deja vu this week, at least…