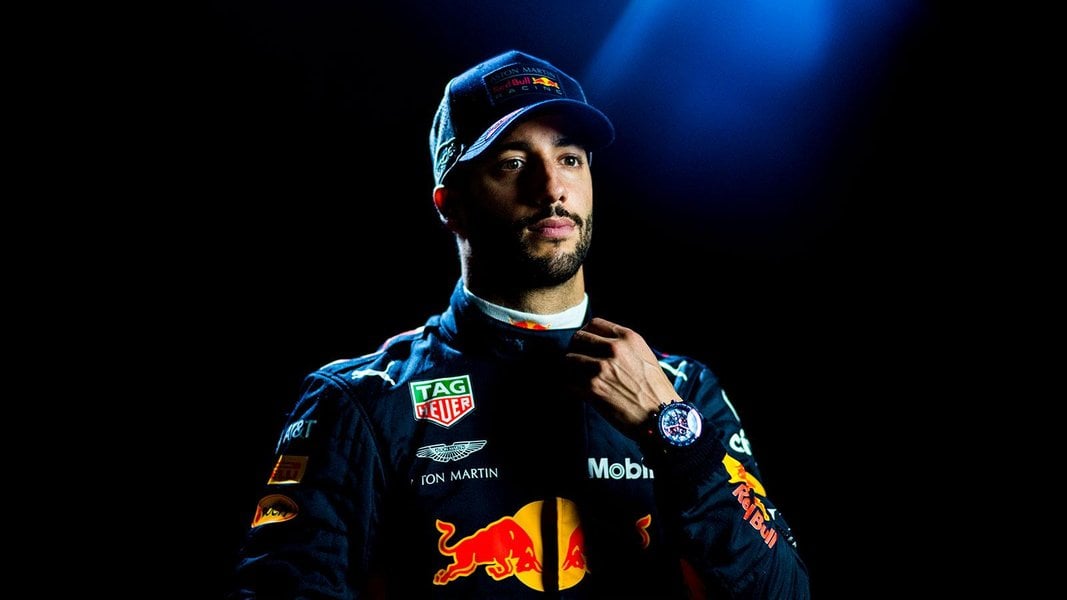 Aston Martin Red Bull Racing has announced that Australian driver Daniel Ricciardo will leave the team at the end of the current season.

Ricciardo, 29, has been a Red Bull driver since 2008. He made his F1 debut in 2011, replacing Narain Karthikeyan at Hispania midway through the season, before joining Scuderia Toro Rosso in 2012. Ricciardo made the step up to the main Red Bull team in 2014, as a replacement for the retiring Mark Webber, and has been part of the team ever since.

In his first season at Red Bull, Ricciardo handily outscored his team-mate — the defending quadruple world champion Sebastian Vettel — by over 70 points, finishing third overall. He won three races (to Vettel’s none), and finished on the podium eight times, as the best non-Mercedes.

Although Ricciardo has never been beaten over a season by a Red Bull team-mate, the relationship seems to have soured in recent months. With Dutch driver Max Verstappen as a colleague, the two Red Bulls have come into contact with one another on several occasions. The most notable of these was a bizarre incident in Baku which caused a double-retirement and significant controversy over who was at fault.

Despite these collisions and Ricciardo’s superior points haul, Red Bull chose to give Verstappen a new contract that made him the third highest-paid driver in the sport — behind Lewis Hamilton and Vettel.

“We fully respect Daniel’s decision to leave Aston Martin Red Bull Racing and we wish him all the best in his future. We would like to thank him for his dedication and the role he has played since joining the Team in 2014, the highlights of course being the seven wins and the 29 podiums he has achieved so far with us.

“We will now continue to evaluate the numerous options available to us before deciding on which driver partners Max Verstappen for the 2019 season. In the meantime, there are still nine races left in 2018 and we are fully focused on maximising every opportunity for Max and Daniel for the remainder of the season.”

While Red Bull look to replace Ricciardo for next season’s Red Bull-Honda car, Ricciardo has already made his own move. He’ll be sticking with Renault power and moving to the Renault factory team for 2019.

“Daniel’s signing underscores our determination to accelerate our progress towards the forefront of the sport. It is also a recognition of the work accomplished over the past two and a half seasons.

“Daniel’s undoubted talent and charisma are a huge bonus and statement for the team. We will have to repay his faith in us by delivering the best car possible. We welcome him to our growing team in 2019 with a great deal of pride, but also humility.”

Ricciardo’s arrival no doubt spells an end to the tenure of one of Renault’s current drivers: Carlos Sainz and Nico Hulkenberg. There’ll likely be more driver change news in the near future.