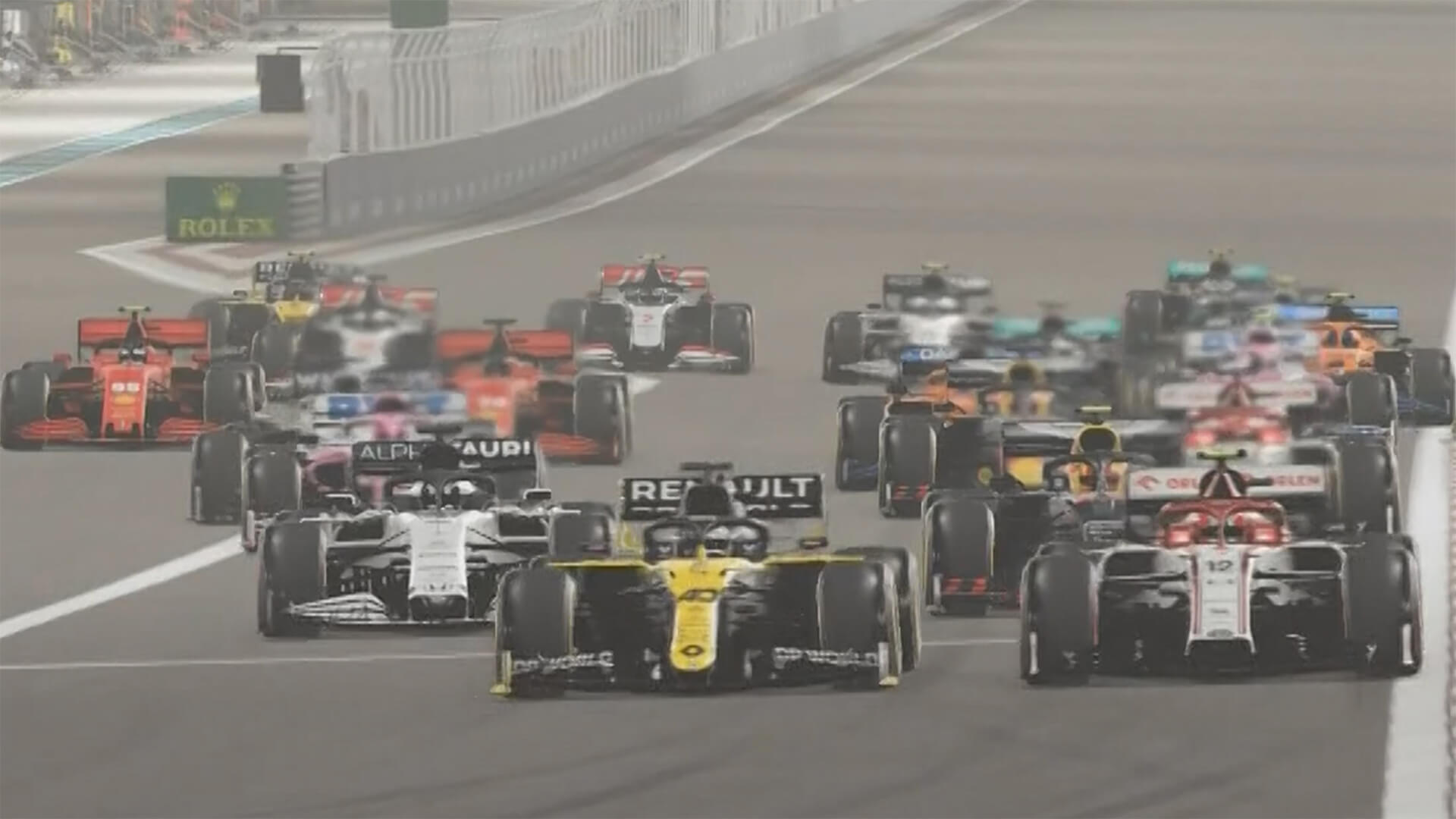 After almost two months of racing, the 2020 F1 Esports championship comes down to the final round. The last three races, taking place on December 16 and 17, will determine the destination of both driver and constructor titles, and they’re looking pretty close.

Whatever happens in the finale, there’ll be a new F1 Esports champion. Brendon Leigh, who won in 2017 and 2018, and last year’s champion David Tonizza, are both too far down the points table in 6th and 7th to mount a challenge. That means a new name will be on the trophy for the second year in a row.

The man currently leading the way is Alfa Romeo driver Jarno Opmeer. Across the nine races run so far this season, Opmeer has won three and placed on the podium another four times — in fact he’s never finished outside the points. However, after an early season run of untouchable form, the Dutch driver has slipped back into the grasp of the chasing pack.

Trailing Opmeer by just 19 points going into the two races this evening is Frederik Rasmussen. Like Opmeer, Rasmussen hasn’t finished outside the points yet this year, and the Red Bull man has made four trips to the podium, including two wins. He’s being chased hard by Red Bull team mate Marcel Kiefer, who’s 13 points further back but still in with a solid shout.

With two drivers in the top three, Red Bull also leads in the constructor championship. The team has a 32-point lead over Alfa Romeo, with Opmeer’s team-mate Daniel Bereznay fifth in the driver’s championship, putting it on course to retain its 2019 title.

Two of the final round races take place tonight, starting at 1930 UTC, at Suzuka and Mexico City, and with the table as tight as it is, the titles might not be decided tonight, requiring a final race run-off at Interlagos tomorrow. However, Rasmussen will take some confidence into the races knowing that he’s on pole position for both, following qualifying earlier today.

You can watch the entire event live below: