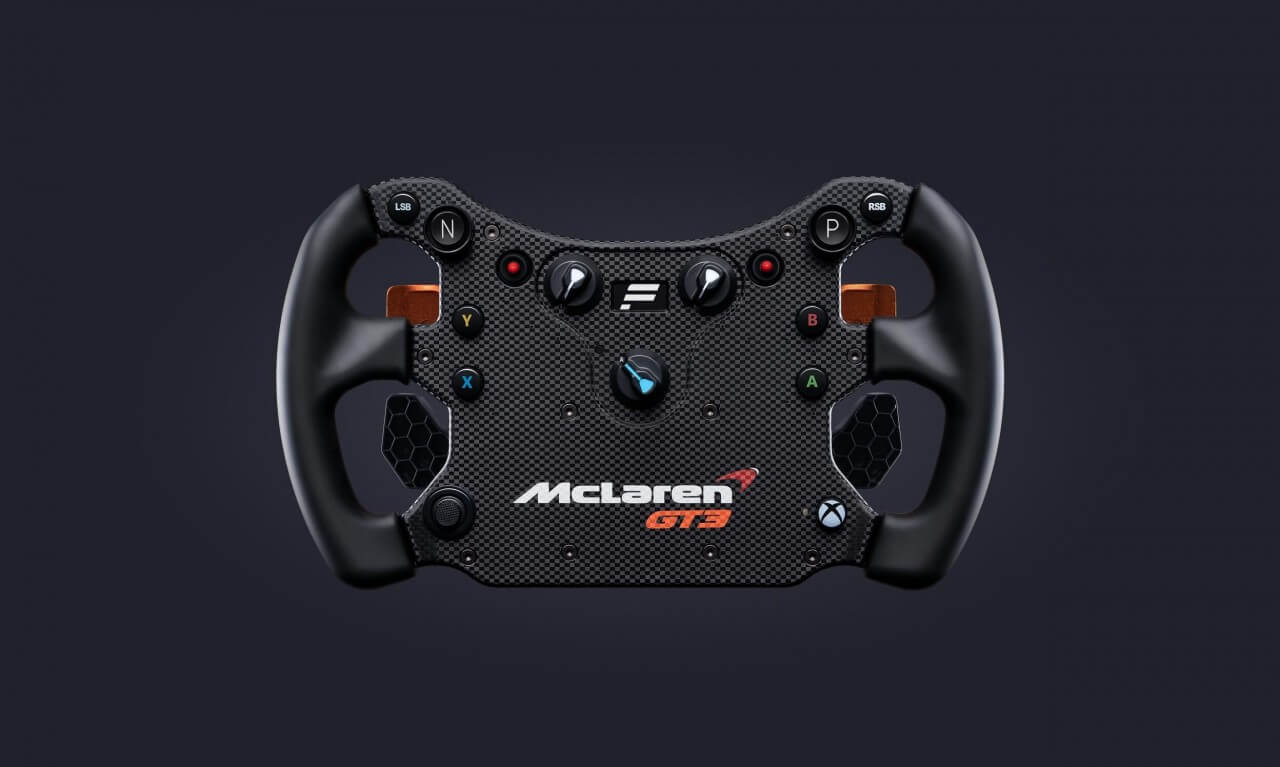 Fanatec has revealed a new version of its CSL Elite Steering Wheel, based on the original McLaren GT3 item. Unsurprisingly called the “McLaren GT3 V2”, Fanatec describes it as a refinement of the original, with redesigned electronics.

It’s an officially licensed item, built by Fanatec as a 1:1 reproduction of the wheel you’d find if you happen to be in the driving seat of a McLaren 720S GT3. McLaren Automotive supplied Fanatec with the CAD data for its real-world item, and the wheel is almost an identical copy for sim racers.

There’s a number of changes from the previous model. Firstly, the V2 features the new Simplified Quick Release system. Players can swap the wheel on and off the wheel base by hand, with no tools necessary, though they can also swap this adapter for the ClubSport Quick Release Adapter which allows for high torque mode on Fanatec Podium wheel bases.

In addition, there’s a revised shifting mechanism. The paddle is a single piece of McLaren Orange-anodized aluminum, acting as a rocker so it’s possible to shift up or down with just one hand. It features a longer throw than before and magnetic resistance, allowing for better shift feel.

One difference you will notice, if you happen to be a McLaren GT3 driver, is the missing fourth rotary switch. This is usually at the center of the other three, but on the sim item it’s replaced with a one-inch white OLED information display.