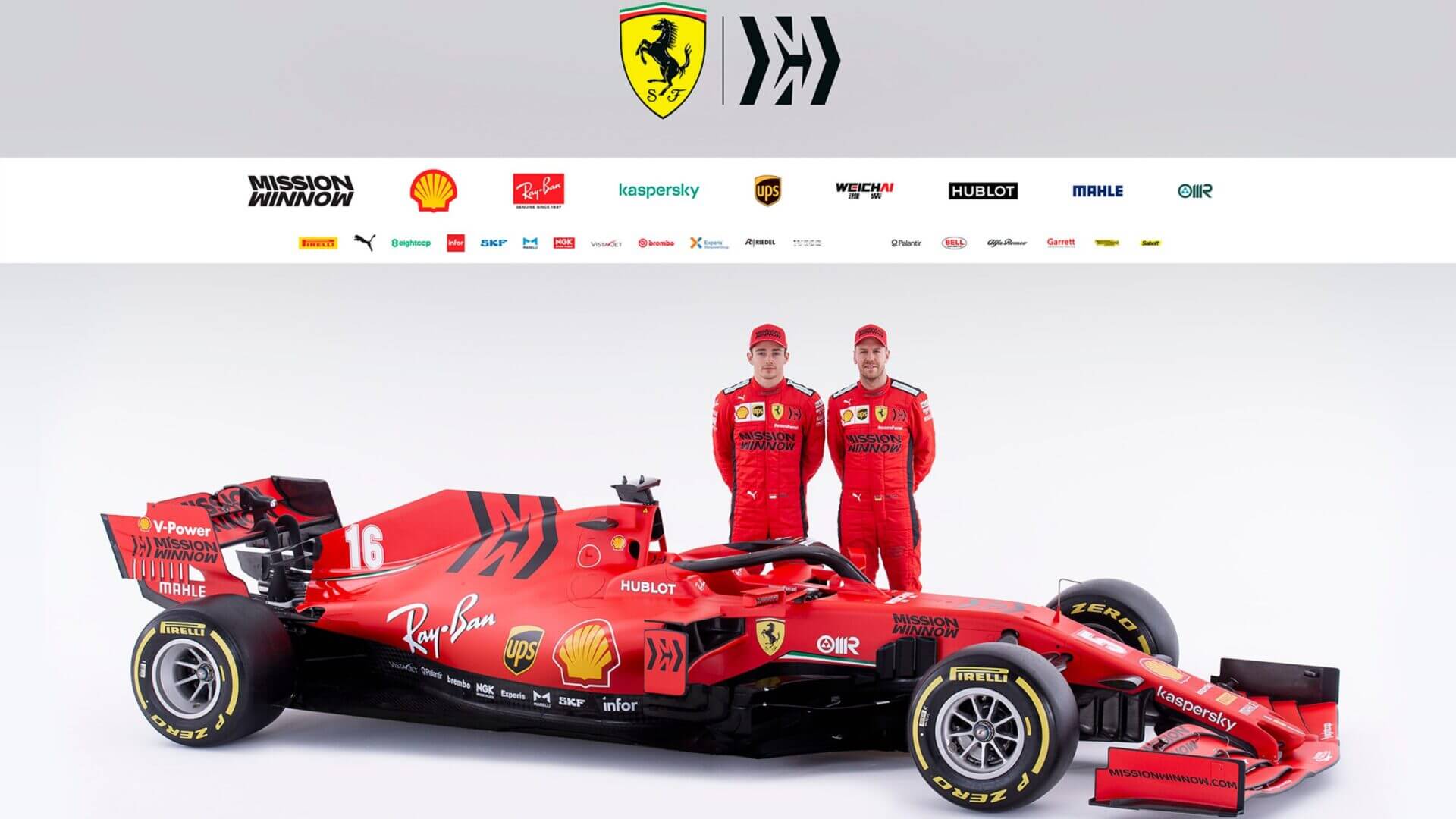 The official car reveals for the 2020 season of Formula One begin today, with Ferrari the first up to bat.

After performances by an orchestra, choir and ballet dancers, one too many mentions of pasta, as well as speeches from CEO Louis Camilleri and Team Principal Mattia Binotto, Ferrari revealed this year’s F1 car. Say hello to the team’s 66th F1 entrant: the SF1000.

This year’s chassis bears a name marking the fact that Ferrari will contest its 1,000th Grand Prix this season. With relatively stable rules persisting from 2019, the SF1000 builds on last year’s SF90 rather than being something entirely new. However the team clearly appears to have prioritized downforce for this year’s effort. Both the airbox intake and sidepods now feature winglets to help keep the car better planted through corners.

Four-time world champion Sebastian Vettel, who’ll again drive the #5 car in 2020, pointed out the tighter packaging of the rear end, again hinting at a focus on better downforce.

While subtle, the changes should help the Prancing Horse take the fight to Mercedes without any setbacks. Teammates Charles Leclerc and Sebastian Vettel finished fourth and fifth last season respectively, while the SF90 propelled Ferrari to second in the constructor’s championship. That wasn’t through lack of pace, rather errors from both the drivers and team which saw it leak points to its Brackley-based rival.

The SF1000 is set to take its maiden laps at Circuit de Barcelona-Catalunya when pre-season testing kicks off next Wednesday, February 19. If the team from Maranello put in half the amount of effort into this year’s car as today’s theatrical performance, Mercedes has something to worry about.

As for the rest of the grid, further reveals are scheduled throughout the next few days. We’ve already seen some of the car Haas hopes to move it back up the grid, ahead of its official launch in Spain, while Mercedes is due to reveal all on St. Valentine’s Day.