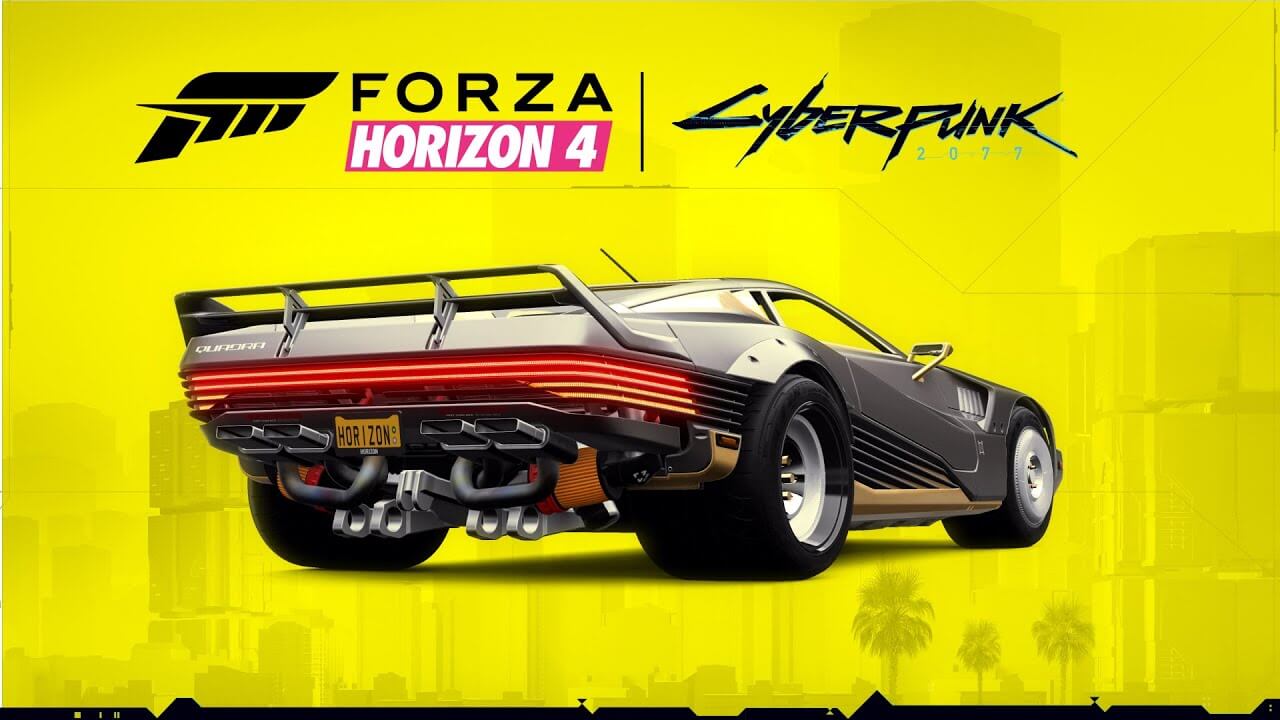 Starting today, Forza Horizon 4 players can get a small taste of the Cyberpunk universe, with a new car available to all players.

The car in question is the Quadra Turbo-R V-Tech. Don’t worry if you’ve never heard of the brand before, because it doesn’t exist yet. The car comes straight from the futuristic universe of Cyberpunk, and by the timeline presented in the various media won’t hit the roads for another 38 years.

Sporting a classic wedge shape, the Turbo-R is the car of Cyberpunk 2077 protagonist “V”. Although it runs on a fictional fuel called CHOOH2 (“chew-two”) in the Cyberpunk world, there’s no fueling concerns in FH4. It’s simply a 607hp, twin-turbo V8, on a 2810lb (1250kg), all-wheel drive platform… with some of the widest rear tires we’ve ever seen.

You can pick the car up by simply winning a street race in Edinburgh. It’s called “_:NIGHTCITY.EXE:_”, named for the Night City setting of Cyberpunk 2077, and you can find it by a unique yellow Street Scene icon just east of the city. Win the race and the Quadra is yours — we’d recommend an S-class car like the Lamborghini Huracan for best results.

Of course, it’s far from the first fictional car we’ve seen in Forza Horizon 4. The game also sports the Quartz Regalia and Type-D from Final Fantasy XV, and Master Chief’s M12S Warthog CST from the Halo series. Beyond the gaming sphere, there’s also the various Hot Wheels vehicles, and the LEGO Speed Champions cars from the appropriate expansion.

As far as we’re aware, there’s no time limitation on the event, so you can pick up the Quadra whenever you’re ready.