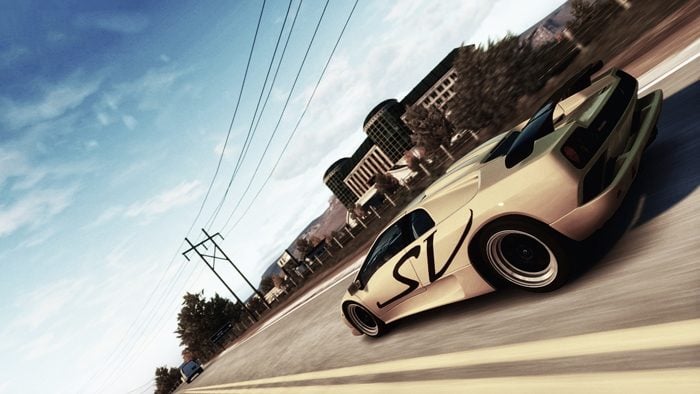 Racing game fans on the Xbox One (and 360) can look forward to another free title next month. As part of the Games With Gold program, the original Forza Horizon will be free to all players with an active XBL Gold subscription.

Forza Horizon arrived on the Xbox 360 in 2012, taking the Forza franchise in a new, open-world direction. This new approach brought with it a smaller car list than the Motorsports series: 136 cars were available at launch, swelling to just over 200 with all DLC included.

The game also marked a few innovations for the franchise. It was the first Forza title with dynamic time of day, now a mainstay in the Horizon series. The game brought rally racing to the over-arching Forza series via a dedicated expansion pack as well.

Undoubtedly a planned tie-in with Horizon 3’s launch later on in September, FH1 is the second free arcade open-world driving game this summer (The Crew was another GWG title back in June). This is the first 360-era Forza title to join the Backwards Compatibility program: here’s hoping FM4 isn’t far behind…

Forza Horizon will be available to download for free for all XBL Gold members from September 1–15, on both Xbox 360 and Xbox One.

Forza HorizonGames With Gold
The original comments for this post are no longer available.
Logitech G923 Review: Mainstream Mainstay