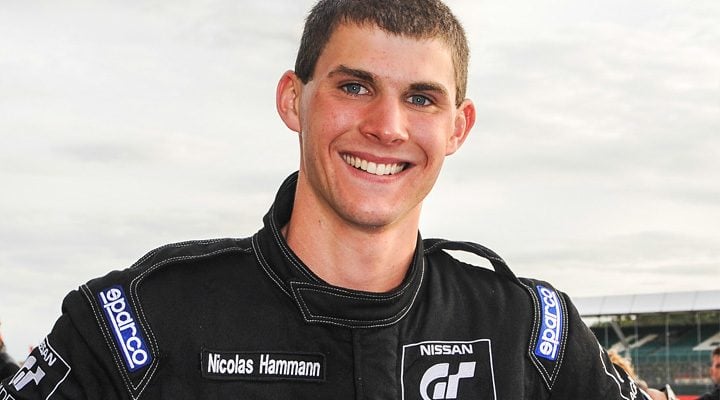 Nicolas Hamman, who won the 2014 US GT Academy, will participate in NASCAR for the first time this weekend after securing a seat for the XFINITY series race at Watkins Glen. Driving the #74 Mike Harmon Racing Xfinity Car, Hamman will make his debut at the famous circuit in a Dodge branded stock-car.

Hamman has made appearances in many different race series including but not limited to the Nissan Micra Cup and the Pirelli World Challenge, however this is by far the most illustrious coup to date. Commenting on the upcoming opportunity, he posted to his fans on Facebook:

“Very excited to announce I will be attempting to qualify for my first ever NASCAR XFINITY Race at Watkins Glen International this weekend! Thank you to Quest Engineering, NW Shelby Club, and Ted Yewer for making this a reality! Also thank you to my family for their continued support and help! I cannot wait to hit the track tomorrow in the #74 Mike Harmon Racing Xfinity Car to begin the weekend! Make sure to follow the action! ‪#‎gtacademy‬ ‪#‎dreamscometrue‬‪#‎questengineering‬ ‪#‎nwshelbyclub‬“

The Zippo 200 Watkins Glen International is the 20th race in the Xfinity series calendar, comprising 82 laps on the 2.45 mile circuit, with the race kicking off at 2PM this Saturday. As always, it’s fantastic to see some GT Academy Alumni representing the racing programme in a major series such as NASCAR. We wish Nicolas the best of luck for the weekend!

GT AcademyNASCARNicolas Hammann
The original comments for this post are no longer available.
GT Sport Brake Light Quiz: Spot the Car from Just the Brake Lights