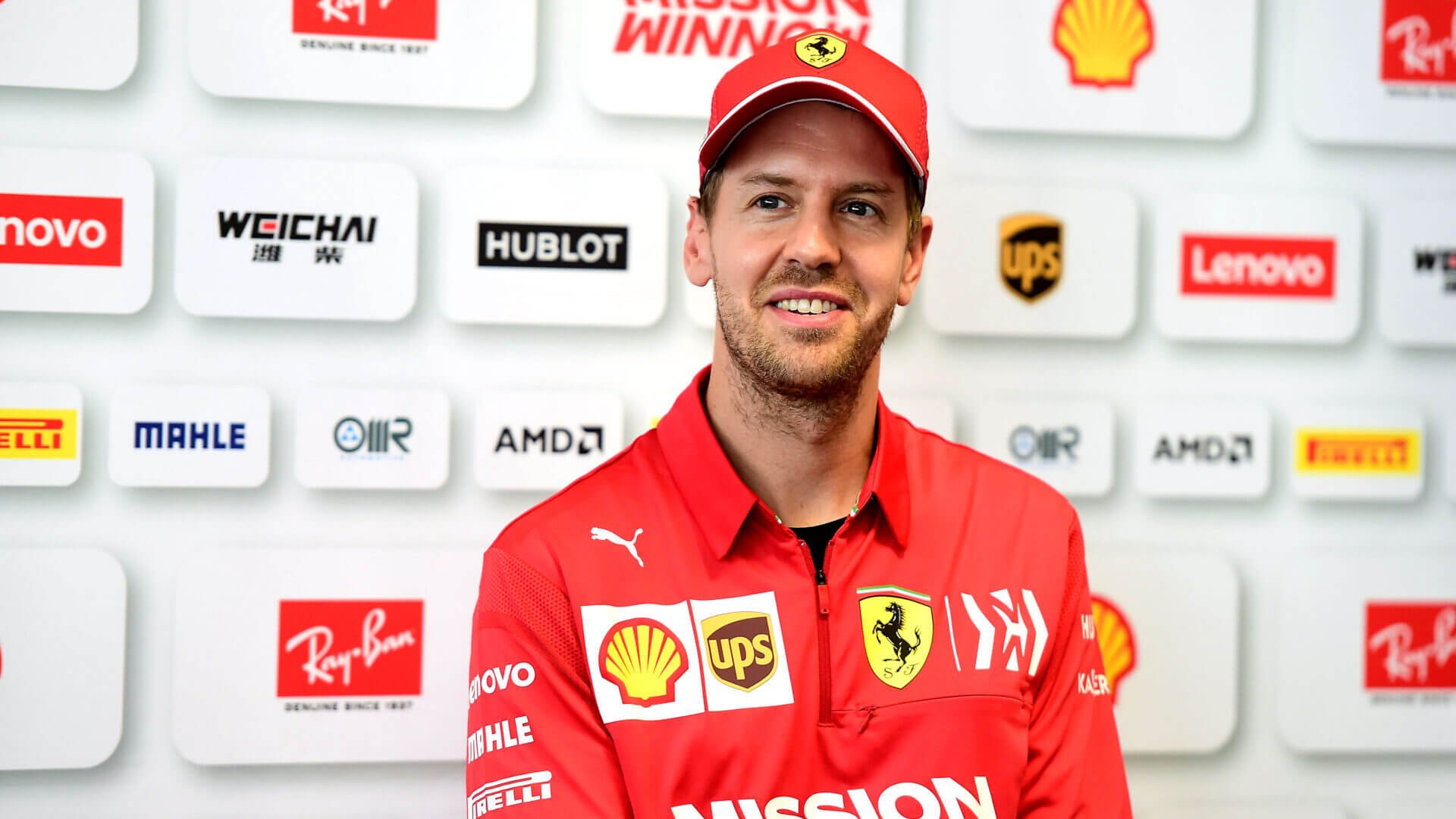 This article was published by Andrew Evans (@Famine) on May 12th, 2020 in the Formula One category.

What I wouldn't give for a Vettel/Red Bull Honda championship in 2021.....

Article
The 2015 season was the first year of the hybrid era
Click to expand...

I feel like Ricciardo is the natural choice here. Sainz might not be a bad option here either.

My dark horse candidate would be Hulkenberg so he can finally get that podium, but that would only happen if there was a contract breakdown with multiple other drivers.

As for Vettel, unless something happens to Bottas at Mercedes he's probably going to retire. There isn't enough competitive cars on the grid, which is the main thing that I hate about F1. I'm not a Vettel fan, but it would suck to see him rot away in a Renault for a couple of years before retiring.

Well,was about time! Now we have to know which driver will be the partner of Charles Leclerc. 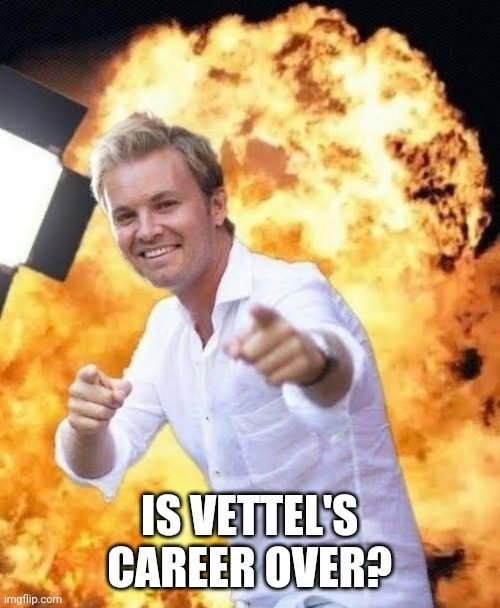 Who says you need racing to have a silly season?

As much as I am a fan off Vettel, I feel he has crumbled under the pressure, Danny Ric has been wasted for two seasons, he is the man Ferrari need and would be a perfect team mate to Charles LeClerc.

Donnced
Well,was about time! Now we have to know which driver will be the partner of Charles Leclerc.

Alonso might cause too much upset but would be good..

My moneys on Ricciardo as hes in his twilight years, F1 wise, then Sainz, then Bottas

Ricciardo is their best option now.

Sainz as the rumour goes.

Giovinazzi to Ferrari, Seb going to Alfa Romeo because Kimi misses him too much!

My two cents on the Seb thing (if it's even true):


Either Seb sucks it up, and plays second fiddle for the rest of his career, does an Alonso and lets his career die with a whimper driving in a slower car or he pulls out of F1 now while he still has dignity.


I really have grown to like Sebastian as a driver, but it's over now. It's been fun, but it's pretty much over for him in terms of contending for titles unless he changes to Mercedes or Ferrari favour him instead of Leclerc, neither which I see occurring.

I think it's in Seb's best interests to stay though: Ferrari's not like Red Bull and

over their winners the second a faster, younger driver comes through.


Ferrari has a great team atmosphere despite the setbacks in recent years, and realistically nobody in their academy is good enough to replace Vettel yet (Armstrong and Shwartzman aren't ready for F1 yet) so it's up to Seb, like I said before he has three choices and staying with Ferrari is probably the best option career wise.


Mick Schumacher is nowhere near ready for F1 yet. People keep making him up to be more then he is right now. He could be good enough given a year or two but Ferrari will have four juniors in F2 learning the ropes so they will be making choices then.


The twilight of his career all depends on this: either he puts down the helmet and reflects on an incredibly successful career, plays wingman to Charles Leclerc until retirement, or does a Ricciardo and takes a massive gamble with a smaller team. He is a sublime gifted driver and one I have loved watching, and I hope this next step in his career is the right one for him.

Mick Schumacher as new number 2? Might be good for the brand.

I mean, Ferrari and Vettel issued a joint statement and I quoted it in the article, but okay.

Vettel swapping with Bottas would be EPIC.

numbnuts70
Vettel swapping with Bottas would be EPIC.

ooh yes like a fart in an elevator that would a hot box indeed lol, I think he will do a Rosberg and do the family thing. Its a shame because he has lit the sport up... with his drama if not his driving recently. He would make a good top gear presenter with his wit...

Another Ferarri driver who never achieved their full potential in the car?

I think he's making the right decision and getting out while the getting is good. F1 is in for a bad patch just now.

He will settle into secluded life with his family and old car collection.

I forgot that McLaren is back with a Mercedes engine in 2021. That may end up being a better seat than Ferrari imo.

Dotini
I think he's making the right decision and getting out while the getting is good. F1 is in for a bad patch just now.

He will settle into secluded life with his family and old car collection.
Click to expand...

He says he likes to wrench on cars - I’d love to see him open up a YouTube of him working on cars and driving them. Highly unlikely, based on his character, but the minds of F1 drivers is so interesting.

I’m gonna miss Seb, despite disliking him during his early Ferrari years - I can understand the frustration he was having.


Famine
I mean, Ferrari and Vettel issued a joint statement and I quoted it in the article, but okay.
Click to expand...

phillkillv2
He says he likes to wrench on cars - I’d love to see him open up a YouTube of him working on cars and driving them. Highly unlikely, based on his character, but the minds of F1 drivers is so interesting.

I’m gonna miss Seb, despite disliking him during his early Ferrari years - I can understand the frustration he was having.
Click to expand...

We'll see. In ages gone by, some F1 drivers were polymaths, having skills and interests beyond F1. Lately, all they are is drivers from the age of 5 on. I enjoy Jay Leno's weekly test of some old exotic car. Maybe Vettel will do something like that? :cool:

In A World Without Batman...

Dotini
I think he's making the right decision and getting out while the getting is good. F1 is in for a bad patch just now.

He will settle into secluded life with his family and old car collection.
Click to expand...

Yeah it's a good time to leave, F1 wasn't in a good place even before the crisis. The sport could literally fall apart over the next few years and the financial hit that all sport in general has taken will mean no more salaries like the ones he's enjoyed. He can kick back and enjoy a comfortable family life and maybe do bits here and there like Nico does.

I think Vettel is the type that once F1 shuts its gates to him, he won’t do formula e or WEC etc.

I’ve read a few articles now that are swapping him direct with Danny Ricc.

The only thing I don't understand about Ricciardo moving to Ferrari would be that he would be as much of a #2 at Ferrari like he has been with Red Bull. And he already traded in a front running car to avoid just that, so it would be a bit weird for him to move to Ferrari to become a #2 once more. I always thought he really settled for Renault and the future of that team.

If Ferrari is smart, they won't hire another number one driver. They already tried it last year and it didn't work. Charles' very long contract extension shows that he clearly is the next era at the team, so you can rule out any top drivers moving to Ferrari to have another shot at a championship. With that I would rule out Riccardo, Hamilton and Alonso.

Other people keep suggesting Sainz as a possible replacement for Vettel and putting him into a number two position. The thing is though, McLaren is forming itself around Sainz currently and he has a very strong relationship on and off the track with Norris, so that would be a huge blow to both Sainz and McLaren if they were to part ways. The current pair McLaren has is perfect and they should stick with it for the next couple seasons.

Bottas is currently comfortable at Mercedes despite his contract ending. He's just coming off the heels of his most successful season in F1 to date, so I'm not sure why he'd want to play second fiddle to Leclerc when he could continue to help Mercedes set records. Either way, a move to Ferrari for Bottas is not a move that would benefit him in any way, so I don't see why he would make it.

Raikkonen is done with Ferrari, he had his time. Don't even suggest a third return because it's not happening.

That really just leaves Nico Hulkenberg and Antonio Giovinazzi. Hulkenberg has experience but he never really set the grid on fire and lost his seat to Ocon. He said that he was eyeing a return to F1 "only if it was exciting", and there's certainly not much more exciting than a drive for Ferrari. If Nico is willing to play as number two for Leclerc, I could see it happening.

Antonio Giovinazzi on the other hand is the only other realistic option I see for Ferrari. He's been peddling around with Saubers for a while so hasn't had a chance to show himself off in race-winning machinery yet. He had a weak start to 2019 but really picked up in the second half and even managed an impressive finish of 6th by the end of the season. I think if Antonio puts in another good performance in 2020 on par with the way he ended 2019, he'd be a very strong candidate for a number two driver. I think he would gel well with Leclerc, he's Italian so that would be popular with the fans, and he would be a driver who would respect team orders in a way that most others on the popular picks list right now wouldn't. As a bonus, him leaving Alfa Romeo would open up space for one of Ferrari's four junior F2 drivers to move up into the sport.

(I forgot to mention that Giovinazzi has already done simulator work for Ferrari and tested their car before, so add that to his list of experience)

So, my two top picks here are definitely Hulkenberg and Giovinazzi. I'll genuinely be surprised if Ferrari goes with another driver over them.
Last edited: May 12, 2020

Sainz is a done deal from what I read. It seems it’s very likely that they are swapping seats.

MikeV27
Sainz is a done deal from what I read. It seems it’s very likely that they are swapping seats.
Click to expand...

God I hope that trade doesn’t happen period. Sainz and Norris have the best chemistry on the grid and it’s just starting to get good for McLaren again. I’d be gutted to see that arrangement part ways after only two seasons.

(Or one the way things are going)