Pffftt I wonder if we'll get the Gatecrasher from Wreckfest in there! 🔥🔥🔥

I prefer some old school naturally aspirated.. damn, time is fly in,

GT_Blue
I predict (and hope) that Isuzu is coming back. The 89´s concept car was a beauty and the classics looked like small muscle cars.
Click to expand...

I really hope the Piazza returns, at least, since I really like its design by Giugaro.

These are not predictions.

With Kaz adding more classic cars, I’m seeing not only the Minis from the trailer, but previous Mini classics of earlier GT games:

Not too sure about the MINI ONE, as the baseline new shape models.
I do think the Countryman will make a return. As that car is Premium. However, we’ll see if MINI want to have added the current(probably 2018-2019) JCW and Countryman models.

Fine then! Then I predict a GT/Wreckfest collab, that will see the Gatecrasher and Killer Pig added to GT7 in 4K HDR! 🔥🔥🔥
Last edited: Nov 7, 2021

AISUYU
Fine then! Then I predict a GT/Wreckfest collab, that will see the Gatecrasher and Killer Pig added to GT7 in 4K HDR! 🔥🔥🔥
Click to expand...

And on what basis do you predict this?

Famine
It's interesting how many people read the word "prediction" and think it says "wishlist".

The user who started this thread created a list of vehicles and tracks they thought were likely for inclusion in the next installment of Gran Turismo, and gave reasons for each. While some others have done the same, there's quite the selection of deleted posts now that are just a mindspaff of anything people can think of with no thought or reason.

We have an entire forum for suggestions. We also have - for whatever reason - an actual wish list thread. There is no need to pollute other threads with this.
Click to expand...

Famine
This thread is for predictions. Predictions need reasoning.
Click to expand...

I do predict that, among some of the new cars, there'll be some cars that'll seem completely out of left field at first, but will make more sense when you read their flavor text and realize that they had a notable designer, like Pininfarina, Giugiaro, or Zagato.

I really hope they change the map of the track in the corner. It's too hard driving new tracks or playing after a while and predicting what type of turn is coming next due to the orientation. Your little red error should be pointing north at all times and the track move around you. If that's not possible with the map in the corner, then the layout they have in GT Sport where you can change traction and stuff, lets you see the "first person" map view, but it doesn't show you far enough ahead what types of turns are coming.

I predict there will be cars added with DLC at one point.

I'm sure the F1 long tail and the CLK LM won't be the only new cars.
More 90's Le Mans cars like the 911 GT1 race car or the Toyota GT-One. They know some cars have more impact than the latest supercars for fans.
Just imagine a trailer with all these beautiful race cars.
Last edited: Nov 7, 2021

I’m just jumping in without reading if it has been posted already:

Not exactly a prediction, more of a hope. But it’s a somewhat predictable hope. Alfa Romeo Giulia Quadrifoglio. One could wish for the GTA, but I like the former more.

We’d have to be getting this.

Highly doubt that though, as the partnership with Lewis Hamilton is still strong. In fact, his F1 car from 2017 is returning. But instead, the Red Bull X-series is in serious need of a revival with their crazy, unrestricted fan car versions. Polyphony is probably even still close with Red Bull to this day though (even as far as bringing in Verstappen, Perez, Tsunoda and Gasly for a special time trial with a Honda NSX Gr. 3 with a Red Bull livery).
Last edited: Dec 12, 2021

Just to add from the posts in the under 500 thread, I think it’s save to bet PD are putting together a generations car list. the addition of the ZR-1 adds another model to the Corvette line up. A C1, C5 & C6(which have been in the past GTs) have to be coming back. Viper RT/10, Camaro IROC and 30th Anniversay, SN95 Mustang, etc. A host of past cars that would bump the car list pretty quickly.

We see other models returning: KPGC10 returning to the franchise. 370Z returning. Even though there is the Fugu Z, I’d gather the G nose 240Z is returning. Porsche 964 is added to the 911 line up.
Aston Martin DB5 is in. We may get to see the DB6, return of the DB7 & DB9(road version). Mk1 Golf through(if the return of Scirocco is any indication) Mk8.

A very interesting car list if PD are including long standing lineages of models.

There is still another ~180 cars left to reveal.

Even if it's recently new, I think I could see the Porsche Mission R eventually being in GT7, one way or another, to go alongside the Porsche VGT.

Samus
There is still another ~180 cars left to reveal.
Click to expand...

140 of which, we know are most likely from GT Sport. Technically there are ~40 unknown cars yet to be seen.

I could see it being that more classic GT-original courses get added via content updates, much like we saw in GT Sport. For example, if we don't see Grand Valley nor Apricot Hill at launch, then I'd imagine they could definitely have remodeled versions added via updates. But I'm not so sure about the various city courses, like Tokyo R246, or the PS3-era Rome Circuit, especially when PD has expressed interest in adding Formula E, which often takes place either in other cities like Zurich, or other parts of the same cities that've been featured in GT, like NYC or Hong Kong.

I wouldn't worry. I want all those cars, too, and we already pretty much have car/track DLC confirmed. If none of those cars are at launch, then PD would have to be really nuts not to have them added to GT7 eventually, somehow. In this regard, I could see there being other notable models coming to GT7 at some point, like the Nissan Skyline GT-R C110, or the BMW 2002.
Last edited: Dec 12, 2021

I can predict one thing. Since the first Behind the Scenes video came out, there were almost no Japanese cars on the upcoming videos. The little we saw were the ones already confirmed by earlier trailers. On the very first BTS video, we saw lots of European newcomers, especially German ones. We also got some American surprises, such as the C4 Corvette, but no new Japanese cars, which is curious for a Gran Turismo title.

That said, my prediction is that a great part of these ~40 unknown cars yet to be revealed are Japanese, let's say, 55% of it. Which is a lot, considering you have to split the other half for all the other regions.

I'm also curious to see how far that statement from Kaz will reach. He said back in January he feels the responsibility and mission of inheriting the Japanese automobile culture. This makes me believe even more that the vast majority of the remaining new cars to be seen are Japanese.

Just revealed as the Toyota Gazoo Racing Argentina TCR Corolla. We’d have to be getting this. 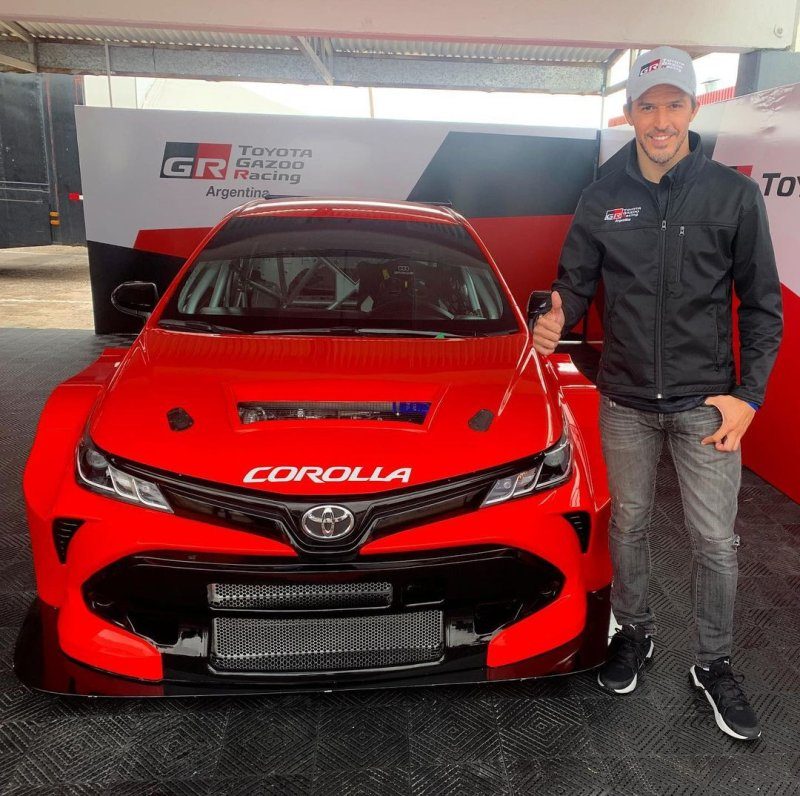 05XR8
Just revealed as the Toyota Gazoo Racing Argentina TCR Corolla. We’d have to be getting this.
View attachment 1099627
Click to expand...

Dude, fingers crossed for it. I've been trying to reproduce the liveries from Stock Car Brazil series on the Atenza Gr.3, it's still not the perfect car for it, but the best we got in GT Sport. 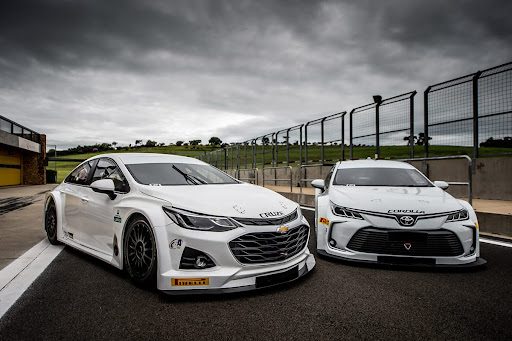 TGR Brazil got basically the same model (visually) almost 2 years before, for the 2020 Stock Car season, along with the long running Chevy Cruze. If we get anything close to that for GT7, I'm going nuts. A new Corolla sedan race car would make my day. 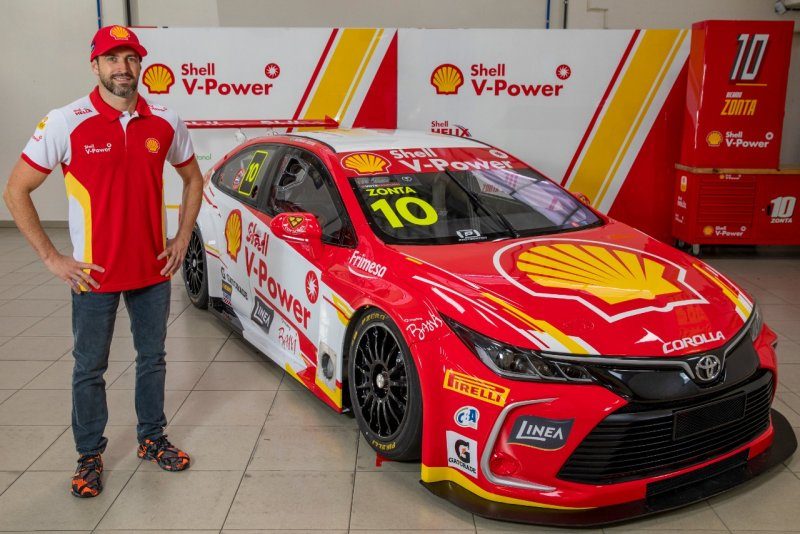 I remember that sedan as well. Now that it's got the GR stamp, Along with the GR Corolla road car due soon, I'd say highly likely.

I predict Deep Forest Raceway's old layout still coming to GT7 as a configuration. I think that course map hint in the trailers meant a bit more in the trailer than just showing the track completely remade with this modernized layout. This and Polyphony Digital hasn't really been a stranger to including multiple era tracks in the past.

On top of that, it feels weird, even for Polyphony to hint at a track for one layout, then reveal an altered one instead. There has to be more to this.
Last edited: Dec 18, 2021

RandomCarGuy17
I predict Deep Forest Raceway's old layout still coming to GT7 as a configuration. I think that course map hint in the trailers meant a bit more in the trailer than just showing the track completely remade with this modernized layout. This and Polyphony Digital hasn't really been a stranger to including multiple era tracks in the past.

On top of that, it feels weird, even for Polyphony to hint at a track for one layout, then reveal an altered one instead. There has to be more to this.
Click to expand...

Just rewatched the Deep Forest video but I'm afraid we're stuck with the new layout. I really hope I'm wrong on this as I much preferred the original layout versus the new chicane we have now.

Hey, it's never over until it's over. I won't give up hope until I see the full game itself on display.

I actually think this classic Peugeot could make it into GT7. First the L500R pays tribute to the Indy500 days of Peugeot and is already in GTS. Second reason is we start to see some new prewar cars in the latest GT7 reveals. 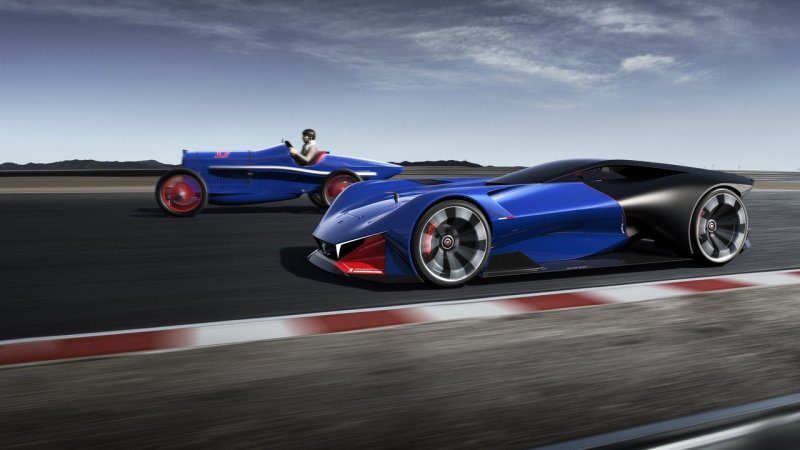