Looks fantastic, though I see some Sonata in that center stack. 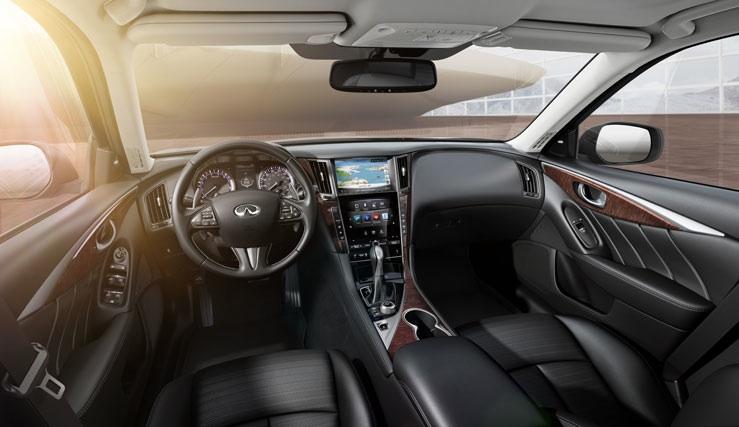 There's a lot of Sonata/Mazda 6 in the exterior though. But it's Infiniti because it's swoopy.

Would look better without so much swoopy. 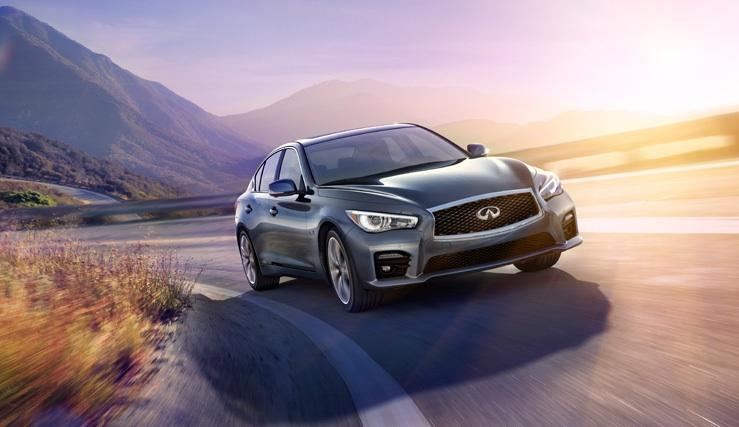 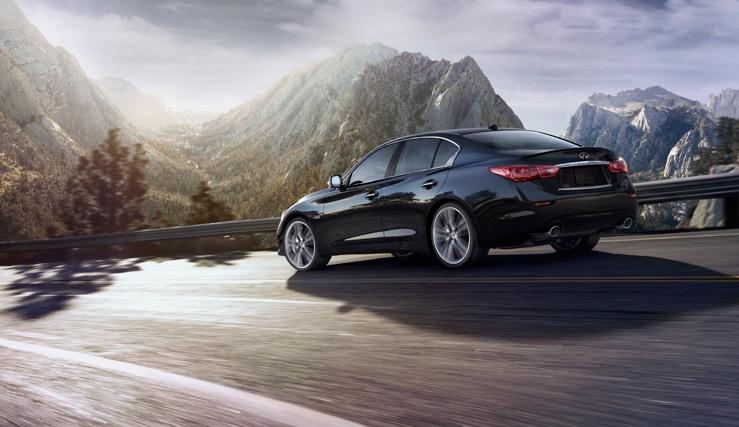 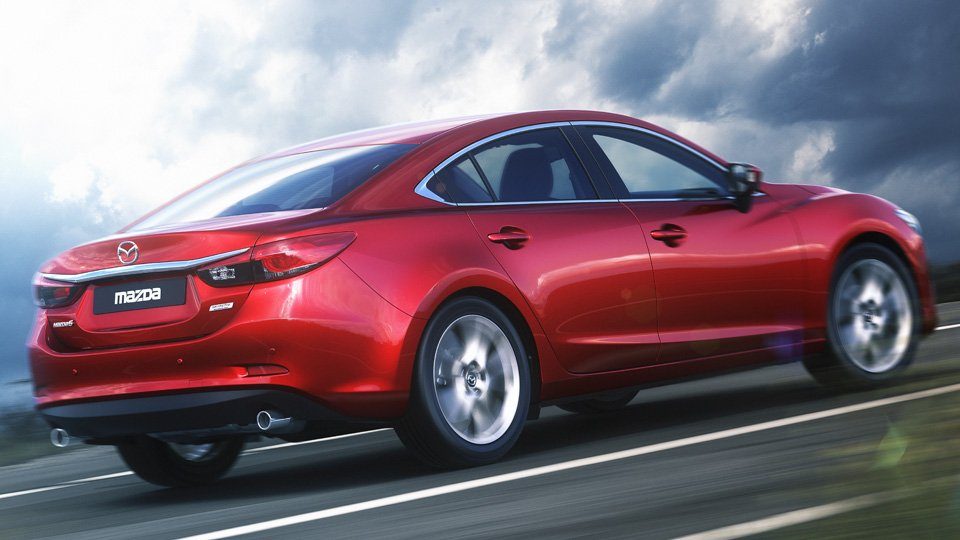 Sorta reminds me of the new Range Rover's resemblance to the Explorer.

The front looks like what you'd think the Lexus IS was supposed to look like. What is it with the japanese and these hourglass/carafe shapes?

I wish somebody would have told me

Omnis
The front looks like what you'd think the Lexus IS was supposed to look like. What is it with the japanese and these hourglass/carafe shapes?
Click to expand...

Agreed, but I think this Infiniti hourglass grill is better executed than on the Lexus. 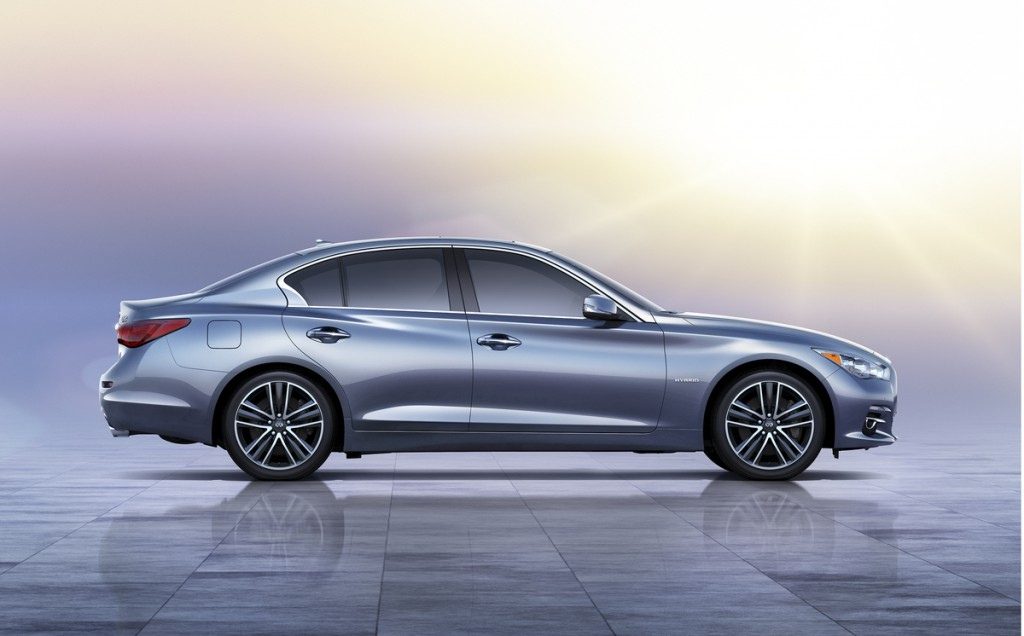 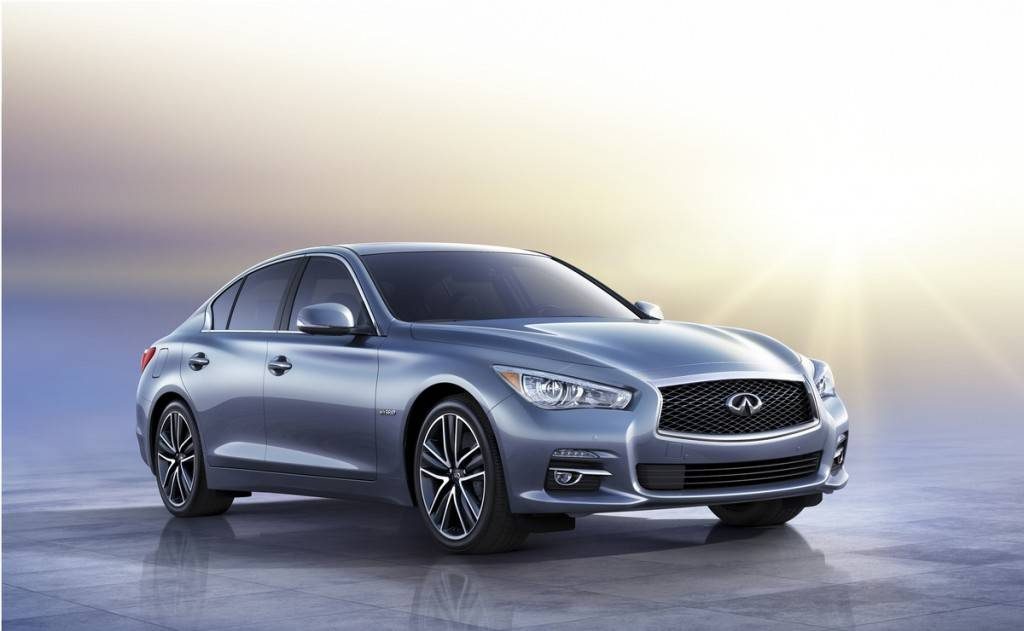 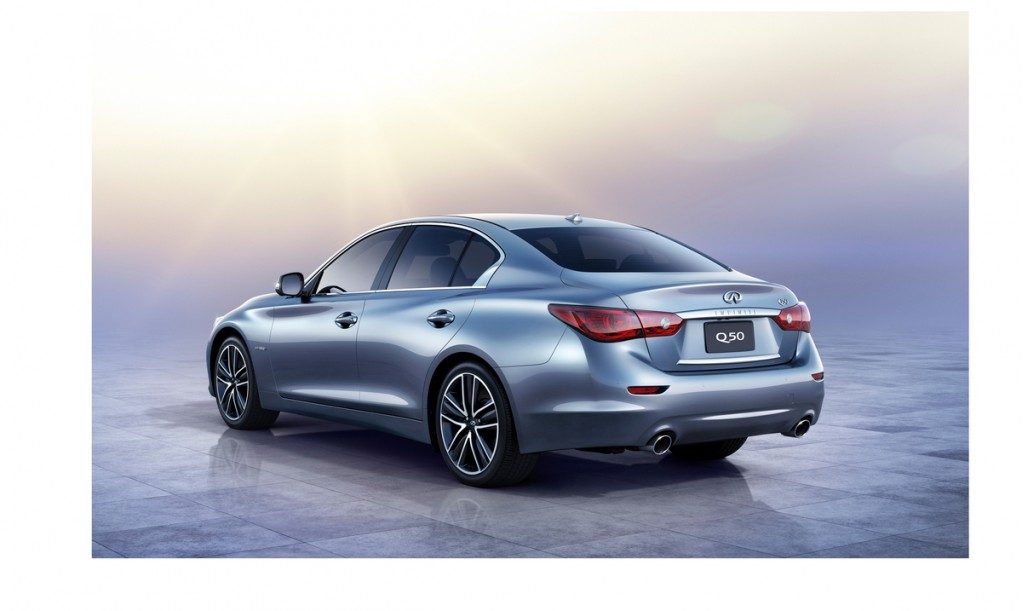 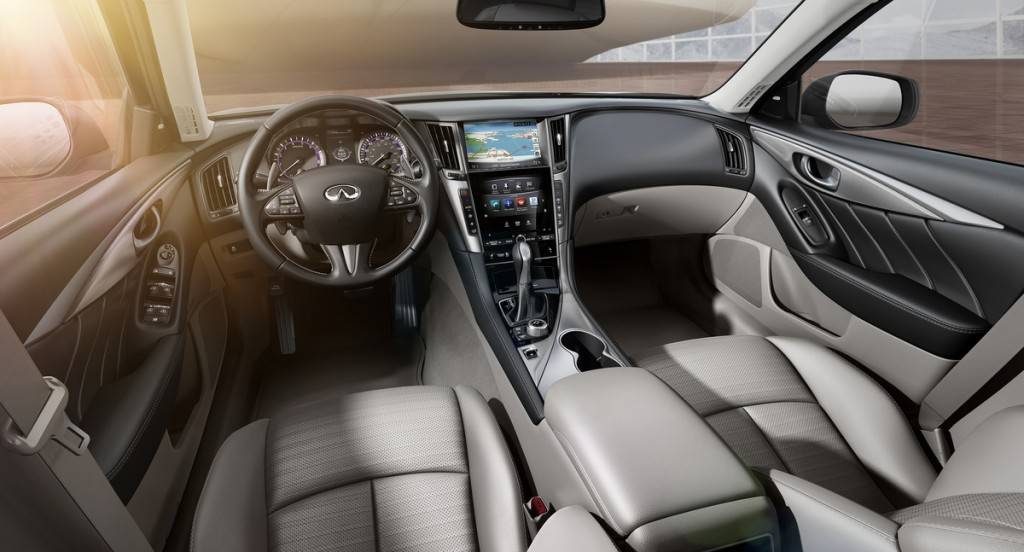 That front quarter shot screams Maserati Quattroporte to me, but overall I like it.

I say they simply name all of the cars Prince

R1600Turbo
That front quarter shot screams Maserati Quattroporte to me, but overall I like it.
Click to expand...

Reminds me of a new Lexus IS from the front, 5-series from the side and probably something Jaguarish from the back.
Hope to see them letting people into one @NAIAS in a week.

Beeblebrox237
So this is the G37 replacement? It looks gorgeous, I hope it drives well.
Click to expand...

I thought the Q50 was the top-line, luxo boat the with the V8? Their naming convention is already far too confusing.

Very handsome. But it doesn't look like a Skyline. Are the two cars diverging with the new Infiniti restructuring?

Bombardier should sue if they use Q400.

That thing looks pretty small for a flagship luxury barge.

It's not their sports sedan? See, this Q naming is all qucked up.

That's the G sedan right? Though it looks a bit like an M.

But, yeah, it's too large for a sports sedan.
R

ROAD_DOGG33J
That's the G sedan right? Though it looks a bit like an M.
Click to expand...

This Q50 is the G Series replacement.

I wish I had enough money to afford one. I'd walk into the dealership like, "yeah, I want to check out the new G sedan."

Infiniti&#8217;s new Q50, the replacement for the G37 Sedan, goes on sale later this year with two powertrain options: a regular 3.7-liter V-6 and a hybrid system pairing a 3.5-liter V-6 with an electric motor.

These two powertrain options will come standard with rear-wheel drive, although Infiniti will also offer [all-wheel drive as an option.

More powertrain options are planned, though they won&#8217;t be offered for another two years, according to Infiniti&#8217;s head of global operations, Johan de Nysschen.

Speaking with Autoweek, the Infiniti exec said a turbocharged four-cylinder gasoline engine and a clean diesel engine are planned, though only the gas engine is confirmed for the U.S.

The diesel is intended primarily for the European market, though Infiniti is investigating the potential for a U.S. launch. As previously reported, this engine will likely be a turbocharged 2.1-liter four-cylinder.

Both engines will be derived from units developed by Infiniti alliance partner Mercedes-Benz for its C Class.
Click to expand...

Read an article yesterday that the Coupe is still 2-3 years out. 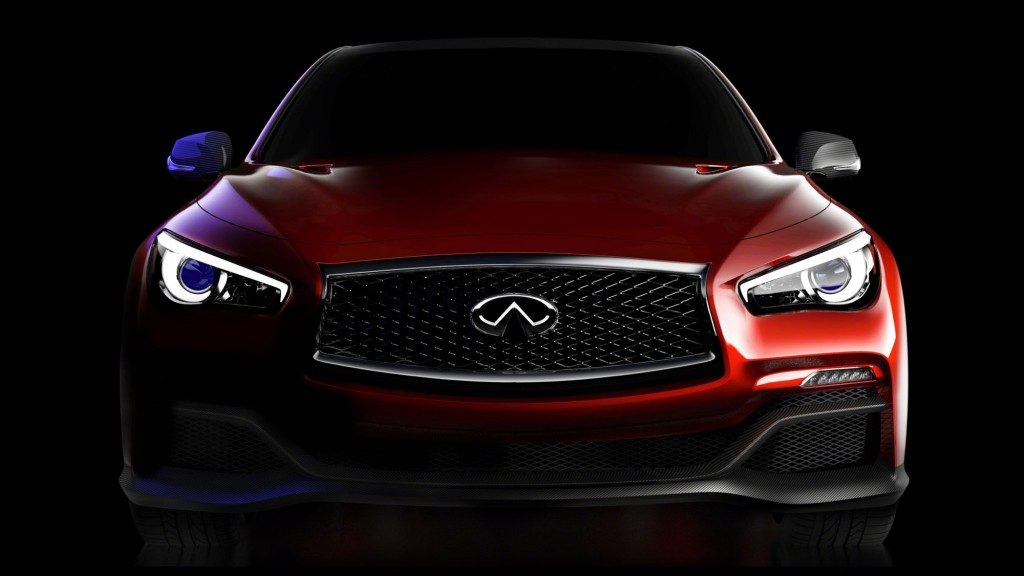 That's exactly what you can expect of the Q50 Eau Rouge, which leverages the brand's involvement with Formula 1 world champion Sebastian Vettel and Red Bull Racing for a new high-performance concept car that will make its global debut at the 2014 Detroit Auto Show. The "Eau Rouge" name is, of course, a reference to the famous corner at the Belgian Spa-Francorchamps circuit.

Key changes for the Eau Rouge edition include new aerodynamics and styling treatments, some of which are highlighted in the teaser image above. Full details will be revealed closer to the car's official unveiling.
Click to expand...

Silly name squared on this one.

Still, eager to see what Vettel's influence will be on the car in terms of actual performance. He's good on the track, but can he actually help in the development of a car?

YSSMAN
Silly name squared on this one.

Still, eager to see what Vettel's influence will be on the car in terms of actual performance. He's good on the track, but can he actually help in the development of a car?
Click to expand...

An Australian will follow you everywhere in the same car but will always get to your destination behind you.

What's a Q50, again? Is that the ungainly crossover, the slightly more gainly one or the full-sized sedan with the five-liter V8?

It's a what? Who's wearing lipstick?