[ORA] FIA GT World Championship [S3] | TRL_Evo and Ramalhinho are your PRO and AM Champions!Finished

I screwed up my two laps

Fortunately the first lap was enough for P2. Last time we're at Monza my Q time was 1:48.125 and yesterday only a 1:48.993. However it would not be enough anyway for P1, which was set by @Mikey24 with an awesome lap. Really fast mate well done 👍

I started well, but I knew that first chicane would cause troubles for some drivers. I didn't apply 100% brake press because I didn't want to cause any problems right at first corners. Then I was hit from behind and that caused me right rear and front left damage. I went to the pits for RM at the end of the lap and exited on P8 and last.
I had a good battle with @PJTierney and @Dan181295 for a couple of laps and after passing them I went for @Pubs16 and If I did not wasted so much time on that battle with the Ford's I could have catched @RodeRuner1967, only 0.7 ahead of me.

I think the start went with no major drama, I made a couple of positions at the first chicane and all I could do was handle for P2 cause I knew @Mikey24 was faster. I tried to play a pit strategy but it was not effective lol Then at 5mins from the end I was being faster and I saw him going to the pits to put some more fuel.
It was really good to end the championship with a win, but @Mikey24 was clearly stronger yesterday.


I want to thank all of you for this great season, my first season on GTPlanet. Becoming AM champion is just fantastic for me.
The ORA staff is trully dedicated to this, and I hope to be back for Season 4!

P.S- I think I don't have the tuning skills to compete with PRO guys since I'm kind of new on this things

You won with strategy, and you won the race in style. Well done mate!

For those wondering, yes I did set my pole time on RH. 👍

I thought it was Ramaldinho up until Bathurst

But hey, Bathurst was top...

But hey, Bathurst was top...

I think everything for race series should be in here GTPlanet not in Twitter or Facebook or what ever.

Although, the GTWC season has ended, GT Cup is just getting started, be sure to follow the action!

Stay tuned, soon another series will be released under ORA!​

For Japan and Racing Miku. ^_~

Ramalhinho91
P.S- I think I don't have the tuning skills to compete with PRO guys since I'm kind of new on this things

I've been back at this for a year after getting a PS3 that works and I'm still getting my doors blown off.

CAMikaze
I've been back at this for a year after getting a PS3 that works and I'm still getting my doors blown off.

Keep practicing CAMi! I've been practicing almost every day since I built my setup (late July 2014) and my wheel was waiting in the box since March. I was desperate to start driving, but never crossed my mind the idea of racing online, despite of being here in GTP since 2013. This was my first ever season and the outcome was great. I learned to adjust (best I could) the setup of the car to a certain track, and I never did this before.
So, don't lose hope and keep focused

Will awards be given out soon?

JakeKing39
Will awards be given out soon?
Click to expand...

Excuse my late post-series post, been mega busy over Easter with work and social life.

Well that certainly made 10 weeks fly by mega quick. My debut GTP series comes to an end, sadly a little!
My goals for this season were realistic, of course everybody wants to win races and inevitably the championship but I knew I wouldn't have the strongest chance for either, especially straight out of the gates for the start of the year. I wanted to aim for the top 3/5 at least, and maybe a race win or two. Unfortunately there were a few fast guys that were consistently filling the podium all season so it was a big challenge to stay in the top 5 all the time, and didn't manage my first race win at all. But some key highlights for my season would be definitely picking up momentum towards mid-season and leading into my home race at Bathurst, of which I secured my highest qualifying and race results.

I feel I had the best chance to learn and grow in the GTR, as I don't have a lot of gt6 tuning knowledge the Nissan was most familiar for me so I was glad to have secured it as my car choice. Only having my wheel for a couple weeks before the start of GTWC I was slowing learning my G27 through the few rounds and then inevitably had to find more pace through tuning once my speed increase plateaued from DS3-G27, but I'm happy with my results considering. As I said something I'm very much still learning and at tracks like Spa, Monza and Nurburg GP I struggled a little in finding a comfortable setup and the main pace for my Nissan on unfamiliar tracks which lost my momentum to attack 3rd position in points.

Overall I had massive fun being involved in this series, both behind the scenes as an ORA Steward and a rookie driver. Some great little battles I had with a few!
Congratulations to my team mate @Ramalhinho91 for winning AM and some great drives and results from the leading drivers, @PJTierney, @Brutaka , @JakeKing39, @yuc2002 , @j1Nk and @Mikey24 to name the obvious ones. I was a little sad to see the attendance drop a lot half way through the season but still great races and a lot of fun.

Congratulations and thank you to everyone in PRO, the winners and the rest of the field making a great watch on the broadcasts for the main game. The pace amazes me and I very much look upto everybody in that field.

A massive thank you to the ORA team for putting together a great season and for all their work, and of course involving me in the team @Litchi @CodDemon101, @Brutaka and to the rest of the Stewards. Finally a thank you to the broadcast team @brntguy @TeamCZRRacing and @OriginalCheezIt for putting on a great show, I loved your commentating and coverage guys, hope you can join back for next season!

I can't wait for GT Cup S2, I had discovered GTP and ORA through the last couple races in GTCup S1 so I'm looking forward to starting from round 0 in that. With the same car it should help my skills and tuning further develop so I'm keen to see how I can improve within the off-season series. 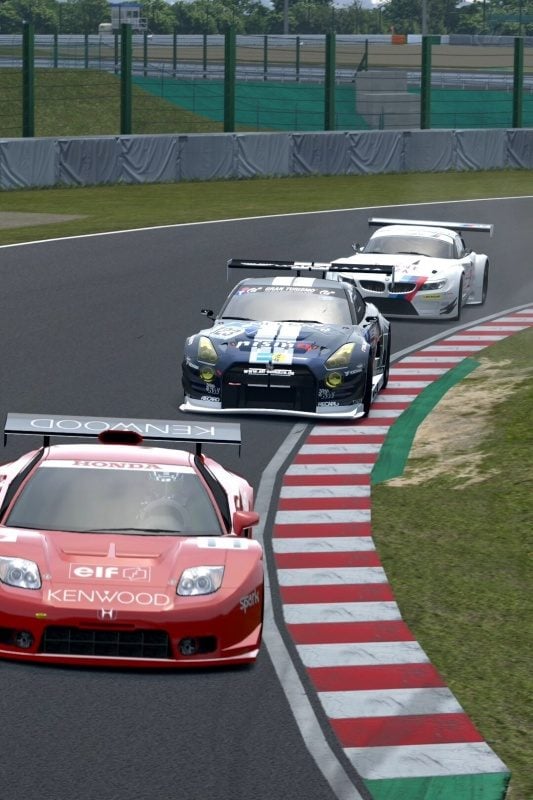 We are happy to announce our first ORA sanctioned series! Be sure to check it out!

Time to put this Season to a close with the giving out of the trophies and the GTWC Season 4 Pro Promotions.
​
Pro 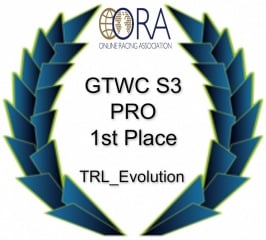 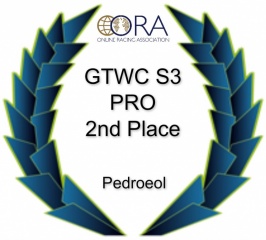 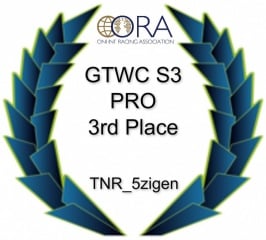 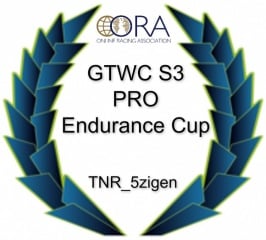 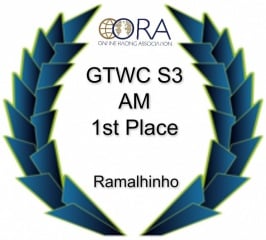 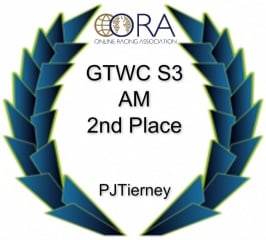 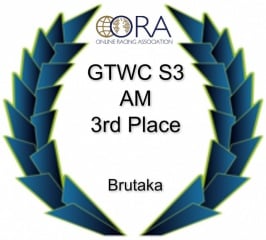 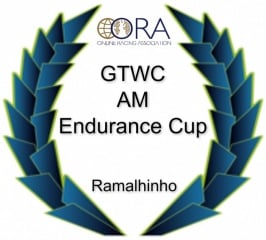 GTWC Season 4 Pro auto-promotions
The GTEC Champions may receive something else, however, that is TBD

Thanks to everyone for another fantastic season of racing! Hope to see you again soon. 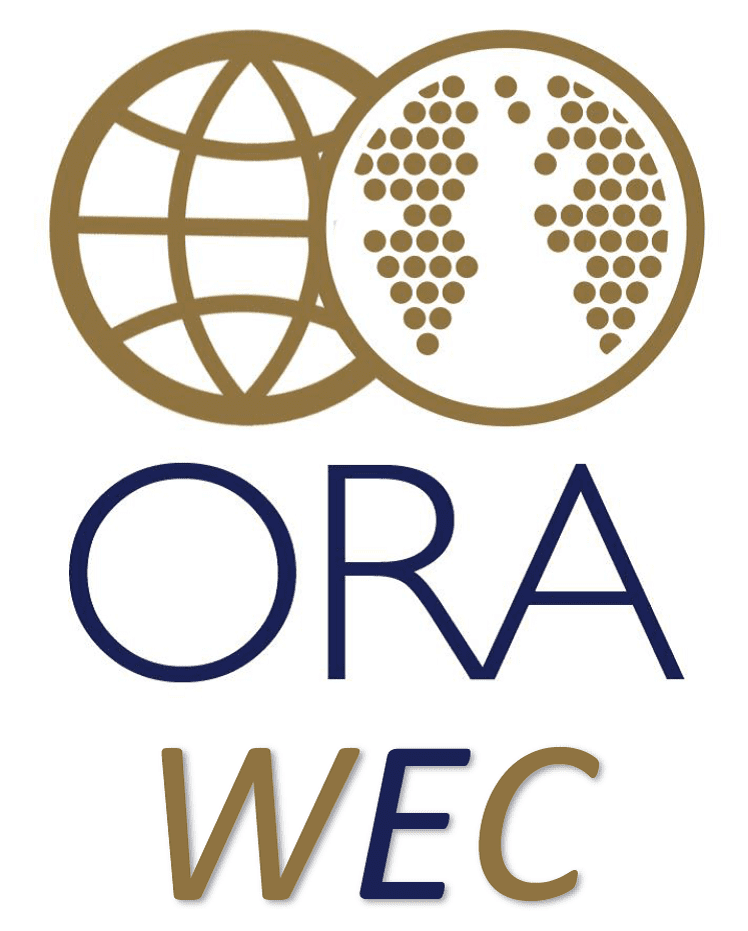