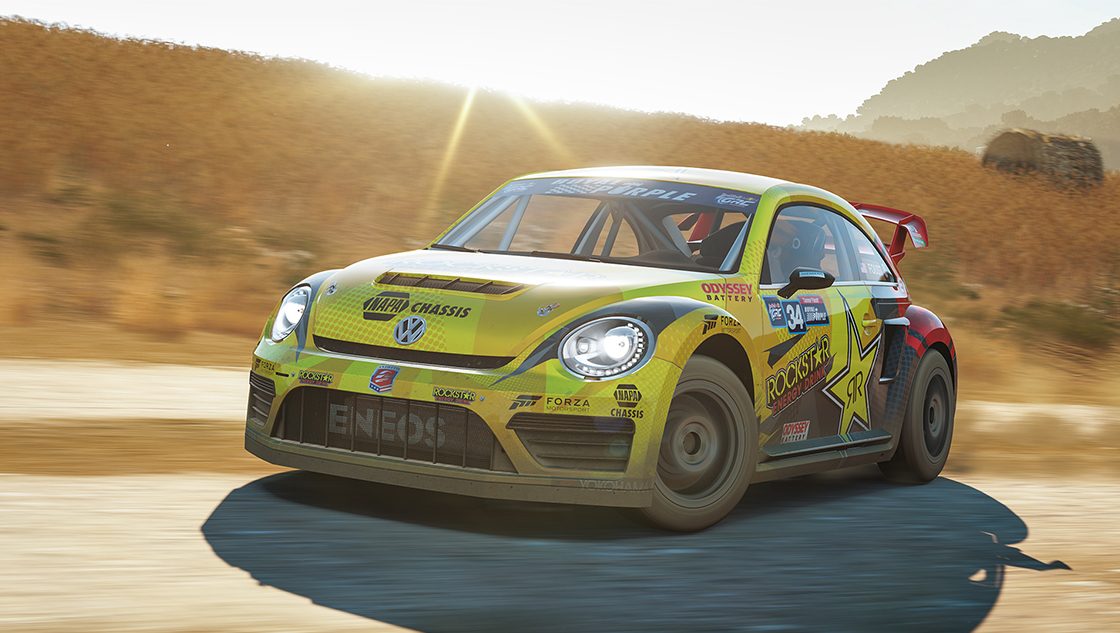 According to the official Red Bull GRC site, all flavors of FM7 will be on hand. That means Xbox One X and PC versions of the game, on both simulator rigs and the default pad setup. The announcement doesn’t go into more detail on this “exclusive” DLC — we bet it has to do with avatar outfits.

What’s interesting about this partnership is the complete lack of actual rallycross in the Motorsport franchise. Throughout its 12-year history, Turn 10’s franchise has stuck to the paved stuff, leaving the dirt road less traveled to Horizon.

FM7 is actually unique in this sense this season: Project CARS 2 will feature rallycross cars and tracks. PC exclusive iRacing will also be adding it to the mix later this year. Meanwhile, GT Sport may not feature the actual sport, but its unique take on rallying — circuit-based, high-powered “Gr.B” vehicles — is pretty close.

Could FM7 be the game to finally move off-road? There are signs: the Beetle GRC up top is back in the franchise for the first time since Forza Horizon 2. A lot of the trophy trucks and off-road vehicles such as Ariel’s Nomad have also migrated to the 700+ FM7 car list. While the full track list is already known, an expansion pack could give these cars a more suitable home.

Despite its name, the Red Bull GRC series runs exclusively in the US. The next leg of the competition takes place at Seattle’s Evergreen Speedway September 8–10. You can purchase tickets right here.