Rain clouds are parting over the UK, with the latest Spring season now underway in Forza Horizon 4. We’ve entered the final lap of Series 38, with the last batch of content now waiting to be won.

There’s a pair of hardcore Ferraris up for grabs this week, along with refreshed completion prizes for 50% and 80% of the Playlist

Two cars are on center stage for the seasonal completion prizes, with the 1970 Buick GSX at the forefront.

With the muscle car market being dominated by the trinity of the Mustang, Camaro and Charger, the GSX is often forgotten about. Buick ensured that its muscle machine would give the established players a fight out on the drag strip, thanks to a huge 7.4-liter V8. With 360hp, the GSX had more than enough grunt to hang with its rivals. There’s even more potential to extract, with some tuning.

If practical performance is your thing, then the 1988 BMW M5 Forza Edition should provide the answer. The E28-generation was the first car to wear the hallowed M5 badge and would go on to become a benchmark for super saloons. To give the M5 performance worthy of the name, the 3.5-liter straight-six was lifted from the M1 supercar. In the M5 it makes 286hp, which allowed it to become the fastest sedan in the world at launch.

The final Photo Challenge for Series 38 takes us out to play in the mud. #MudKickin wants you to snap your car anywhere at the Mudkickers Adventure Park. Try to liven up your picture by hitting the water splashes or getting serious air time. Over with the seasonal championships, prizes include the Apollo Intensa Emozione and the Lexus RC-F.

A highlight of the prizes is the Ferrari F12tdf. Named in honor of the classic Tour de France race (not the one for bicycles), this hardcore F12 is one of the craziest Ferraris ever made. Aside from the new downforce-focused tweaks to the body, the chassis features rear-wheel steering and wider front tires. The result is a car that’s incredibly keen to oversteer should you deploy all 770hp at once from the 6.3-liter V12. To further aid handling, the TDF has had 242lb stripped from its weight, meaning you’ll need to be on top of your game to ensure this prancing horse doesn’t kill you.

You’ll need to win the “Grand Tourers” championship if you want the F12 in your garage.

Series 38 has a final set of Super7 challenges should you feel up to the task. Complete each of the seven cards and you’ll win a 2003 Renault Clio V6.

The events and prizes for Spring are listed below:

This week’s Forzathon looks at one of the most iconic British brands of all time: Mini. Jump aboard this tiny city car or its modern successor to get started.

Finally, put your foot down and use every ounce of power to earn a total of 9 stars from Speed Zones to bring this week to a close.

Rarity is on the menu for the shop lineup, headlined by the 1953 Maserati A6GCS.

The coachbuilt body from Pininfarina was the result of haggling by Maserati to get around an exclusive deal that was signed by Enzo Ferrari. Only 4 A6GCS models were built, and had a successful career in sportscar racing. Under the skin sits a 2.0 liter straight-six making 170hp. Coupled to a sub-2000lbs weight and you’ll enjoy shooting down country roads in this classic masterpiece.

You’ll only have to pay just 150 Forzathon Points for the A6GCS, which will save you from needing to pay through the nose in the Autoshow or the Auction House.

If you want more modern art, then consider the 2010 Aston Martin One-77.

With just a 77 unit run, the One-77 is an exclusive beast, but it offers much more than justthe looks of its striking carbon fibre body. The One-77 remains one of the fastest cars Aston has made, with a top speed approaching 220mph. Key to that speed is a 7.3-liter V12 making 750hp. Not only is the One-77 one of the most powerful naturally aspirated cars in the world, it also outmuscles the more modern turbocharged DBS Superleggera.

Also sitting at 150FP, the One-77 is a bargain, especially if you’re after a car that is as much about style as high performance. 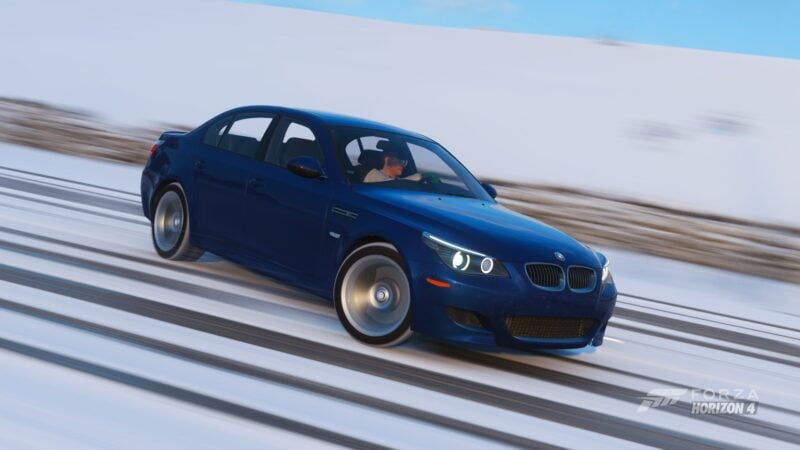