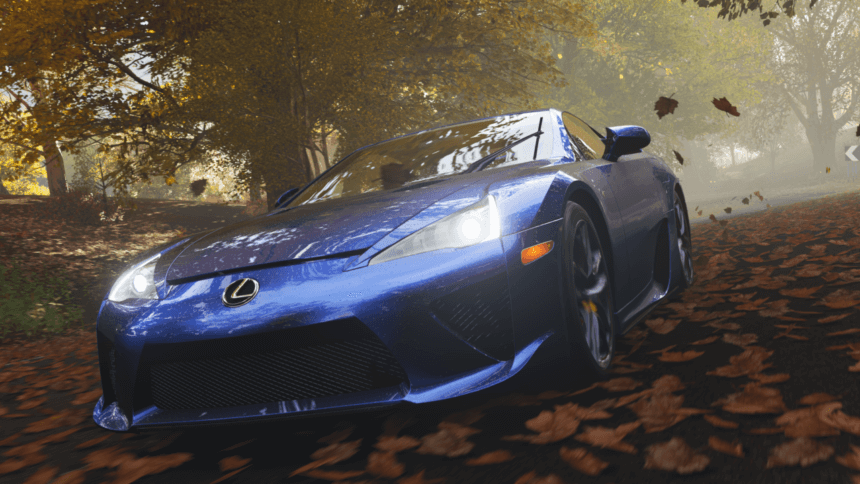 As players begin heading for the home stretch of Series 26 in Forza Horizon 4, Playground Games has been working hard behind the scenes preparing for the next update.

In the latest “Torben Tuesday” teaser on PG’s Twitter page, players have new clues to decipher for Series 27. However, instead of riddles, PG has put out a strange series of numbers.

PG admitted the last number was a mistake and issued another tweet with “306383240” as the correct number.

At first these clues may seem much harder to decode than the riddles, but thanks to detective work from community members, the numbers point to in-game share codes for user generated content.

With the information we’ve extracted from those clues, we look set to have four new Japanese cars appearing in Series 27. The UGC clues appear to point towards those cars being the Lexus IS-F and RC-F, the Toyota GT86 and a drift tuned Nissan 370Z.

The IS-F was the first sports sedan to come from Lexus in a bid to challenge the might of the BMW M3 and Mercedes C63 AMG. Power came from a new 5.0-liter V8 pushing 417hp, putting it on par with the M3. Putting that power onto the road was an 8-speed automatic transmission, which was practically unheard of in a sports sedan.

When attention turned to the BMW M4, Lexus responded with the RC-F coupe. Carrying the same 5.0-liter V8, power was bumped up to 471hp. The RC-F would also later carve out a successful racing career in Japan’s Super GT series.

Toyota’s attempt to revive the iconic “86” name resulted in a collaboration with Subaru to jointly develop what would eventually become the “Toyobaru” twins. Both cars have a Subaru-sourced flat-four, making 197hp, along with a chassis tuned for fun driving rather than sharp handling.

A drift-tuned Nissan 370Z will likely fall into the realm of the NOS-energy sponsored machine driven by Formula Drift star Chris Forsberg. This particular 370Z has gone through several engines over the years, including a 5.6-liter V8 and a 3.5-liter V6, so it is unclear which version players are likely to get. However, those looking for a new tire-shredding monster will be in for a treat.

With Spring approaching for Series 26 this coming Thursday, we can expect the Series 27 livestream on Monday, September 21, with the update dropping on Tuesday, September 22.

Be sure to head over to GTPlanet’s dedicated FH4 forum for more community discussion on the latest clues. Stay tuned for more news when the official PG livestream kicks off.

Forza Horizon 4 21 Nov 4 by Gary Slater
It’s a busy time ahead for Playground Games and Forza Horizon 4. The studio has scheduled a new livestream for November 5 to celebrate the launch of FH4 on Xbox…