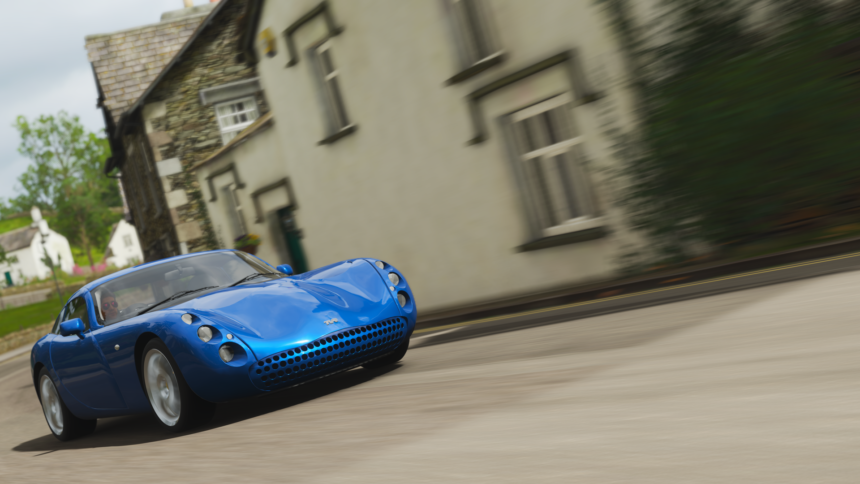 Series 6 for Forza Horizon 4 players is finally here. Dubbed “Skill Streak”, it brings new races, cars, and a host of improvements to the table. While we’ve had a look into some of what the update brings, this is our chance for a deep dive.

There’s plenty to get through as the update weighs in at a hefty 2.5GB — even larger at 3GB and 3.5GB on PC and One X, respectively — so let’s get to it, starting with the new events. 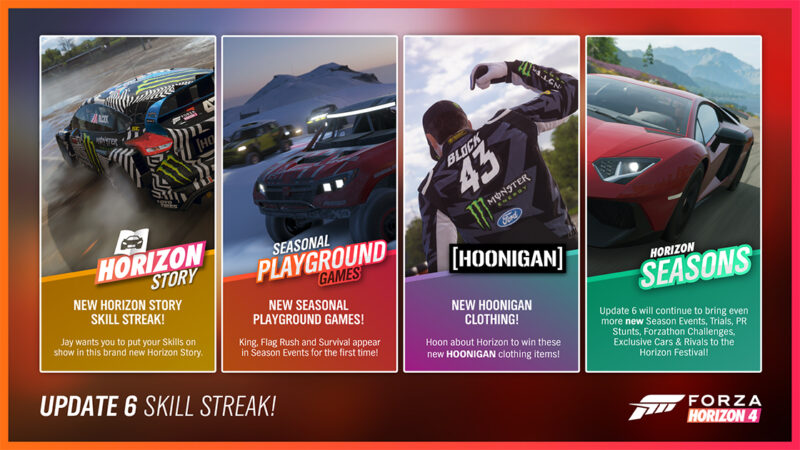 There’s an all-new multi-chapter event now available in the game’s campaign. At Level 60, players can access the latest Horizon Story, Skill Streak. The challenges are all about engaging your wilder side while driving.

Completing all chapters with no less than three stars rewards players with the 2016 Hoonigan Gymkhana 10 Ford Focus RS RX.

Series 6 also sees the addition of seasonal Playground Games, giving players even more to do on any given season. Prior to the latest update, players could only access the events through an Online Adventure or while in a convoy. Now, with the seasonal event, players simply drive up to the event and sign up, jump in and play.

Of course, there are new rewards up for grabs as well, the likes of which include the Volkswagen Global Rallycross, the Hot Wheels Boneshaker, the Lotus 2-Eleven, and a Super Wheelspin.

Another new face arrives to the seasonal events scene as Street Race Championships join the rotation. No doubt a familiar race type from the Horizon campaign, now players can give it their all with a seasonal twist. Street Race events aren’t officially sanctioned by Festival organizers (as we’ve heard time and again) so players will definitely want to put their best wheels forward.

For the effort, the championships will offer rewards, including Ken Block gear.

As we’ve covered last week, this update rounds out the offerings to Car Pass owners. First up are two cars players already have their hands on: the 1959 Cadillac Eldorado Biarritz Convertible, and the TVR Griffith.

It doesn’t end there as players can also get their hands on a classic model from the brand, the Tuscan S. How, you ask? This week’s Street Race Championship, Street Sweeper. Go for broke and the returning Tuscan S is as good as yours.

In addition to the Cadillac and TVRs, there are four other cars players can get their hands on over the next couple of weeks:

It doesn’t end with the new features and cars as Series 6 brings with it a number of improvements to FH4. For the full list of patch notes, have a look here.

Forza Horizon 4 Game Update
2 Comments Discuss this post in our forums...
GT Sport Circuits Quiz: Can You Spot the DLC Track From These Detail Shots?