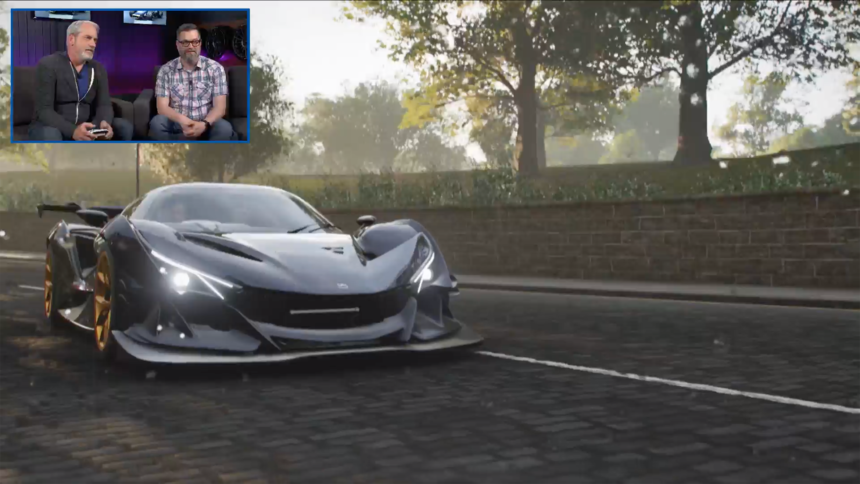 Playground Games has shown off the next round of updates coming to Forza Horizon 4. Dubbed Series 9, it will introduce a variety of cars and content for players to experience around Britain.

While there was no word on the elusive second expansion for the game, Playground did cover what will be available to all players, free of charge. This includes seven cars, most of which are new to the franchise. 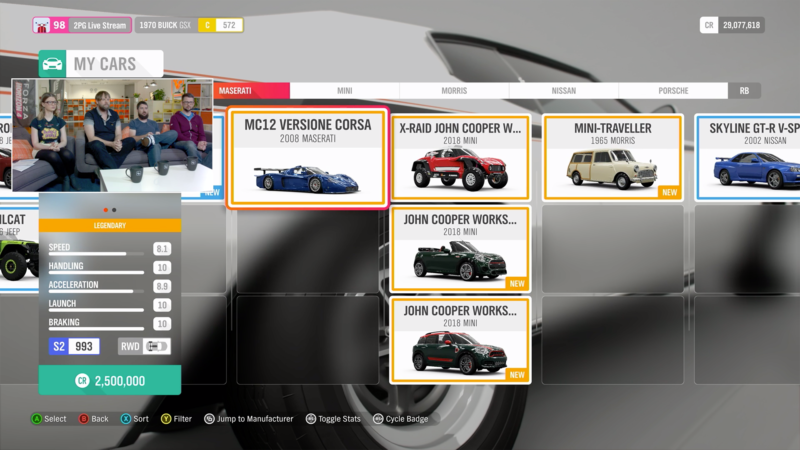 No, that header isn’t a setup for some sort of bizarre automotive punchline. Series 9 will bring with it more cars than previous Series updates, and in fact as many as a typical FM7 car pack.

In terms of sheer numbers, it’s Mini that gets time in the spotlight for this update. Arguably one of the most British of names — even if it’s owned by Germans now — the this year is the 60th anniversary of Mini. To celebrate, Playground is doubling the brand’s count in-game, with no less than four new models leading this month’s bunch. Well, so long as you count Morris:

Two of the 2018 models should be familiar enough, as regular road cars. The X-Raid car is more or less a MINI in name only — literally and figuratively, as a purpose-built Dakar-tackler. Finally, there’s the classic “woodie” Morris.

Familiar faces include the Buick GSX and Maserati MC12 Versione Corsa. The former is a muscle car regular from this generation, whereas the trident-badged racer is a returning model from the Xbox 360 era.

Last but certainly not least is the Apollo Intensa Emozione. This one is a bit of a surprise, as it showed up in Forza recently… just not Horizon 4. The IE’s wheel was part of the FM7 main menu last month, so it arriving here and not in Turn 10’s track-based racer is unexpected.

All of these cars will be available over the course of Series 9, via various in-game challenges. 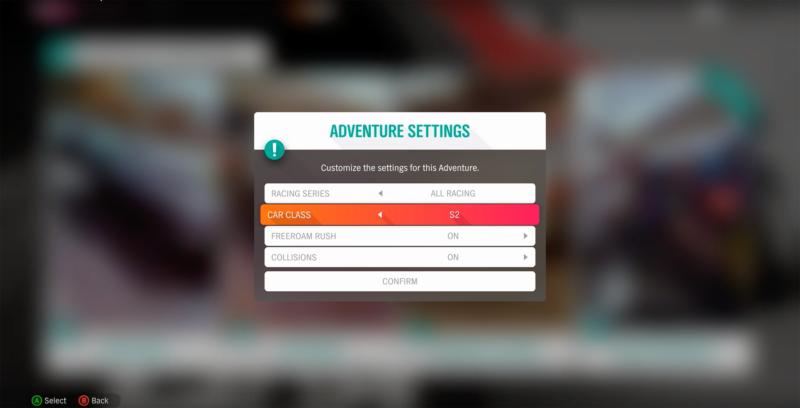 Players will soon be able to search for a custom online Adventure. Much like the similar feature in Forza Horizon 3, they’ll be able to select a few options before beginning the hunt. You can check them all out above. 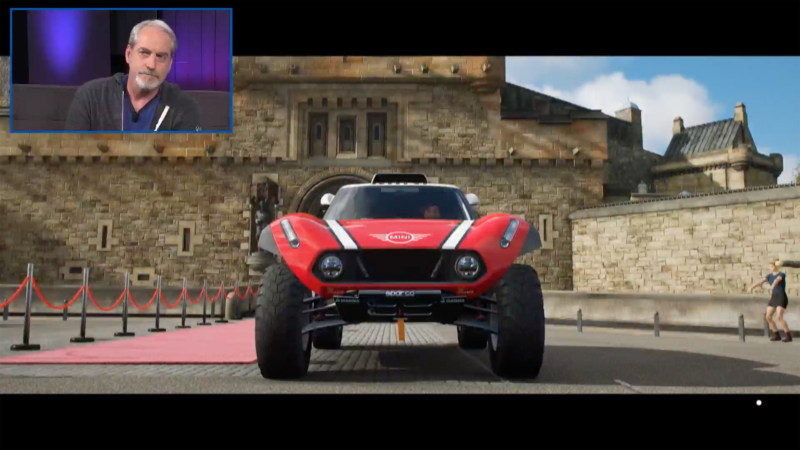 Playground is once again expanding the list of available Horizon Stories in FH4. The latest draws inspiration from car insurance, bizarrely. It will task players with recreating strange situations in some of the more unusual cars in the game. The example used in the stream is a (very powerful) Volkswagen T2 lifting its front wheels at speed. Well alright then.

This last bit of news should please the more racing-oriented players. For Series 9 Playground has implemented new systems during multiplayer to curb griefing and wall-riding.

How it works is fairly simple: the game determines if the speed at which a player hits a wall will prove beneficial to their total time. If it will, the car gets hit with a slow-down penalty.

Okay, that’s well and good on its own. But what happens when another player puts you into the wall? Playground showed that off too. The game will determine if contact with a car prior to the wall was what resulted in the tap, and not hand out a penalty if so. In fact, if the instigator hits the wall, they’ll be the one to get the slow-down.

This extends to plain car-on-car encounters too. Playground determines the difference in speed between two cars prior to contact. If the difference is high — like someone divebombing into turn one — then the game will ghost the cars, avoiding a messy incident.

The Series 9 update will land ahead of this week’s seasonal change, which happens on Thursday.

Forza Horizon 4 Game Update
41 Comments Discuss this post in our forums...
Can You Beat the Impossible Gran Turismo Quiz?