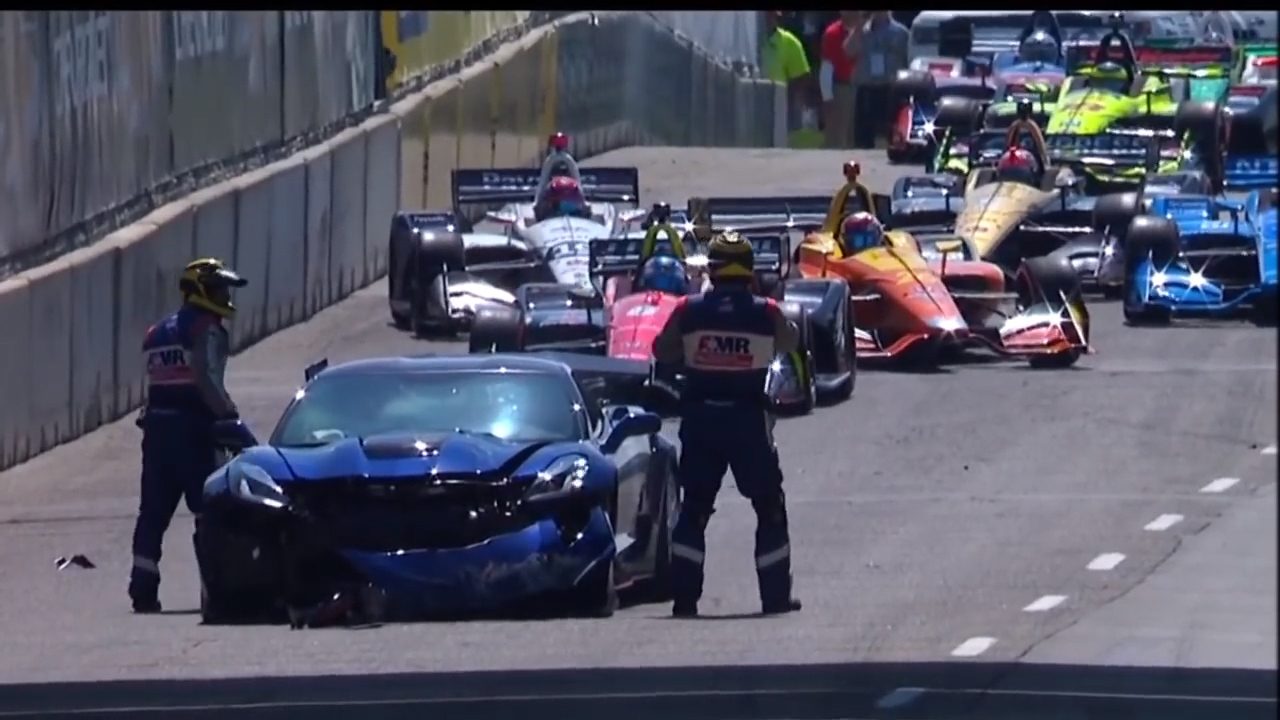 Driving a pace car is a stressful job. You’re driving a car rather quickly while thousands of horsepower fills your rearview mirror. There’s an element of danger and undoubtedly a ton of excitement. Sometimes these things will get to you. So what happens when they do? Well just ask Mark Reuss.

Reuss is the Executive VP of Global Product Development for General Motors. His role consists of things like overseeing new technologies and making GM vehicles safer across the board. It’s a job that comes with a ton of responsibility and is very high up the corporate ladder.

When you’re in a position like Reuss is, you sometimes get some pretty cool perks with the job. One of those is driving the pace car at the Detroit Grand Prix on Belle Isle. This year that meant getting a shot to lead around a field of Indy cars while behind the wheel of a 2019 Corvette ZR1.

With 755 hp on tap from a V8 with a supercharger added on, it’s a beast. In the right hands, it’ll blitz a track record from some already incredibly fast cars.

It was apparently a bit too much for Reuss, though. During the opening parade lap around Belle Isle, Reuss got a little carried away. The result? He put the ZR1 nose first into the wall.

Now we’ve seen our fair share of motorsports accidents. However, this is a new one for us.

What makes the accident even more puzzling is Reuss’ motorsport resume. According to his GM profile, he’s a certified gearhead with the experience to back it up.

He’s a certified pool driver for the Ring. He also carries both an IMSA and FIA C license, meaning he knows how to race at a high level.

He also created the GM Performance division in 2001, along with bringing both the V-series to Cadillac and resurrecting the SS line for Chevy.

Reuss definitely knows his way around a fast car – or at least he should.

Thankfully Reuss walked away from the incident without injury, although his pride is another story…

You can check out a video of the crash below: