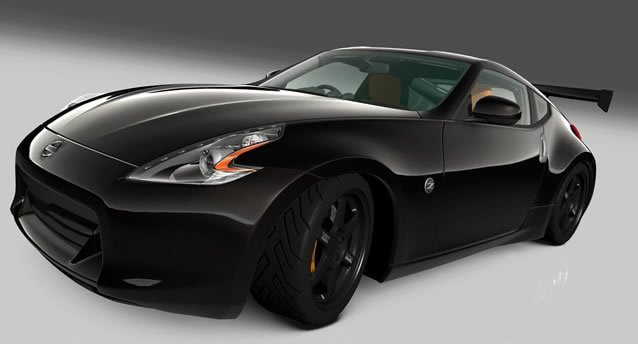 Announced just hours ago on the PlayStation EU Blog, GT Academy 2010 will be held in a brand new demo of Gran Turismo 5 hitting the PlayStation Store on December 17, 2009. The demo will feature a stock and tuned version of the Nissan 370Z, and, while Sony has decided not to release the track just yet, I have been aware of the competition for some time now and GTPlanet can reveal the demo will include either Spa Francorchamps or the Indianapolis Motor Speedway. However, Sony described the track as a “specially created section of a new Gran Turismo 5 circuit”, which suggests to me it’s the Indianapolis GP Circuit, as it is quite literally a “section” of a larger circuit. (Let’s not forget it was also the big track prominently shown in Gran Turismo 5‘s E3 2009 trailer.)

The GT Academy competition will work much like it did last time, only it’s expanded to include all of the countries listed after the jump – though if you’re from the United States like myself, don’t bother looking. Although it’s more than a little disheartening to be left out of the competition for a second time, Sony’s blog post assures us that countries not included in GT Academy will still get to try out the demo. Bring on the 17th!

UPDATE:  A few more specifics have been announced on the GT Academy Facebook page: anyone who has ever held a national or international racing license or who is under the age of 18 is exempt from the competition. It will begin on December 17th and will end of January 24th, and will consist of two “stages”, each featuring new circuits:

Stage One – will offer Gran Turismo fans a sneak preview of the hotly-anticipated Gran Turismo 5 game, due for release during 2010. Competitors will record flying laps on a time trial-based track available via PlayStation®Network, accessed through PS3. Unlike the first GT Academy, participants will not have to enter the competition using the GT5 PrologueTM game itself, and so even more hopeful racing drivers are expected to take part.

Stage Two – the holders of the twenty fastest online lap times from each participating country will qualify for their national final event. Tensions will run high as they battle each other on another exclusive Gran Turismo 5 level for the chance to move to the next phase of the competition.

Kazunori Yamauchi, president of Polyphony Digital and creator of the Gran Turismo series, shares Wijnen’s enthusiasm. “This has been a very rewarding partnership. The whole GT Academy concept is very close to my heart. Our target with the Gran Turismo series has always been to come as close as possible to a real driving experience. To witness the level of driving achieved by GT players after a relatively short space of time at the GT Academy was very satisfying for me and I look forward to seeing the 2010 finalists in action. I am also very happy to have the opportunity for our GT community to have a preview of the Gran Turismo 5 game.”

The online section of the game will run from 17 December until 24 January with national finals following soon afterwards. The GT Academy itself takes place from 26 February until 3 March. The two winners will have to quickly clear their diaries, as their intensive training programme will start immediately and culminate in one driver racing in the opening European GT4 Cup race that could be at Silverstone on 2 May.

UPDATE 2: The prizes offered for United States and Canadian residents has also just been announced. The fastest players from each country will be offered VIP access to the 2010 Indianapolis 500 race. For more details, see the official rules here. 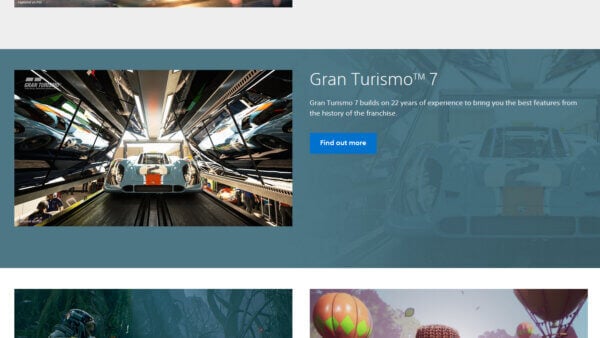 Gran Turismo 7 71 Sep 30 by Andrew Evans
With the PlayStation 5 launch hoving into view, Sony has made a major change to its official landing page for the console. The update refreshes the look of that area…

Gran Turismo Sport 62 Sep 26 by Andrew Evans
GTPlanet’s users are among some of the most dedicated, obsessed, and downright crazy players in the world. They do all sorts of unusual things in their devotion to the games…

Gran Turismo Sport 133 Sep 24 by Andrew Evans
Players waking up to GT Sport this morning will find a fresh set of Time Trials starting today, to challenge them over the next two weeks. It’s a mixed surface…

Gran Turismo Sport 539 Sep 21 by Andrew Evans
You’ll get a rare chance to test out your oval racing skills in this week’s GT Sport Daily Races, with a new set of three events. Our headline event comes…

Gran Turismo Sport 539 Sep 14 by Andrew Evans
This week’s GT Sport Daily Races, have an unusual twist with two events where the car is provided to you — and in both cases it’s a pick and mix,…

Gran Turismo Sport 133 Sep 10 by Andrew Evans
There’s a fresh set of GT Sport Time Trials starting today, and covering the next two weeks. It’s fair to say that the challenges on offer, though both set at…