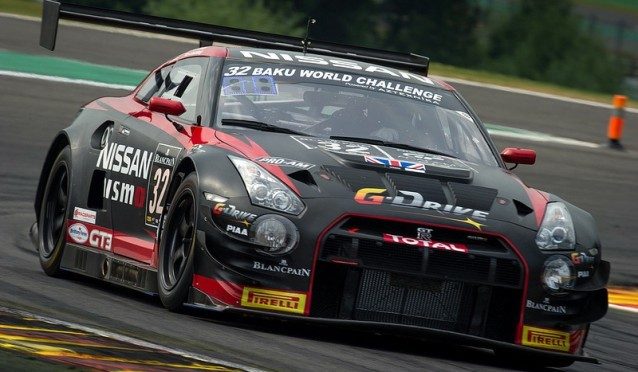 1000km in the Black Forest – that’s all that stands between GT Academy and two GT3 world titles.

The sixth and final round of the Blancpain Endurance Series takes place at the Nürburgring this weekend – on the Grand Prix circuit – and sees the Nismo Athletes in with a shout of both Pro-Am titles. 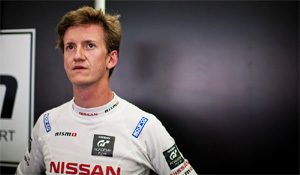 Leading the teams’ championship by a single point from AF Corse Ferrari, RJN have again entered a pair of GT-Rs for the final round, with Lucas Ordoñez, Wolfgang Reip and Peter Pyzera in the #35 car and Alex Buncombe, Mark Shulzhitskiy and Jann Mardenborough taking charge of the #32.

Three of the Nissan drivers lead the drivers’ championship too, with Ordoñez holding a four point advantage over Peter Pyzera and a further six points over Alex Buncombe, so there’ll be a real race for honours between the RJN cars too. 33 points will be awarded for the race win in the 6 hour event though, so there’s competition right down the field.

Kazuki Hoshino – who you may remember as a teammate to Lucas in a recent Super GT driver exchange event – will be in the race too, in the Pro-class #23 JRM Nissan GT-R. 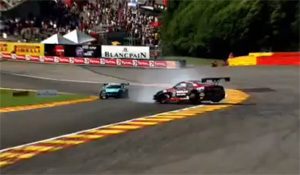 Mardenborough’s due for a busy weekend as he tries to repeat his double-formula drive from the Spa 24 hours, competing in three British F3 races and the Blancpain endurance race at the same venue in the same weekend. He’ll be hoping for better fortune though – last time out he ended on his roll bar in F3 thanks to a teammate. Alex Buncombe will be keen to erase the memories of his own massive shunt through Eau Rouge too, later traced to a hairline fracture in the nearside driveshaft.

Meanwhile at Silverstone there’s another 1000km event with another set of GT Academy graduates. Salman al Khater and Ashley Oldfield – winners of the Middle East and South African academy events respectively – will take their prize drive of a tilt in a GT4 Nissan 370Z in the Britcar MSA British Endurance Championship. They’ll be joined by South African touring car legend Tomas Scheckter for the race.