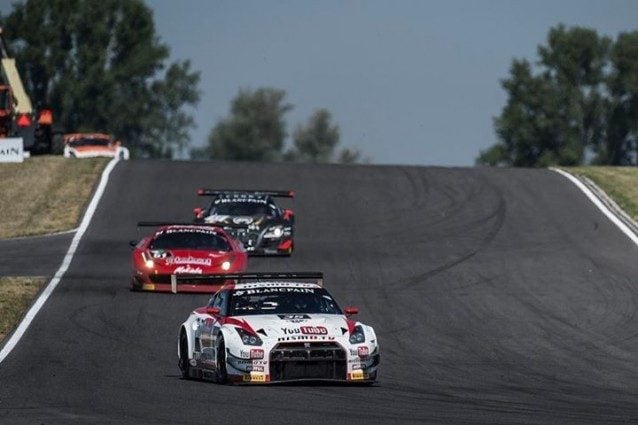 In a weekend busy enough to merit its own Twitter hashtag, the Nismo Athletes have been showing off their skills over seventeen timezones. 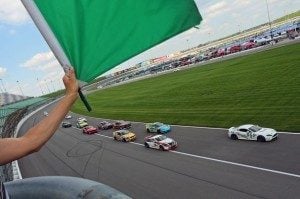 Getting the racing underway in Kansas were Bryan Heitkotter – again racing the 370Z for Doran Racing in the Grand Sport class of Grand Am’s Continental Tires Sports Car Challenge – and Steve “Dan Mitchell” Doherty. Steve had been drafted in to drive the Street Tuner class Nissan Altima in the same race.

The 370Z once again proved a pacy car in the hands of Bryan and BJ, qualifying second and being the fastest in the warm ups, and Bryan took full advantage after a middling start to leap to the top of the order. However a broken rear damper put paid to their race just a quarter of the way through – joined shortly after by Steve’s #34 Skullcandy Altima.

Heading over to Europe saw Jann Mardenborough competing in European F3 at the Nürburgring and Alex Buncombe and Wolfgang Reip in the FIA GT at Slovakia Ring.

Unfortunately Jann’s weekend was marred by being taken out – yet again – in a turn 1 incident in race 2, though this time not by a team mate. However, in all three races he managed to improve on his start position before the race end – with a battling 11th being the best result.

In Slovakia though, Wolfgang and Alex were again proving tough to beat in FIA GT. Although they missed out on superpole for Saturday, the qualifying race had them starting from 2nd in class following a twenty minute battle between Reip and the AF Corse Ferrari. Sunday’s feature race started quite unfortunately, as Wolfgang found himself caught up in the chaos of Sebastien Loeb’s first lap accident with Peter Kox – precipitated by Stephane Ortelli’s jump start. However, he managed to hand over to Alex 4th in Pro-Am with sufficient ammunition to nab the final podium place and eighth overall. 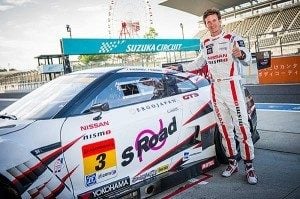 Last and certainly not least came GT Academy’s Super GT debut as Lucas Ordoñez co-piloted the #3 S-Road GT-R GT300 in the Suzuka 1000km. With a second place start in class, the race progressed steadily throughout the first third of the race until the team were given a 90s stop-go penalty for what appears to have been a pitlane infraction under safety car conditions following the #86 Lamborghini’s fire at 130R. This came at the worst possible time and dropped the team from consistent podium places to the lower reaches as the bunched-up pack came past. The team eventually finished in 9th in class.

It wasn’t just about the Nismo Athletes this weekend though, as Ashley Oldfield, the 2012 South African winner, was also in action, winning the Britcar Production Sportscar event at Snetterton. This race is a traditional haunt for GT Academy RJN as part of the driver development program ahead of the Dubai 24hr each January.