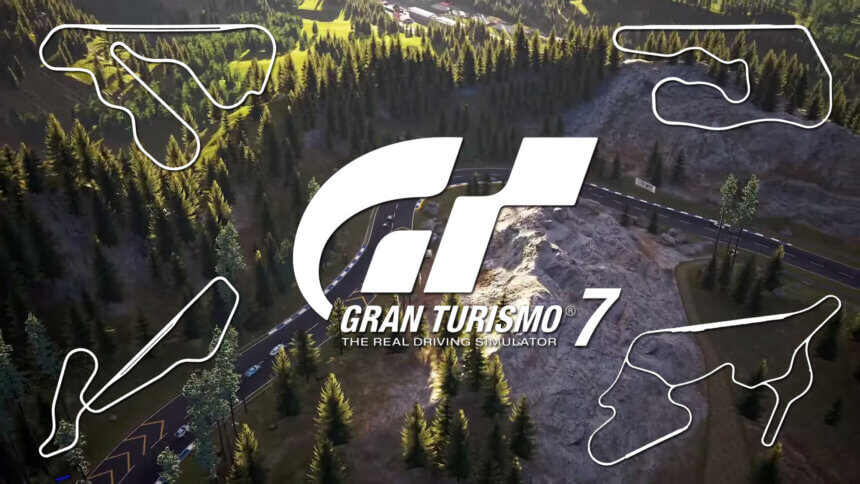 It’s pretty to safe to say that the Gran Turismo 7 reveal video made quite an impact on long-term GT fans. Though GT Sport has its own charms, players have missed the old GT style in more ways than one.

The moment that had probably the single biggest impact in the clip was the revelation of Trial Mountain. This classic fictional track has been part of Gran Turismo since the beginning, but — like so many other circuits — skipped out GT Sport completely. It’s back for GT7, but there’s even more good news: it might not be alone.

PlayStation dropped a pretty big hint on its own social media channel, but at the same time it’s quite subtle. You’d certainly be forgiven for missing it at first glance.

Yes, that’s tracks in the plural. This won’t necessarily come as all that much of a surprise though. Kazunori Yamauchi has previously stated that the studio has run some of the fictional circuits from previous games on GT Sport, but they had some problems — particularly with scaling.

This may be part of what’s behind the new version of Trial Mountain seen in the GT7 trailer. Most of the corners have seen some reprofiling, and there’s major changes to the first tunnel section, the final chicane, and both straights. Of course Polyphony Digital originally designed Trial Mountain for just six cars at once back in 1997’s Gran Turismo. GT Sport can see grids of 24 cars, and GT7 may well be capable of supporting yet more.

With Trial Mountain completed and Deep Forest at least in the works, that’s two of the original Gran Turismo‘s seven course locations accounted for. Grand Valley — which appears in icon form in GT Sport, in the East layout — might be the GT series’ most identifiable original course, and surely ranks among the tracks most fans would love to see return too.

For now there’s no way to know for sure what original tracks, or even how many, will make their return. However we anticipate more than a few further announcements as the game nears its still-secret launch date.

Deep Forest RacewayTrial Mountain
197 Comments Discuss this post in our forums...
Test Your Badge Knowledge With Our Car Logo Quiz

Gran Turismo Sport 457 Apr 12 by Andrew Evans
A new week means a new set of GT Sport Daily Races to get to grips with, and this week’s trio of events brings a mixture of pace to satisfy…

Gran Turismo Sport 457 Apr 5 by Andrew Evans
There’s a fresh set of GT Sport Daily Races now available, with players taking race cars — albeit in name alone in one case — to three of the game’s…