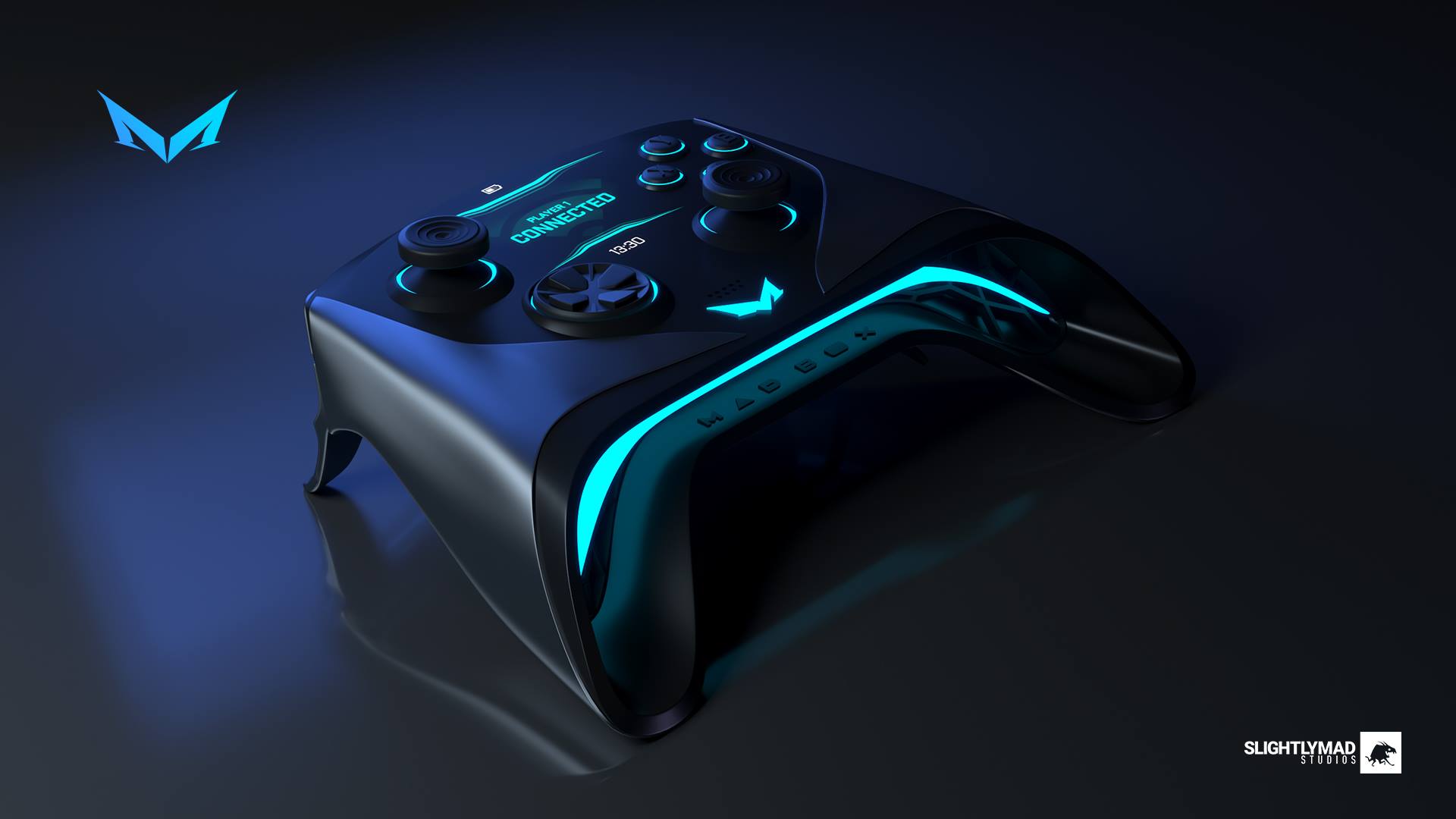 Slightly Mad Studios continues to be the topic of conversation as of late, and not without reason.

Starting 2019 with a bang, SMS announced its intention to enter the console market. Enter the Mad Box, the platform in question which studio head Ian Bell promises to be the “most powerful console ever built”.

What began as a mock-up design with a M-shaped design motif, soon became the finalized design seen below. With Bell remarking the design may go through a revision or two over time, we have to say one thing: it looks good. Now, another piece of the puzzle falls into place: the controller. 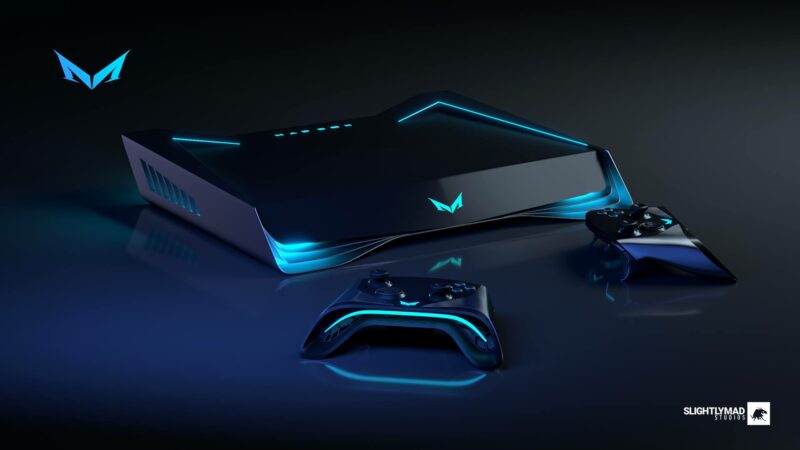 Right away, the sleek curvature matches the console, down to the lighting elements. You’ll find all the standard fair, including face buttons, two thumbsticks, and a directional pad. On the back are “precision triggers” and rear paddles. Right off the bat, the controller looks geared towards racing games, and we’d expect nothing less.

Like the console, the controller also features a graphic display. This is where things take a very interesting turn and raise a few questions.

The display itself appears to be dynamic in nature. Whether it be in-game information or a digital keyboard for writing messages — it does it all. There’s even indicators for what appear to be Home and Menu buttons, battery life, player assignment number, and even WiFi. 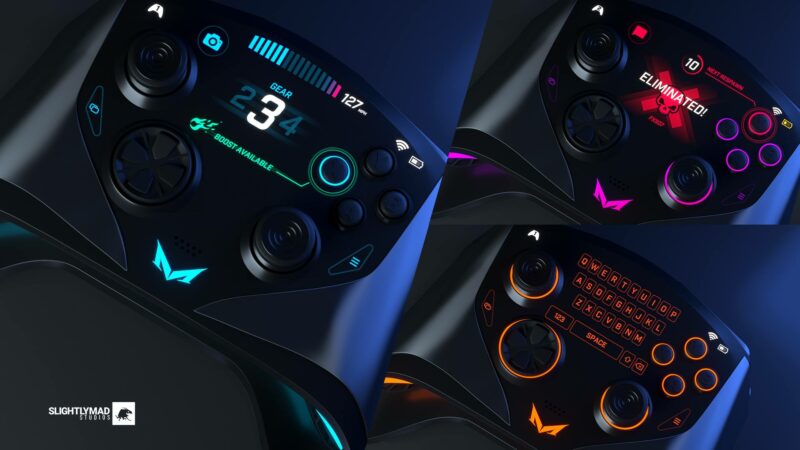 While very impressive, it raises one crucial issue: battery life. How long will it last? Combine all that tech with rumble motors and its a recipe for concern.

Another concern is cost: it’s no secret controllers for modern consoles veer on the expensive side.

With as much as the Mad Box’s controller has going for it, we’d be surprised if it came in at under $100. For the sake of comparison, an Xbox One Elite controller currently retails for $149.99 — and that’s without a display.

Andrew Evans · Jan 22, 2019· Comments
Serious sim racing can be an expensive business. Sim racing kit will set you back hundreds of dollars — or more — and that’s without considering a sturdy place to mount it.

Andrew Evans · Jan 22, 2019· Comments
After more than a year of waiting, Thrustmaster has finally revealed its new Direct Drive wheel: the T818.

Andrew Evans · Jan 22, 2019· Comments
If you’ve been waiting to get your hands on the official wheel of Gran Turismo 7, the Fanatec Gran Turismo DD Pro, now might be your chance as Fanatec is once again carrying stock — but you’ll need to be quick.

Jordan Greer · Jan 22, 2019· Comments
Logitech has just revealed the G PRO Racing Wheel, and it’s a product I never thought it would actually make. The company has a long history of producing reliable, entry-level sim-racing hardware, but it has always ceded the higher-end of the market to companies like Thrustmaster and Fanatec. With this new direct-drive wheel, all of that changes in a pretty big way.

Andrew Evans · Jan 22, 2019· Comments
In a surprise shot across the bows of high-end driving wheel manufacturers, Logitech has announced its new direct-drive G PRO wheel — and it will be available from today, for both Xbox and PlayStation.

Andrew Evans · Jan 22, 2019· Comments
After a brief tease earlier in the year, Thrustmaster has announced it will be revealing its first ever direct drive steering wheel base on November 17.

Michael Leary · Jan 22, 2019· Comments
If you’ve been waiting for an official “pro” controller from Sony, today’s your day. Sony has revealed the “ultra-customizable” DualSense Edge at Gamescom Opening Night for the PlayStation 5.