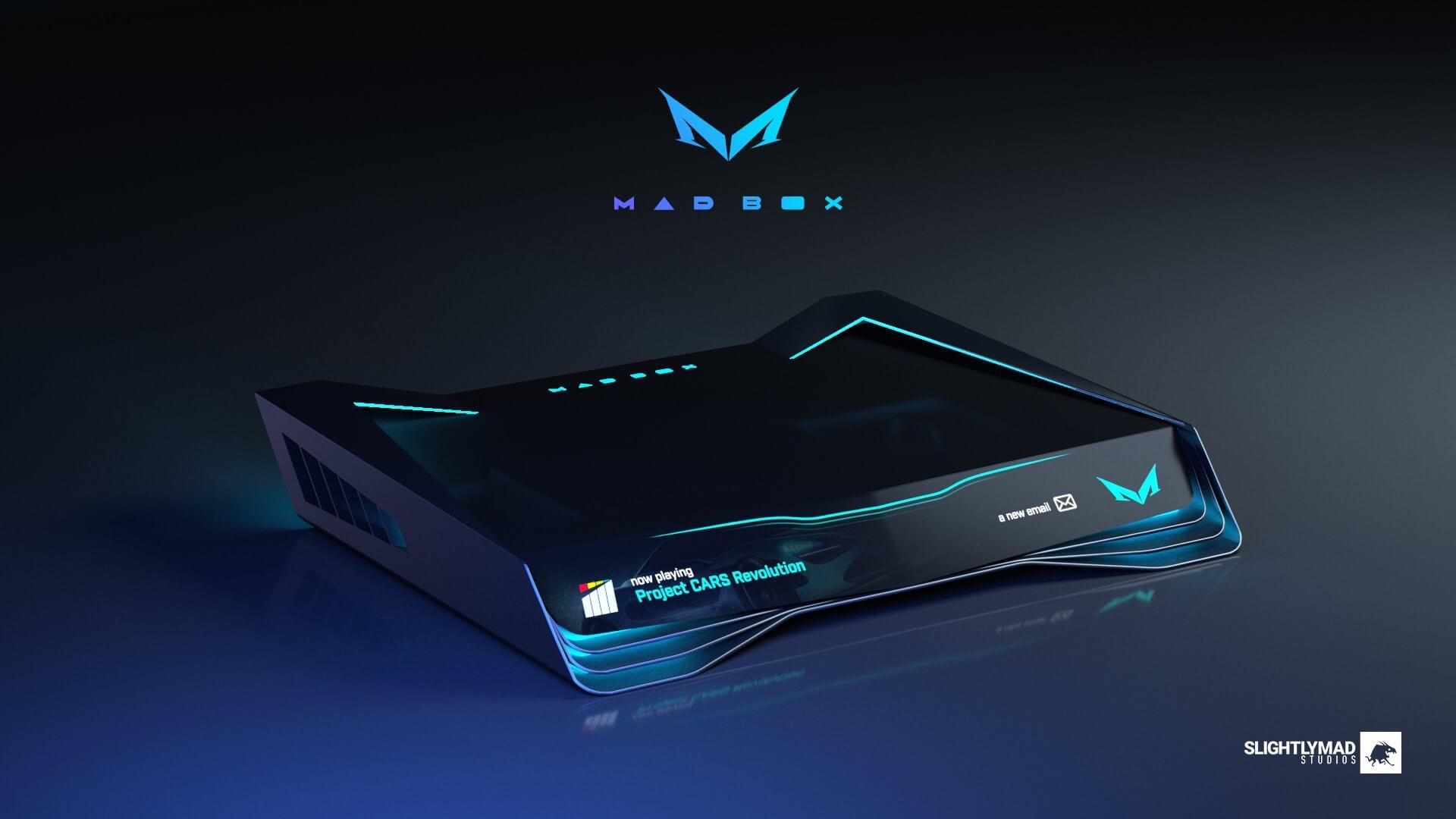 After a flurry of concepts from Slightly Mad Studios, it looks like the team has settled on the final design for its upcoming console, the Mad Box.

The console, which studio head Ian Bell promises will be the “most powerful console ever built”, has had quite a fast-paced story unfold. In less than two weeks, we’ve gone from the original, surprise announcement, through a peek at a mockup, and word SMS would be creating its own game development platform for it.

That first look at the console was a strange one. With a wavy M-shaped motif, it looked very much like a custom case for a PC. Bell released a few other mockups on Twitter over the following days, before revealing the design you see up top. “The public have spoken and we’ve listened,” said Bell. “This is the design we’re going with. It might be slightly amended over time…” 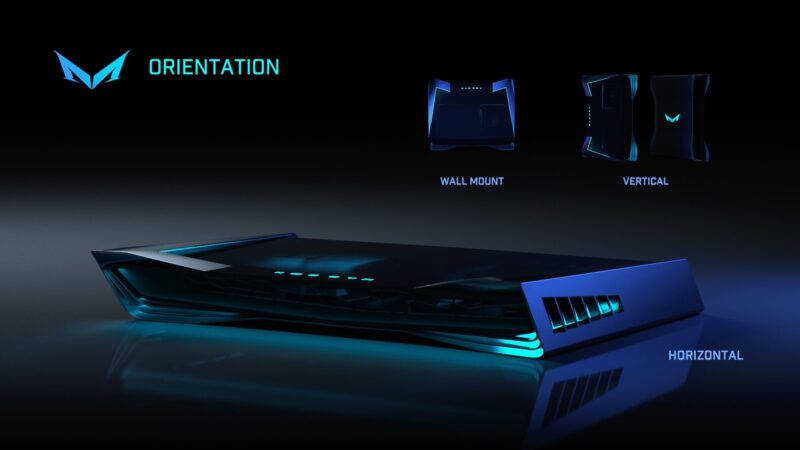 This iteration of the Mad Box fits much more in line with the sleek, minimalist look of modern gaming consoles. Much like Sony’s PlayStations, it’s also designed to sit either horizontally or vertically — SMS has even thrown in the option of a wall mount.

User-customizable lighting elements dot the exterior. According to the image, Mad Box owners will be able to choose from a variety of themes for them, based on music, games, or other options. The back plate will also be customizable.

The biggest departure from current systems however is the graphic display unit on the front of the Mad Box. This would show the game — or music, or movie — the user is currently playing. What’s more, it would be a touch screen, allowing them to slide, click, and tap their way through relevant media.

In an additional nod to the modern connected world, it can also display when a user receives an email. No word on whether that’d extend to other networks, such as social media.

What this mockup doesn’t make clear is size. It looks impressively lithe, with more vents than some race cars, but for the power SMS is targeting (full 4K plus support for VR), there’s going to be some serious cooling needs. The Xbox One X — the most powerful console currently on market — is slightly smaller than its PS4 Pro competition, but features a special vapor chamber to deal with the significant heat the internals create.

You may have noticed the mockup shows a new Project CARS title in play. We’re just as surprised as you are.

It could be a hint at a move away from numbered iterations for what would otherwise be known as the recently-confirmed Project CARS 3. It wouldn’t be the first time we’ve seen it in the genre: just look at Gran Turismo Sport or Assetto Corsa Competizione.

Besides, the team already has mobile title Project CARS Go as well as the business-to-business Project CARS Pro.

SMS is still targeting 2022 for the Mad Box launch. Given the pace of news on the console so far here in 2019, we’re sure we’ll get more details on it shortly. Watch this space!

Andrew Evans · Jan 14, 2019· Comments
Serious sim racing can be an expensive business. Sim racing kit will set you back hundreds of dollars — or more — and that’s without considering a sturdy place to mount it.

Andrew Evans · Jan 14, 2019· Comments
After more than a year of waiting, Thrustmaster has finally revealed its new Direct Drive wheel: the T818.

Andrew Evans · Jan 14, 2019· Comments
If you’ve been waiting to get your hands on the official wheel of Gran Turismo 7, the Fanatec Gran Turismo DD Pro, now might be your chance as Fanatec is once again carrying stock — but you’ll need to be quick.

Jordan Greer · Jan 14, 2019· Comments
Logitech has just revealed the G PRO Racing Wheel, and it’s a product I never thought it would actually make. The company has a long history of producing reliable, entry-level sim-racing hardware, but it has always ceded the higher-end of the market to companies like Thrustmaster and Fanatec. With this new direct-drive wheel, all of that changes in a pretty big way.

Andrew Evans · Jan 14, 2019· Comments
In a surprise shot across the bows of high-end driving wheel manufacturers, Logitech has announced its new direct-drive G PRO wheel — and it will be available from today, for both Xbox and PlayStation.

Andrew Evans · Jan 14, 2019· Comments
After a brief tease earlier in the year, Thrustmaster has announced it will be revealing its first ever direct drive steering wheel base on November 17.

Michael Leary · Jan 14, 2019· Comments
If you’ve been waiting for an official “pro” controller from Sony, today’s your day. Sony has revealed the “ultra-customizable” DualSense Edge at Gamescom Opening Night for the PlayStation 5.