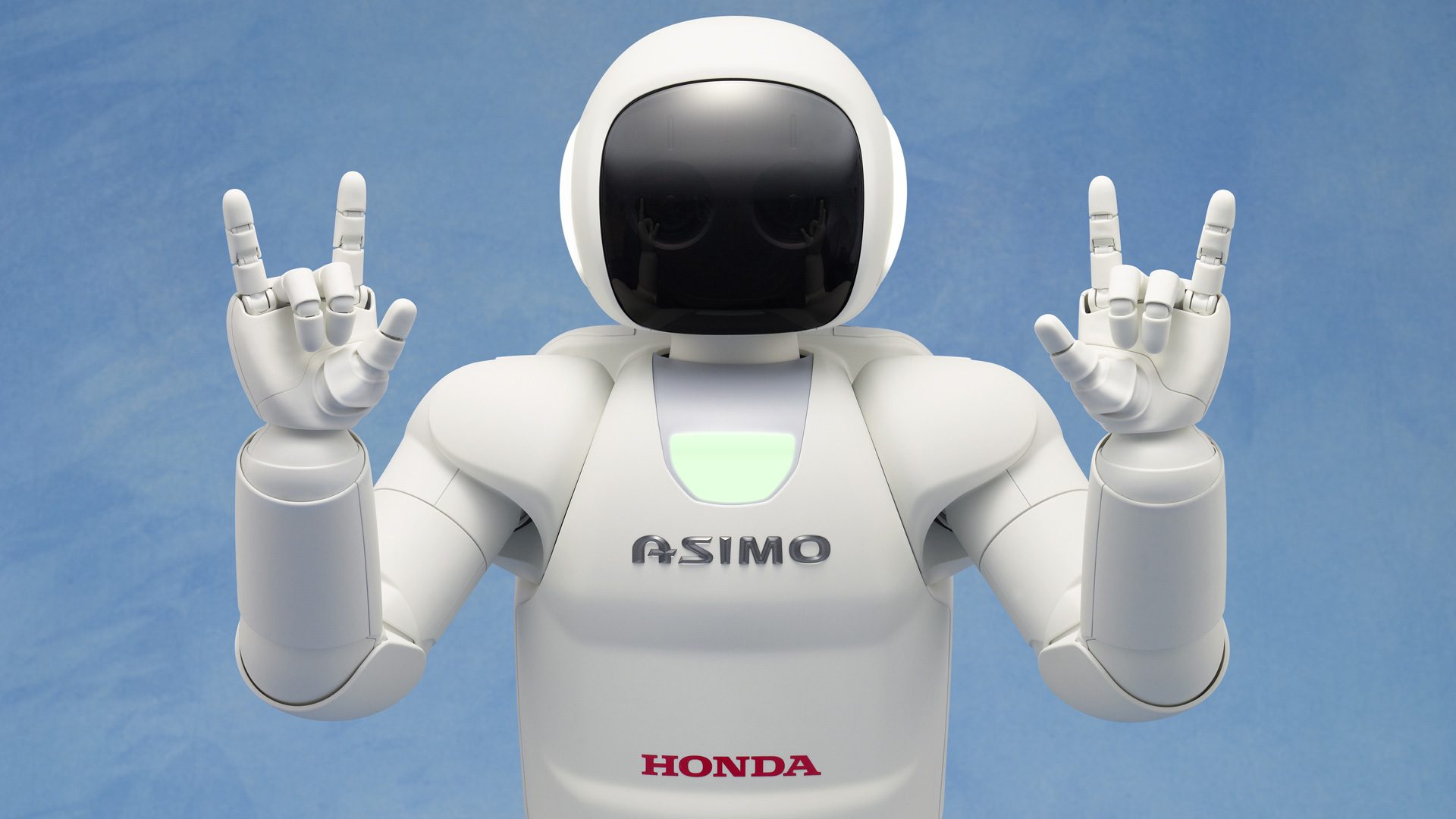 As you probably know from its cool adverts, Honda makes more than just cars. From jet planes to generators, if it’s mechanical, chances are Honda has a version of it.

Out of all its non-automotive products though, perhaps the most fun is ASIMO, the humanoid robot. Sadly, after 18 years, the project is at its end.

The ASIMO project — short for Advanced Step in Innovative Mobility — traces its roots back to 1986. It was during that year Honda introduced its first humanoid robot the E0. At that time it was nothing more than a set of legs. Over the next seven years, Honda worked in secret from the public eye honing its invention. Each year it managed another leap forward with the technology.

Then in 1993, the P1 came along further evolving the technology and design. Now with arms and legs, it started to take more of the familiar robot shape. However, Honda still kept the project in the dark as it continued to make improvements.

In 1996, Honda broke out from the shadows with the P2. This model blurred the line between science fiction and fact, and its evolution into 1997’s P3 model put it firmly into the uncanny valley at the time.

After the debut of the P2, it took another four years before ASIMO would come to life in its final form. For its first public appearance in the US, it made a grand entrance; on February 15, 2002, ASIMO rang the opening bell on Wall Street, making it the first non-human to do so. 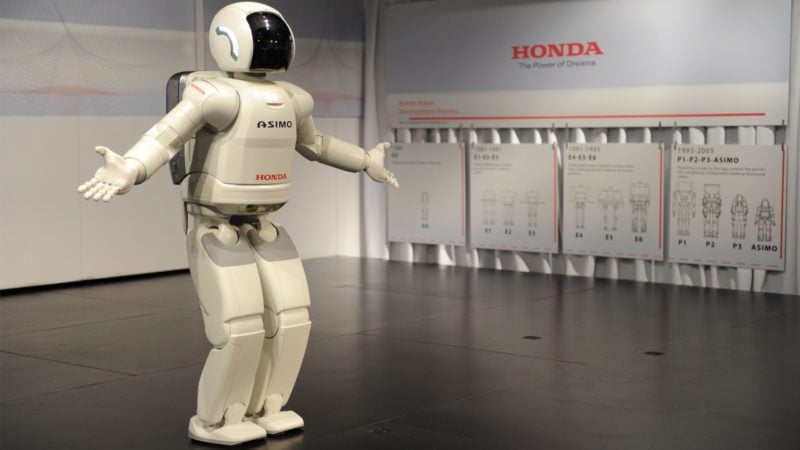 This was just the first appearance in a long line of amusing appearances. Over its 16-year public tour, it did things like entering a game show, put on a dance routine, and introduced a film about itself at the Sundance Film Festival. It even led the Detroit Symphony Orchestra in a rendition of The Impossible Dream.

ASIMO had a fairly epic career, but now it’s entering into retirement. Despite the project coming to an end though, the legacy of ASIMO will live on. 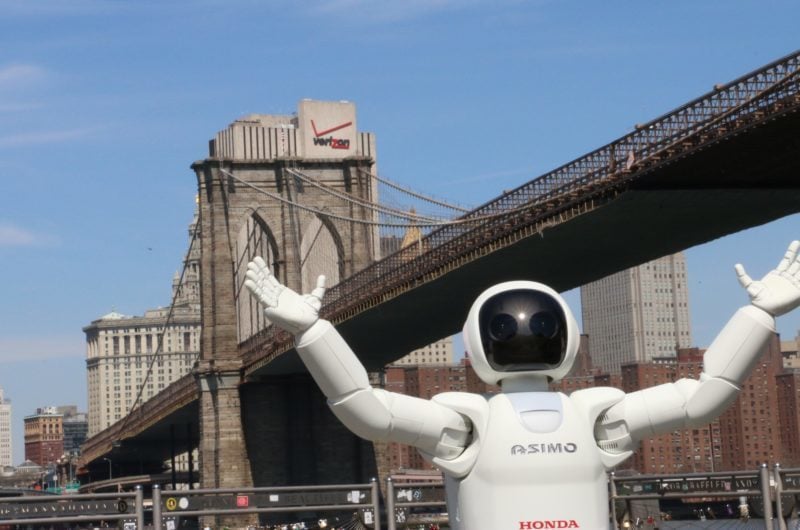 If you follow automotive trends you know autonomous tech is huge right now. Virtually every company is scrambling to bring the latest and greatest to market before anyone else. Honda developed a visual object recognition system for ASIMO, using a pair of cameras (ASIMO’s “eyes”). This allows ASIMO to distinguish human faces, spot moving objects, and even determine gestures — vital for predicting traffic behavior and patterns.

ASIMO also has a laser scanner for navigation. This combines with its eyes to allow it to recognize and move through its environment. By using the knowledge gained from ASIMO, Honda has a literal leg up in the area of autonomous navigation. 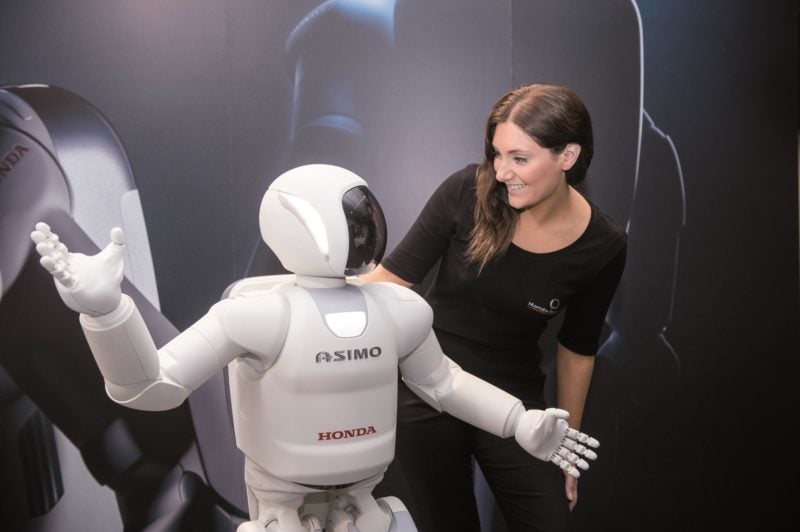 Another of ASIMO’s legacy technologies is gyroscopes. Last year, Honda unveiled a self-leveling motorcycle which used similar tech found on ASIMO. This sort of feature will undoubtedly find its way into production bikes at some point and make riders safer overall.

Finally, ASIMO should help pave the way for other robotic advancements in the future. Capturing the movements of the human body is difficult, but Honda managed to figure it out — ASIMO was the first robot to be able to run, with both feet leaving the ground for 0.08s. This means we are one step closer to androids being able to perform dangerous jobs that now only humans can.

It’s sad that ASIMO is moving on, but we’re definitely thankfully for the advancements it contributed too. 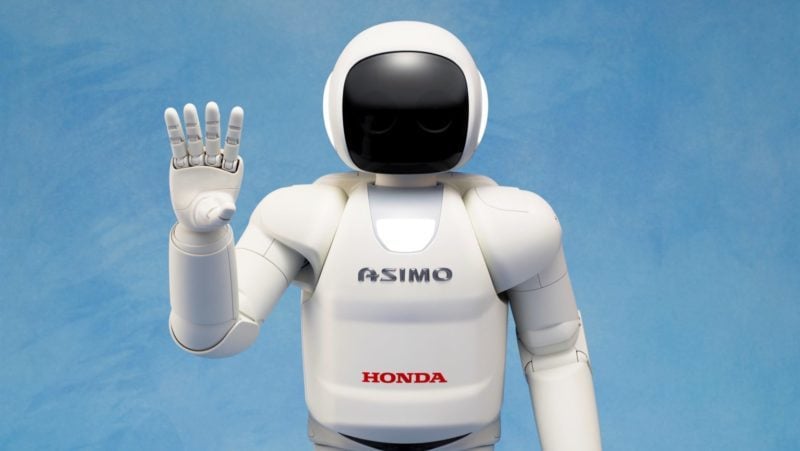