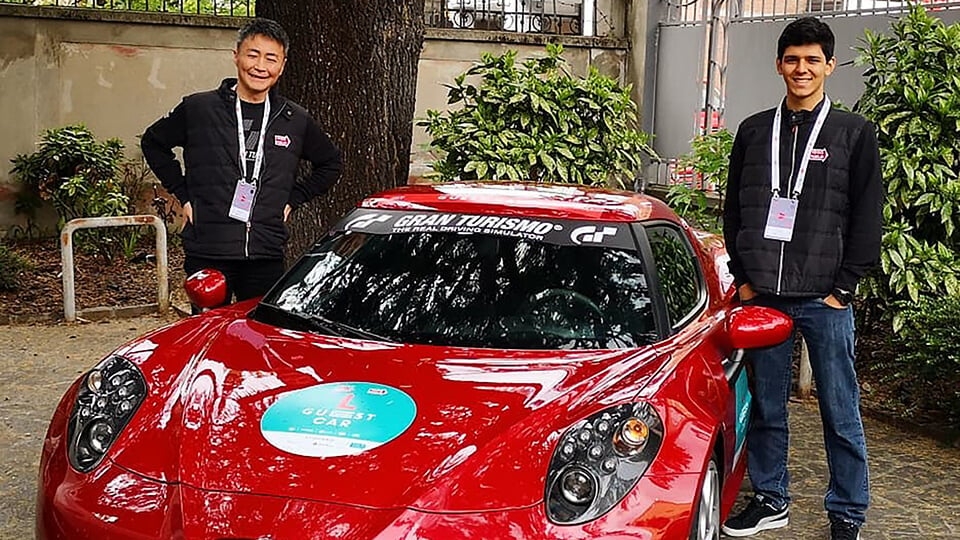 Igor Fraga is taking a break from collecting podiums on the race track — digitally and physically — to take part in the historic Mille Miglia. Not only that, he’ll be sharing driving duties with Gran Turismo creator Kazunori Yamauchi.

Fraga announced the news on his Facebook page yesterday. While Yamauchi is a Mille Miglia veteran, this will be the Brazilian GT FIA champ’s first appearance. The duo will be teaming up in a modern-day Alfa Romeo 4C. This means they won’t be part of the official race, but filling in as guest entries. Nonetheless, with over 400 cars taking part, it should be quite the epic road trip.

The race begins later today, at 1430 local time. Fraga and Yamauchi-san will join the rest of the cars as they depart Brescia. They’ll be aiming for Cervia for the first day, arriving at the coastal town some seven hours later. The next day involves another long drive to Rome. After that, the whole pack will turn around, taking a more southern route back to the starting point.

The end of the third day will passing through Siena and Firenze before arriving at the final overnight stop of Bologna. Departing bright and early, they’ll make a pass through Modena and other towns before once again arriving in Brescia, very nearly 100 hours after departing.

We’d be lying if we said we weren’t just a little bit jealous.

Gran Turismo players will recognize Siena as a rally location from GT5. We wouldn’t recommend taking this event as a hint of what’s to come in GT Sport, however: the next track could be a classic British one instead.

Thanks to Lee x sensai for the tip!