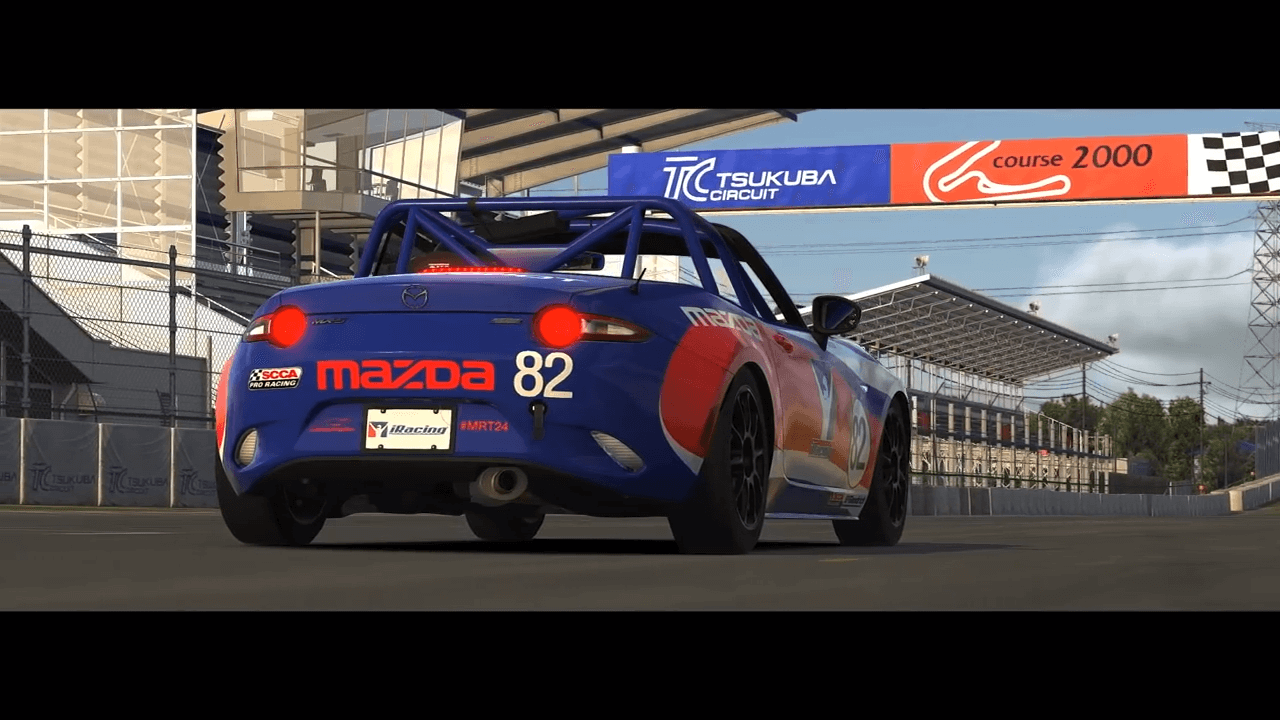 We may be in the final few weeks of 2018, but the crew at iRacing is already looking ahead. The first update for the new year is available today, bringing with it a variety of new content to the venerable PC sim racer.

New Free Tracks For All Players — Including Tsukuba

Yes, plural. The latest update brings two tracks to the game. Up first is the Charlotte Motor Speedway Roval. The North Carolina-based track combines most of the 1.5-mile oval with a technical infield section. This year saw changes to the layout, bypassing a chicane for even quicker lap times. This is the only layout right now (the legacy 2016 oval remains in the game), but expect more in future updates.

The other track is none other than Japan’s Tsukuba circuit. It’s a track that should be very familiar to Gran Turismo players — in fact, iRacing banners show up in the GT Sport version of the track! The 1.29-mile “2000” ribbon packs in a dozen corners (or 14 with the mid-lap chicane in play). There are seven layouts available, including the oft-overlooked second “1000” track, all for free.

Naturally, the iRacing crew used the most appropriate car for the trailer: a Mazda Miata. It won’t just be a few set times of day at Tsukuba, either…

Yes, after plenty of teasing and testing, the track settings are about to get much more dynamic in iRacing. Clouds will shift and change shape in the sky, with the shadows on track matching them — and thus changing surface temps. As the sun sets, the temperature and humidity will change accordingly.

Players will be able to set specific times of day, or select from a handful of presets (sunrise, late afternoon, etc). Each track’s real-world location will be taken into account, and the available dates to simulate will line up with the track’s typical racing schedule. Don’t expect to head to Mosport in the first week of January, then.

It all should add plenty more layers to the experience, especially during endurance races.

It wouldn’t be an update without more cars, right? This year’s previous additions have largely been tin-top racers and rally cars. It’s open-wheelers’ time to shine though, with both the Dallara Formula 3 and Formula Renault 3.5 closing out the year.

The Dallara will be the slower, easier drive, coming in at around 200hp with a 1,200lb curb weight. Moving up to the Formula Renault — also using a Dallara chassis — more than doubles the power output to 530hp. There’s a bit more weight to lug around (roughly 1400lb), but we doubt you’ll notice it too much.