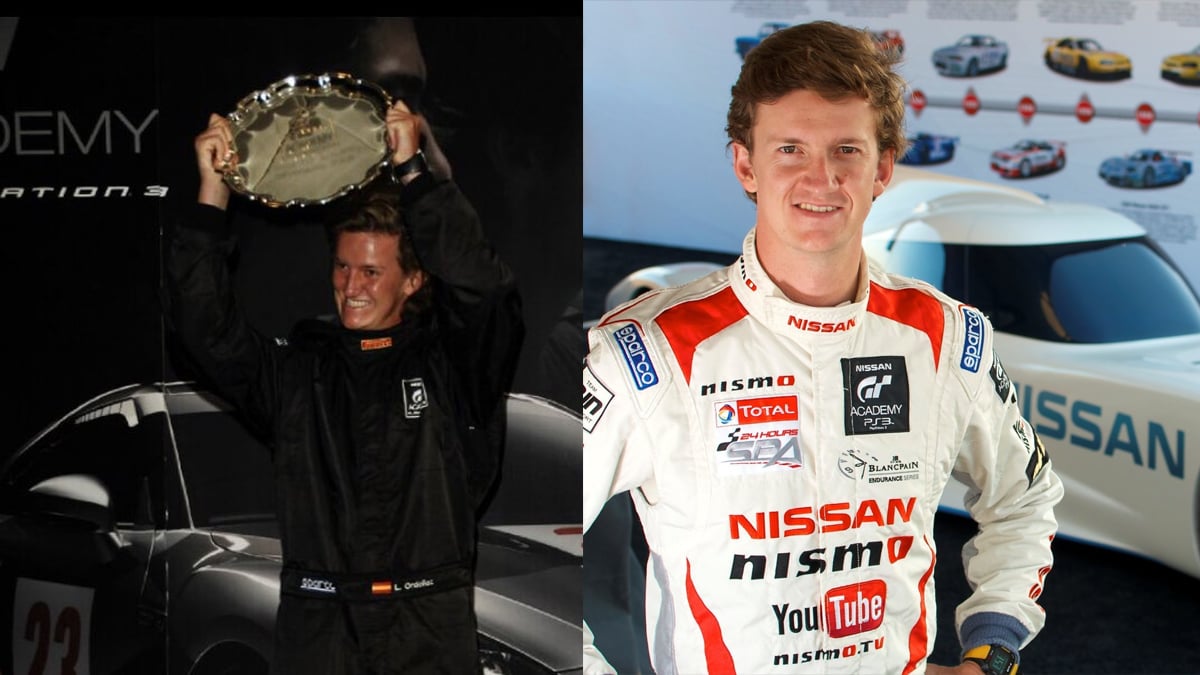 It’s hard to believe, but a decade has now passed since Nissan, Sony, and Gran Turismo put a gamer on the path to becoming a pro racer.

It was on August 31 in 2008 that Spain’s Lucas Ordóñez — then only 23 — won the inaugural GT Academy competition. Ordóñez had fought his way past thousands of Gran Turismo 5: Prologue players, securing a position at the final week of events at the UK’s historic Silverstone circuit. There, he continued to impress the judges behind the wheel of Nissan 370Zs and GT-Rs. With a consistently strong showing, and obvious natural talent, his victory wasn’t exactly a shock.

Lucas wasn’t alone, either: Lars Schlommer of Germany was the other winner the judges selected for the driver development program. These were early days however, and this sort of thing hadn’t been done before — there were bound to be hiccups. “He couldn’t hack it when we pushed him up,” RJN Motorsport boss Bob Neville told Autosport back in 2012. “If he had more time, it could have been different. He basically couldn’t handle the complexity and speed of the car.”

But Lucas was another story. After completing the driver development program, the Spaniard showed he was serious by securing a podium in his first European GT4 Cup event. Fast forward to the end of the season, and Ordóñez tied for second in the championship. 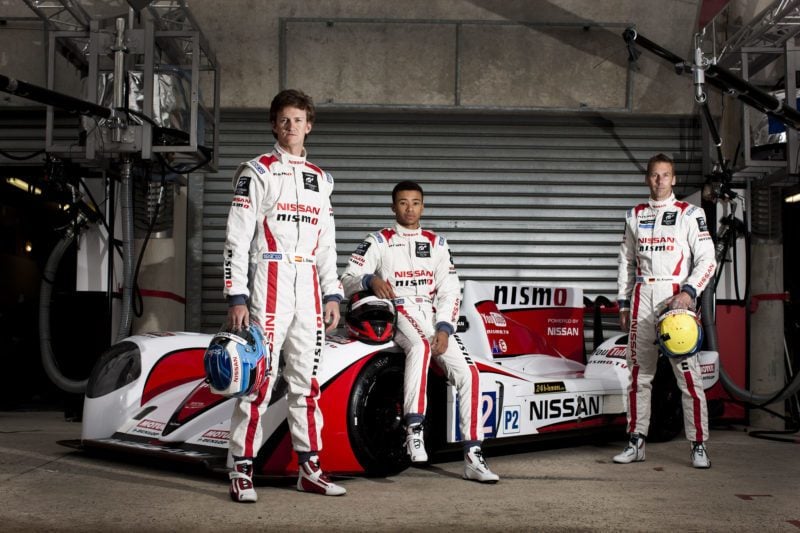 Into the Big Leagues

Two short years later, and Ordóñez had graduated to a full-blown LMP2 prototype. This meant fulfilling a life-long dream and racing at La Sarthe for the 24 Hours of Le Mans. He didn’t just putter around the track, either. Lucas shared driving duties with Frank Mailleux and Soheil Ayari, and together, the team put its Oreca second in class. Signatech won the LMP2 season in the end.

Life didn’t slow down for Lucas in 2012. Kicking things off in January, he headed up the first “all-gamer” GT Academy team at the Dubai 24H, the traditional proving ground for the program. With him were 2010 winner Jordan Tresson and both 2011 winners, America’s Bryan Heitkotter and Europe’s Jann Mardenborough. The team finishes third in class.

Lucas added a class win to the trophy cabinet at the daunting Nürburging 24H in May of that year. Teaming up with no less than Gran Turismo series creator Kazunori Yamauchi (as well as Yasukichi Yamamoto and Tobias Schulze), the No.123 GT-R beat out the entire SP8 T field, which was… another GT-R. Don’t let that fool you though. This was a practically stock road car, which not only finished the entire event around the 15.7-mile Green Hell, but nabbed an overall spot of 30th.

Nissan had quite a string of experimental cars around this time. Not one to shy away from a challenge, Ordóñez found himself behind the wheel of all of them. He piloted the wild Deltawing to its first finish at Road Atlanta in 2012. That car’s quasi-successor, the hybrid ZEOD RC, saw Lucas as its first confirmed driver two years later.

These days Lucas continues to race in the Blancpain Endurance series — the same one he won Pro-Am Drivers Championship in in 2013. He’s still in a GT-R too, repping the company that helped start his career. In a retrospective from Nismo on the last decade, Ordóñez had this to say:

“Winning GT Academy completely changed my life. But, the biggest highlight of the last ten years was standing on the podium at Le Mans in 2011. Racing with Kazunori Yamauchi, the Gran Turismo creator, and winning in class at the Nurburgring 24 also ranks high up there.” 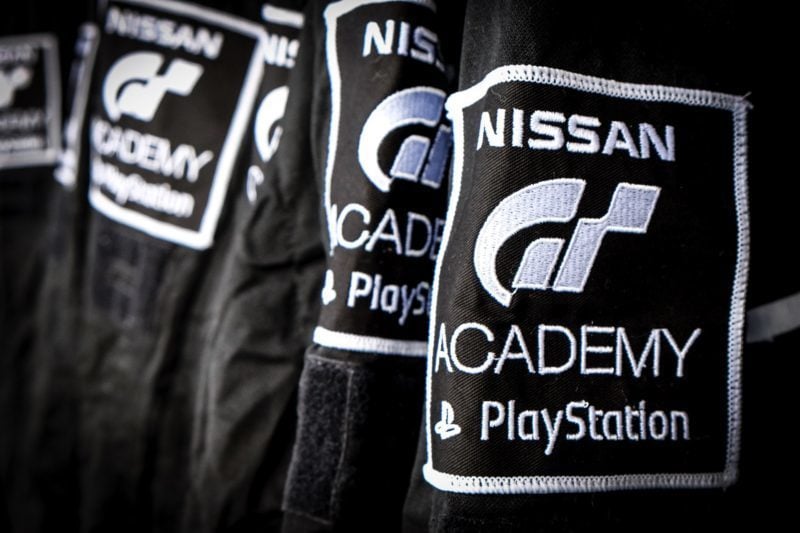 A lot has changed in a decade. Esports have normalized the idea of professional gamers. Other titles in the sim racing world have had their own gamer-to-racer stories, though few have done it with the pomp and circumstance that Nissan and Sony’s combined marketing might managed. Nor have they produced results like multiple Le Mans podiums, or being deemed too fast by series organizers.

There was McLaren’s World Fastest Gamer challenge last year (and this year’s mysterious Project Shadow). And given its ties to the biggest racing series around the globe, we wouldn’t be surprised if some of the F1 Esports drivers find their way behind the wheel of some manner of real race cars in the near future.

Of course, Gran Turismo has its own esport program: the currently ongoing FIA Championships. While there isn’t a spot in Nissan’s driver development program at the end of it, there is a trip to the end-of-year FIA celebration. The winner will receive a trophy in the same manner this year’s F1 champion will. Will manufacturers and race teams keep an eye on the fastest of the fast in the FIA championships, eager to suss out talent in the digital world? We wouldn’t bet against it.

That’s why we shouldn’t gnash our teeth or wring our hands over the apparent lack of the GT Academy program in 2018. As a proof of concept, it was immensely successful: it’s made the idea of snapping up talent via sim racing a genre-wide accepted practice. GT Academy had nothing left to prove.

This is a new era, but it’s one that the Sony-Nissan program has left its indelible mark on. So happy anniversary to the program, to Lucas Ordóñez, and all of the other winners over the years. We can’t wait to see how much more the virtual and real worlds blur together!