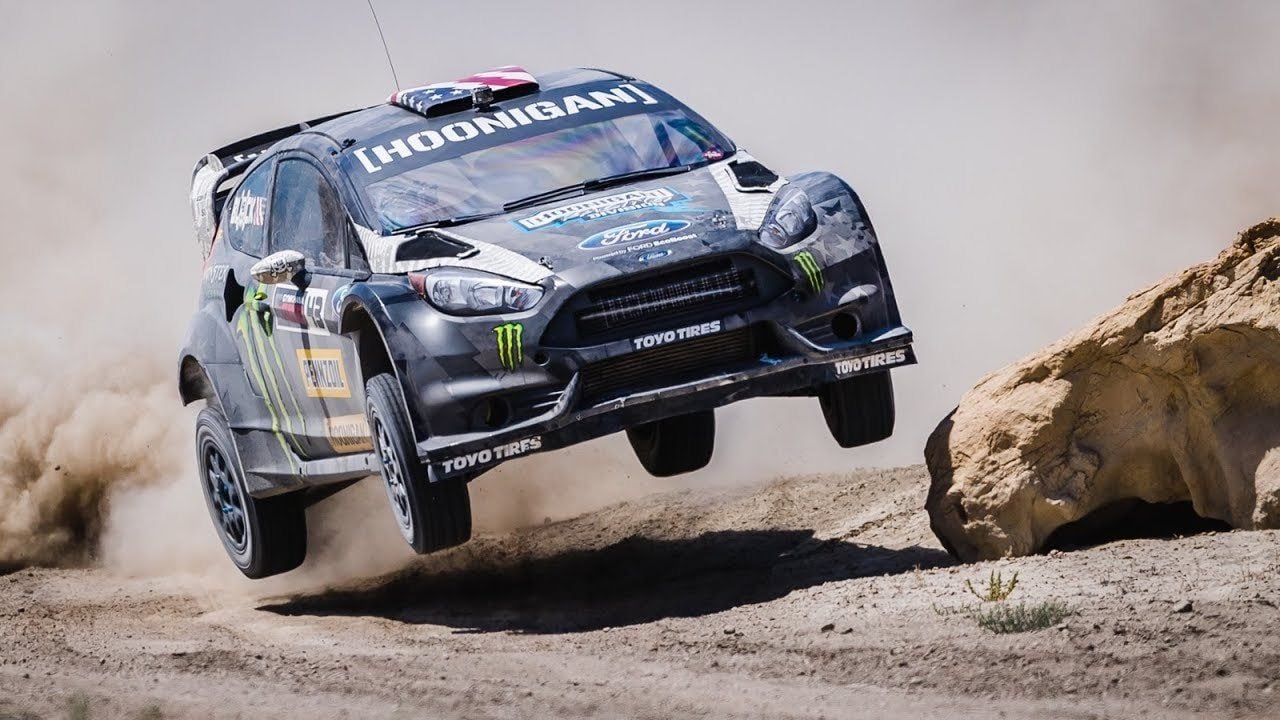 Ken Block is back with another one of his hooning videos. In conjunction with Pennzoil, Block leaves the asphalt behind in what he’s calling Terrakhana.

Southern Utah’s Swing Arm City off-road park located near Capitol Reef National Park provided the backdrop for this latest video. With 102 degree temps and fine silt, the area is anything but hospitable.

The desert floor comprises of a mineral known as bentonite, which is essentially cat litter. While definitely bad for your lungs, it does make for some cool looking dust clouds.

Terrakhana features Block’s Ford Fiesta RX43 that he drove in Gymkhana 8. With 600hp and AWD, Block did mention to Top Gear Magazine that it’s way overkill for dirt. Judging by the stunts Terrakhana features though, we’re guessing he’s glad to have all that power.

If you’re thinking about trying something like this, don’t. Block practices and coordinates every move before making them. Also, Swing Arm City, unfortunately, won’t allow cars into the park. It’s only reserved for dirt bikes and OHV’s. It’s probably for the best though since Block-wannabes everywhere will now think their Fiesta is a dirt monster.

Block’s next film, dubbed Climbkhana, should hit YouTube before the summer ends. It will feature Block tackling Pikes Peak in the 1,400hp 1965 Mustang known as the Hoonicorn. Yes, the same monster that just landed in Forza Horizon 3.

Check out the video below for all of Block’s Terrakhana action. Also, check out the forums to tell us what you think about this latest release.