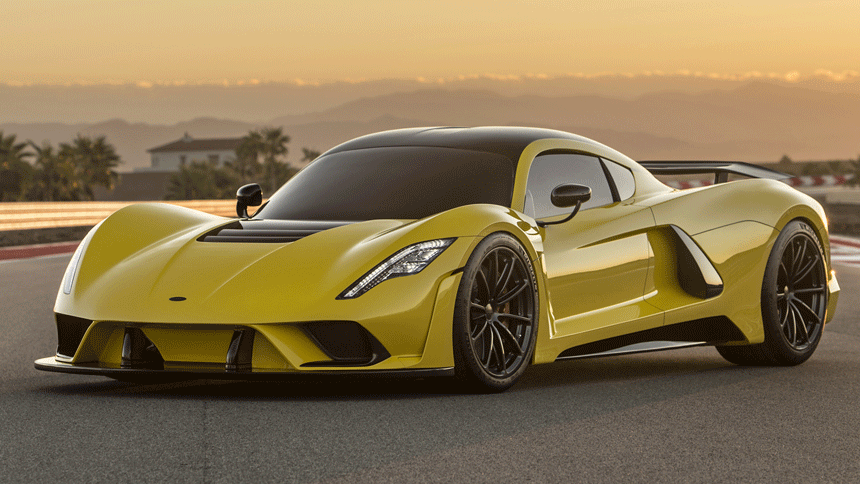 Hennessey has unleashed its new secret weapon in the top speed war with its Venom F5.

With a claimed top speed of 301mph, the Venom F5 could very well end up as the fastest production car in the world. This is of course if Hennessey actually finds a long enough stretch of road to let the car run free.

So how does the Venom F5 manage to destroy the Bugatti Chiron top speed of 261 mph? First, it comes down to horsepower. The Venom F5 has what only can be described as a boatload. A 7.4-liter V8 with twin-turbos produces a whopping 1,600hp — over 100 more than the Chiron.

Next, comes weight. Tipping the scales at 2,950lb the Venom F5 is light by any standards. That’s an incredible 1.8lb per horsepower. To put that into perspective, the Chiron is a comparatively lardy 3lb per pony.

The final piece of the puzzle is the drag coefficient. At .33Cd the Venom F5 is quite slippery for a hypercar and will cut through the air with ease. To achieve the top speed it’s shooting for it’ll need all the help it can get. 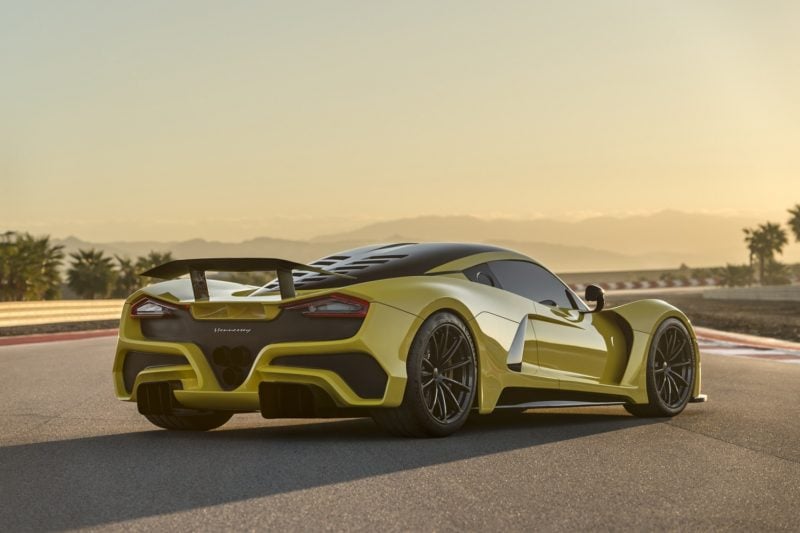 Since no current vehicle met the needs of Hennessey, it built the Venom F5 from the ground up with its own bespoke chassis. This is in stark contrast to its predecessor, the Venom GT, which rode around on a modified Lotus Exige platform.

To show the advantages the Venom F5 has over the GT, Hennessey explained that in order for the GT to hit the same 301mph top speed it would need a staggering 2,500hp. This is an excellent example of how once you get past 250mph aerodynamics are incredibly important.

Since speed is the name of the game with the Venom F5, Hennessey skipped the 0-60mph time. Instead, it opted to give us the 0-186 mph time, which is under 10 seconds. So in about the time it takes a standard economy car to hit freeway cruising speed, the Venom F5 is already pulling three times that.

In addition to the record top speed, the Venom F5 also has its sights set on the fastest 0-249mph time. Hennessey claims it’ll reach that speed in 30 seconds, which is about six seconds less than the current record holder, the Koenigsegg Agera RS.

Of course a car this bonkers also comes with an equally bonkers price tag. The Venom F5 starts at $1.6 million but with a few options that price will climb quickly.

Even with the rather absurd price tag, it’s still about a million dollars less than that Chiron. However, with the Venom F5, there’s zero chance you’ll be riding around in comfort like you would with the Bugatti.

With only 24 hitting the production run, the car will sell out fairly quickly. When it comes to hypercars — or we guess whatever the next evolution of that is — buyers often look for whatever sounds the most impressive.

We look forward to seeing if Hennessey puts its money where its mouth is and takes the F5 up to the 300mph barrier. Even if it gets close to that, it’ll still be impressive.