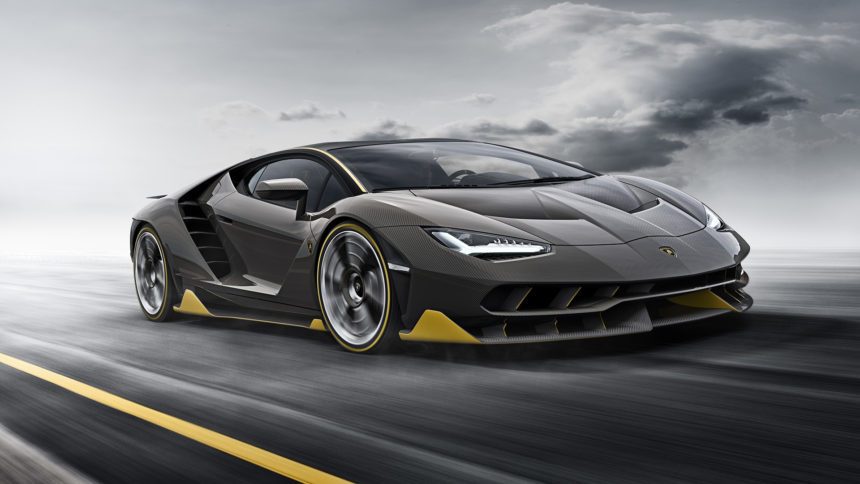 Lamborghini Centenario – It’s Fast and You Can’t Buy It

This year would have marked the 100th anniversary of Ferruccio Lamborghini, the founder of the eccentric Italian marque. To celebrate the occasion, the storied automaker is producing an extremely limited production run of the Centenario pictured above. Unveiled at this year’s Geneva Motor Show, the Centenario’s design is built around a carbon fiber monocoque chassis and Lamborghini’s most powerful V12 powerplant to date, producing 770 horses, and can propel itself to 60 in a paltry 2.8 seconds.

While the Centenario’s performance figures may pale in comparison to the epic standards set forth by Bugatti’s 1,500 horsepower Chiron, the twelve-cylinder powerplant within the exotic torpedo produces its full complement of power with no additional aids. The Centenario’s V12 is all naturally-aspirated muscle, and given enough room will launch the car from 0-186 mph in 23.5 seconds, onto a top speed of over 217 mph. 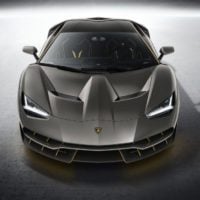 Given the automakers innate ability to showcase radical design cues, à la the Veneno and Egoista, the Centenario is almost tame by comparison. The body is lavished with a gloss carbon fiber finish, giving it a relatively modest look. A ‘mono line’ from front to back defines the signature Lamborghini contours, with low overhangs creating a clean, lush shape.

The design language of the Centenario lends itself to the credo that it is a true expression of the company’s commitment to new and inspirational design. A means of allowing the designers and engineers a way to create a vehicle that demonstrates advanced technologies in the form of a limited edition, “The Centenario is a car that perfectly combines tradition and innovation. It looks to the future while honouring the legend that is Ferruccio Lamborghini,” says Automobili Lamborghini President and CEO Stephan Winkelmann.

Aerodynamic inlets made of several fins are showcased at the front and rear, lending further character to the car, with large air scoops in the front bonnet. Which, while reminiscent of sports cars from the 70’s, are there for functionality: air is taken in through the front end of the car and contributes to the downforce on the front axle. The design of the car demonstrates Lamborghini’s undying loyalty to ‘form follows function’, and this is defined by the intakes, outlets and ducts that mark its aerodynamic superiority, as Winkelmann continues:

“The Centenario is an opportunity for our designers and engineers to transcend some of the constraints of series car production to achieve an incomparable result: the Centenario has immediately proved itself as a desirable collectors’ car, while demonstrating new Lamborghini technologies and outstanding performance. It is the most fitting tribute to Ferruccio Lamborghini in his centenary year: a man who created an exceptional brand, believed that anything was possible, and produced extraordinary, iconic cars. The Centenario is a super sports car for Ferruccio Lamborghini and the future he and we believe in today.”

If your heart is beset on owning one of the 40 examples—20 coupés and 20 roadsters—costing $1.9 Million USD a pop, don’t act too fast as all 40 examples have already been spoken for. Lamborghini exclaims they want the Centenario to be driven and not just sit around as a showpiece.

We’ll be keeping an eye on the Centenario and Lamborghini following their announcements at Geneva this week. Who knows where they’ll turn up next…

Head on over to the Centenario’s dedicated discussion thread in our Automotive News section to talk about this beast, and let us know your thoughts in the comments below!

Lamborghini
The original comments for this post are no longer available.
F1 2020 Review: A Winning Formula