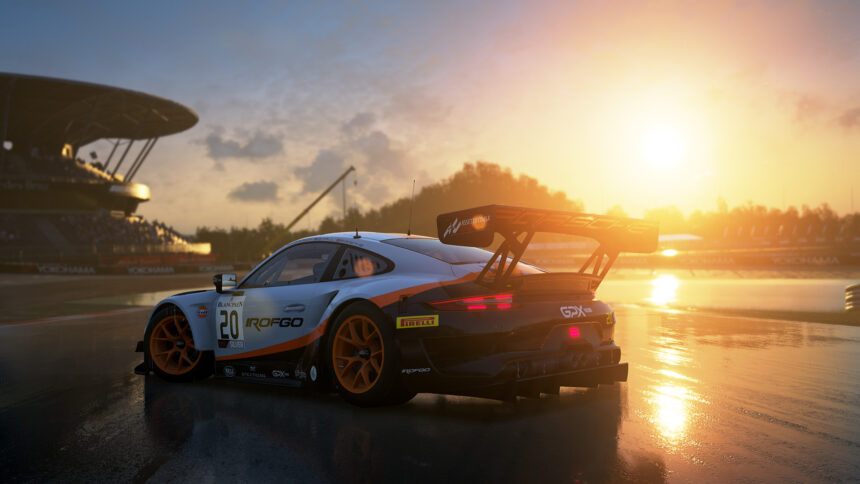 If you’ve been waiting for news on the console release of Assetto Corsa Competizione, you’ll not want to miss this event today.

Developer Kunos Simulazioni will host a live virtual preview of ACC‘s upcoming PS4 and XB1 releases, starting at 1500 UTC. Gaming and esports journalist Imad Khan will present the event, which which largely focus on Competizione and its real-world impacts. However, the stream also promises to reveal exclusive “behind-the-wheel development” of the console versions of the title.

The core of the event is how the game recreates the international GT events around which the title is based. On the discussion schedule are the cars, tracks, teams, and drivers in the real world who find digital versions of themselves within ACC. There’ll also be some time to cover how the real-world drivers use the game — or similar tools — as part of their training regime.

Joining Khan will be representatives from the SRO itself — Robbie Montinola and Anthony Comas — and some drivers with whom gamers should be familiar. GT Academy champion Bryan Heitkotter, and sim-racer turned pro David Perel will both be on the panel. Guy Cosmo, a professional racing coach, will also be part of the discussion on racing games and esports, which will likely focus on the SRO Esports GT Series, run on the PC version of Competizione.

Along with a first look at the console version of the game, there’ll be a live-moderated Q&A session with invited members of the press. Although viewers won’t be bale to directly participate, they can nonetheless get a better idea of what’s in store.

You’ll be able to watch the full event on the live stream below. Assetto Corsa Competizione for PS4 and XB1 will launch a week today, on June 23.