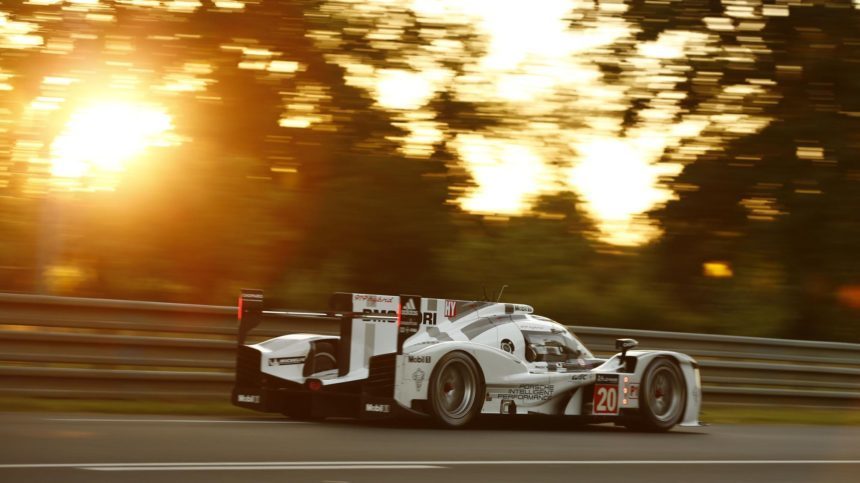 Is LMP1 Dead? Now Porsche Has Cancelled Its Program Too

The future of LMP1 is in doubt today, as Porsche has announced it too is terminating its involvement.

The German manufacturer is the fourth factory team to withdraw from LMP1 in six years, following Peugeot, Nissan and Audi. It’s the latest change in motorsport policy from Volkswagen Group, after the termination of Audi’s LMP1 program and VW’s WRC exit in 2016. Like Audi, Porsche will switch its focus to Formula E.

Volkswagen is currently suffering badly from the effects of Dieselgate. The widespread emissions cheating scandal has seen the group’s costs rising in order to fix vehicles, pay compensation and deal with fines. Motorsport is a vanity project it can ill afford at this point. Porsche will still continue to race 911s in the GT classes, while Formula E uses control chassis, cutting development costs.

However, the consequences for the FIA World Endurance Championship (WEC) and Le Mans could be disastrous. The 2017 grid at Le Mans was already the smallest in memory, at just six cars. Porsche’s withdrawal shrinks that to four, with three Toyotas and the privateer ByKolles car. The WEC grid would be even smaller, with just three cars – compared to eleven in its first season. WEC, for its part, has released a rather terse statement in response:

Porsche, which recently confirmed its participation in the FIA ​​LMP1-H World Endurance Championship as a manufacturer up to the end of the 2018 season, and which has been actively involved in the development of the technical regulations that will come into force in 2020, has just announced the withdrawal of its LMP1 hybrids from the end of the 2017 season.

The Automobile Club de l’Ouest, promoter of the WEC and organiser of the 24 Hours of Le Mans, regrets this precipitous departure, as it does the abruptness of the decision from one of endurance racing’s most successful and lauded manufacturers.

Le Mans has previously run with just a single manufacturer in the top category. The attrition rate of the small grid in 2017 nearly resulted in an LMP2 car taking the overall win. The Automobile Club de l’Ouest (ACO) may cancel the category rather than allow that to happen again.

And what of Toyota? The Japanese manufacturer must surely feel jinxed by the French track after freak incidents in the closing stages of the 1999 and 2016 races robbed it of potential victory. It couldn’t even profit from the mayhem of 2017, with only one car finishing, 9 laps down. Porsche’s withdrawal may give it a clear run, but will it want to be in a class of one? Toyota is, after all, only signed up to WEC through to the end of this season.

Perhaps the time is right to rethink the LMP categories. Last year’s LMP2 cars were faster on the straights of Le Mans than the LMP1s, and lapped as fast as 2012’s top tier. The low cost LMP3 category now sits behind it. Meanwhile, carmakers are creating hybrid supercars, like the McLaren P1, Porsche 918 and LaFerrari. Could we see a revival of the GT1 class?

24 Hours of Le MansPorsche
37 Comments Discuss this post in our forums...
Test Your Badge Knowledge With Our Car Logo Quiz