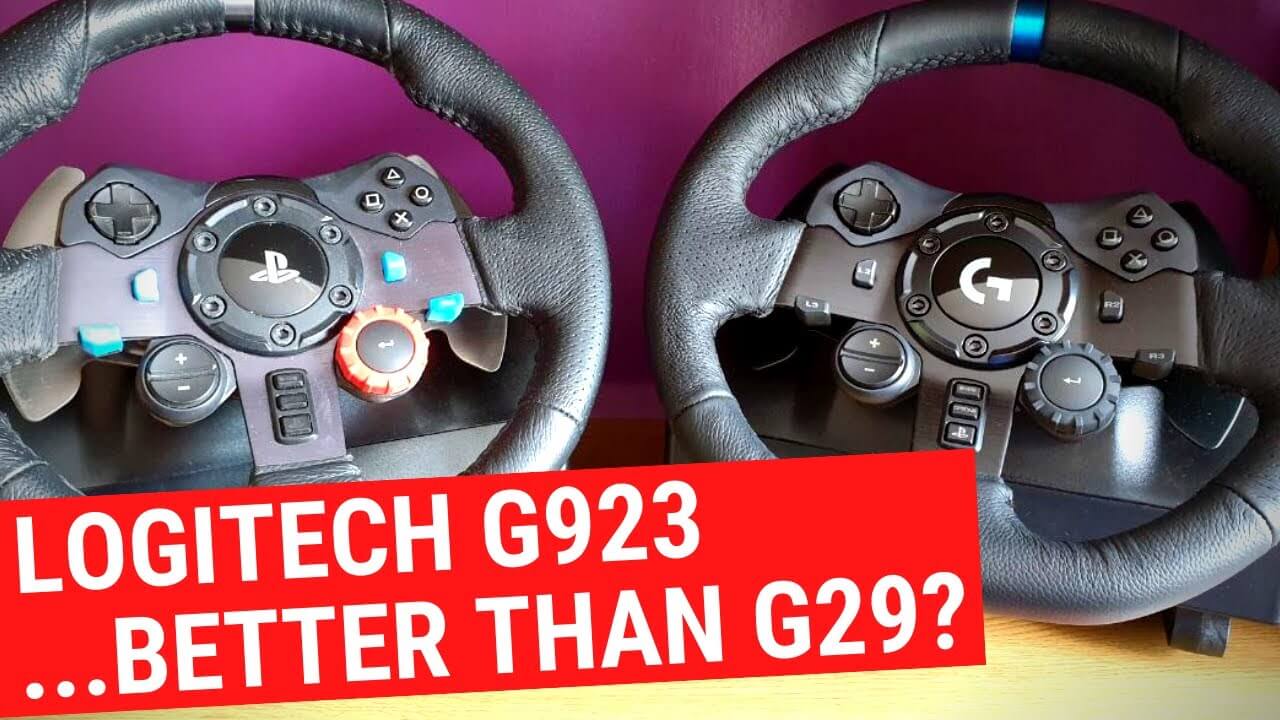 Earlier this month, peripheral manufacturer Logitech brought out a new racing wheel and pedal set. Going by the official name of “G923 TRUEFORCE Sim Racing Wheel“, it’s the brand’s first new wheel in five years — following on from the G29 and G920 in 2015.

The Logitech name has quite some legacy in sim racing, and particularly in association with Gran Turismo. As far back as Gran Turismo 3, Logitech was the official racing wheel of the GT series, with the GT Force wheel — you could even buy the wheel bundled with the game.

While Gran Turismo has since moved to other partners, Logitech’s products have remained the wheel of choice for those starting to get serious about sim racing. The Driving Force Pro and GT replaced the original model, adding 900-degrees of turning radius, then the G25 came along with its clutch pedal and separate shifter module. More recently we had the G27 and, in 2015, the G29, which was both PS3 and PS4 compatible — with a sister wheel for the Xbox platform.

Given its market position as the entry, but still full-featured, sim driving wheel, a new model is a significant moment, and something we just had to try out. Logitech UK sent us along a unit to test and see what we think. After putting it through its paces, we’ve recorded our thoughts and put them into a video you can watch below — along with our review summary.

Still the wheel of choice for those starting to get serious about sim-racing, but TRUEFORCE tech is yet to come into its own.

Learn more about how our rating system works.
Quality and Finish

Should last just as long as all its predecessors, new look lends to a higher perceived quality.
Features

Ultimately still relies on gear-driven shaft and potentiometer pedals, but you can’t argue with everything it brings to the table.
Compatibility

One version is PS4/PS5 compatible, one is XB1/XB Series compatible, PC compatibility for both.
Value

Matches the G29 for sticker price; ideally you’d be looking to pay less. Still the cheapest fully featured wheel out there.