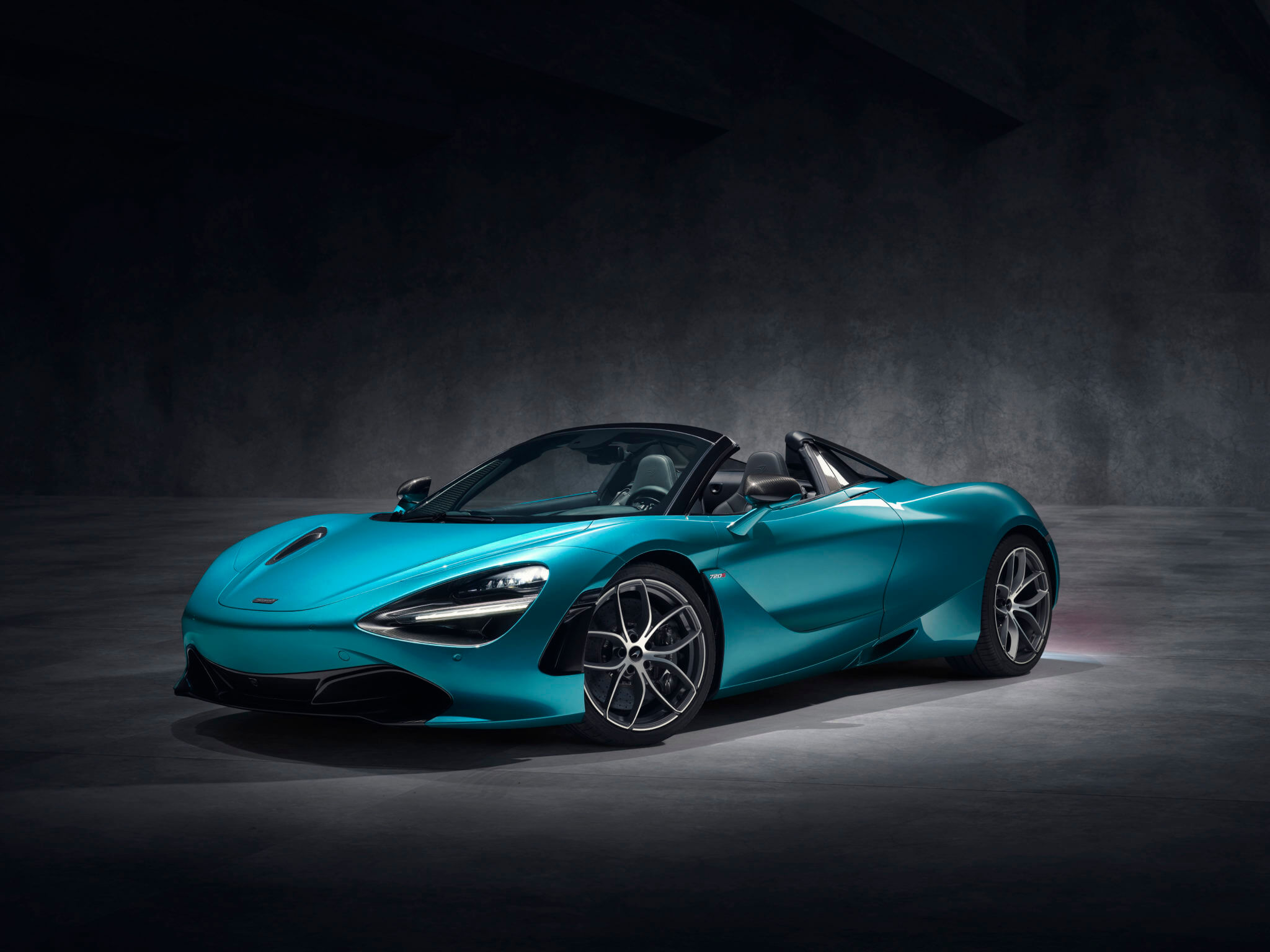 McLaren’s wrapped up 2018 with another new model. Joining the 600LT ant Speedtail, this is the 720S Spider, the al fresco version of the firm’s Super Series car.

The droptop made its debut at McLaren’s annual Winter Ball. Housing the same 710hp 4.0-liter turbo V8 as the coupe, the important stats — 710hp and 568lbft — are identical. It comes in a little over 100lb heftier than the hardtop, though at 2,937lb McLaren states it’s the lightest convertible car in its class.

That minimal weight gain translates to barely any changes in its performance figures. 0-60mph flashes up in 2.8 seconds, 124mph in 7.9, and the quarter is done in 10.4. Those latter two times are only a tenth off the hardtop. The 720S also matches its sibling with a 212mph top speed.

McLaren has introduced a few changes to the 720S’ Monocage II carbon tub for Spider duty. Dubbed Monocage II-S, it trades the overhead spine for new carbon supports in the rear. These were steel in the previous 650S, and the move to the weave has saved 15lb.

The folding hard top itself is also different. All carbon in standard spec, it now raises and drops in 11 seconds, up to 31mph. Both of those figures are better than the 650S Spider managed. With the roof stowed away, there’s a tiny two-square-foot storage space out back. Pack lightly.

If carbon seems a little too standard supercar fare for you, the 720S Spider’s roof can be specced in electrochromic glass. A button can switch it from tinted to clear — though the car will default to tint when it’s off.

No matter which roof owners choose, the 720S comes with those delicious glass flying buttresses behind the cockpit. That should keep visibility — a McLaren strong suit — high.

The color in these pictures is Belize Blue. It’s one of three new hues, joining Aztec Gold and Supernova Silver, the latter of which was originally on the 12C. The 20-inch, 10-spoke rims are unique to the Spider, and are available with two different sets of Pirelli rubber (P Zeroes or no-cost P Zero Corsas).

Like the fixed-roof model, the Spider will come in standard, Performance, and Luxury trims. Orders are now open, with first delivers kicking off in the spring thaw, in March 2019. Expect to pay at least $315,000 for the privilege; roughly $25,000 more than the coupe.