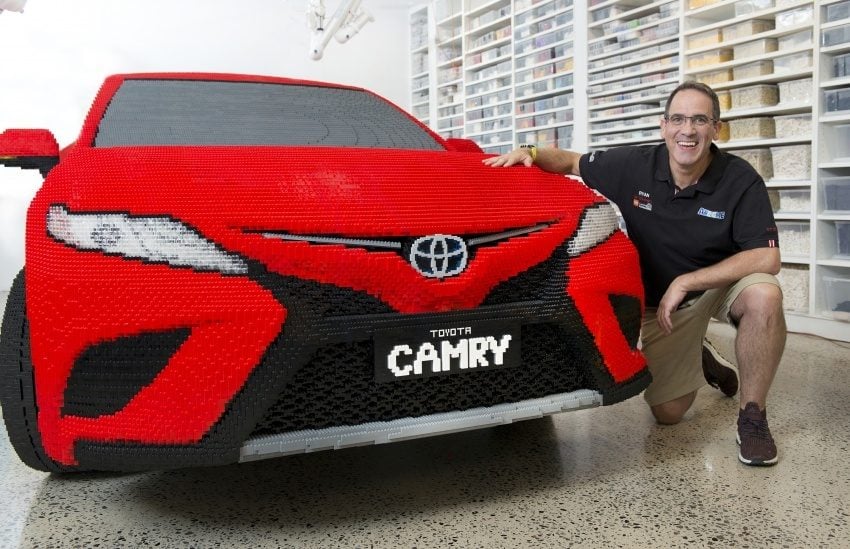 Have you ever loved a car so much that you’d build a full-size replica of it out of LEGO bricks? Ryan McNaught of Australia has, and he chose an eighth-generation Toyota Camry.

McNaught is better known as “Brickman”. He’s one of just 14 LEGO-certified professional builders in the world, and the only one in the southern hemisphere. He built the Camry as a special commission for Toyota Australia, designing and building the vehicle himself in his Melbourne workshop. 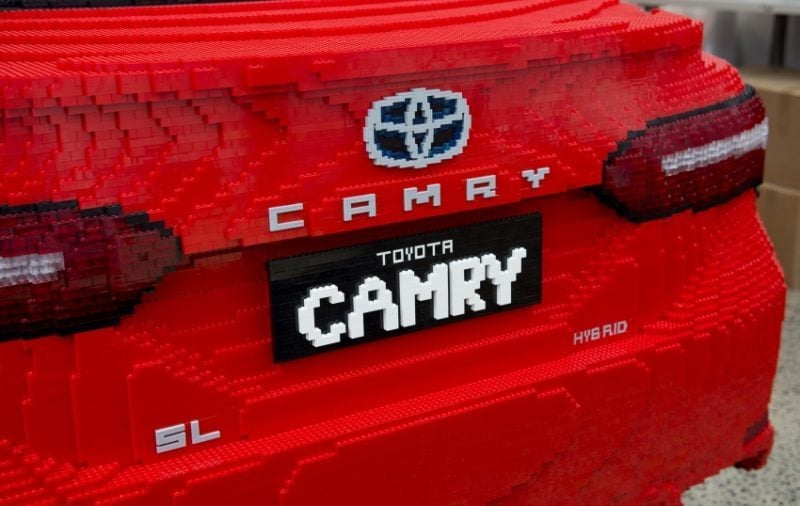 It took half a million LEGO bricks and more than 900 hours to build, over the space of two months. That’s marginally slower than Toyota, which can assemble a Camry from 30,000 pieces in just 18 hours.

The Brickman Camry features working headlights, brake lights and indicators, along with details like the Toyota logos on the alloy wheels

Weighing in at 4,500lb, the plastic Camry is a good 20% heavier than a metal one. What’s more, it’s a lot pricier; with the average LEGO brick coming in at ten cents, it would set you back $52,000, or twice the list price of the car. That doesn’t even cover that fact you’d have to build it yourself rather than have Toyota do it for you.

Brickman’s Camry is one of just 40 exhibits at the Brickman Awesome exhibition in Melbourne, Australia. Other items on show include a 25-feet tall replica of a NASA SLS rocket, and a life-sized Harley Davidson. The event, at Melbourne Museum Plaza, runs from Wednesday March 21 to Sunday April 29.

LegoToyota
9 Comments Discuss this post in our forums...
Can You Beat the Impossible Gran Turismo Quiz?