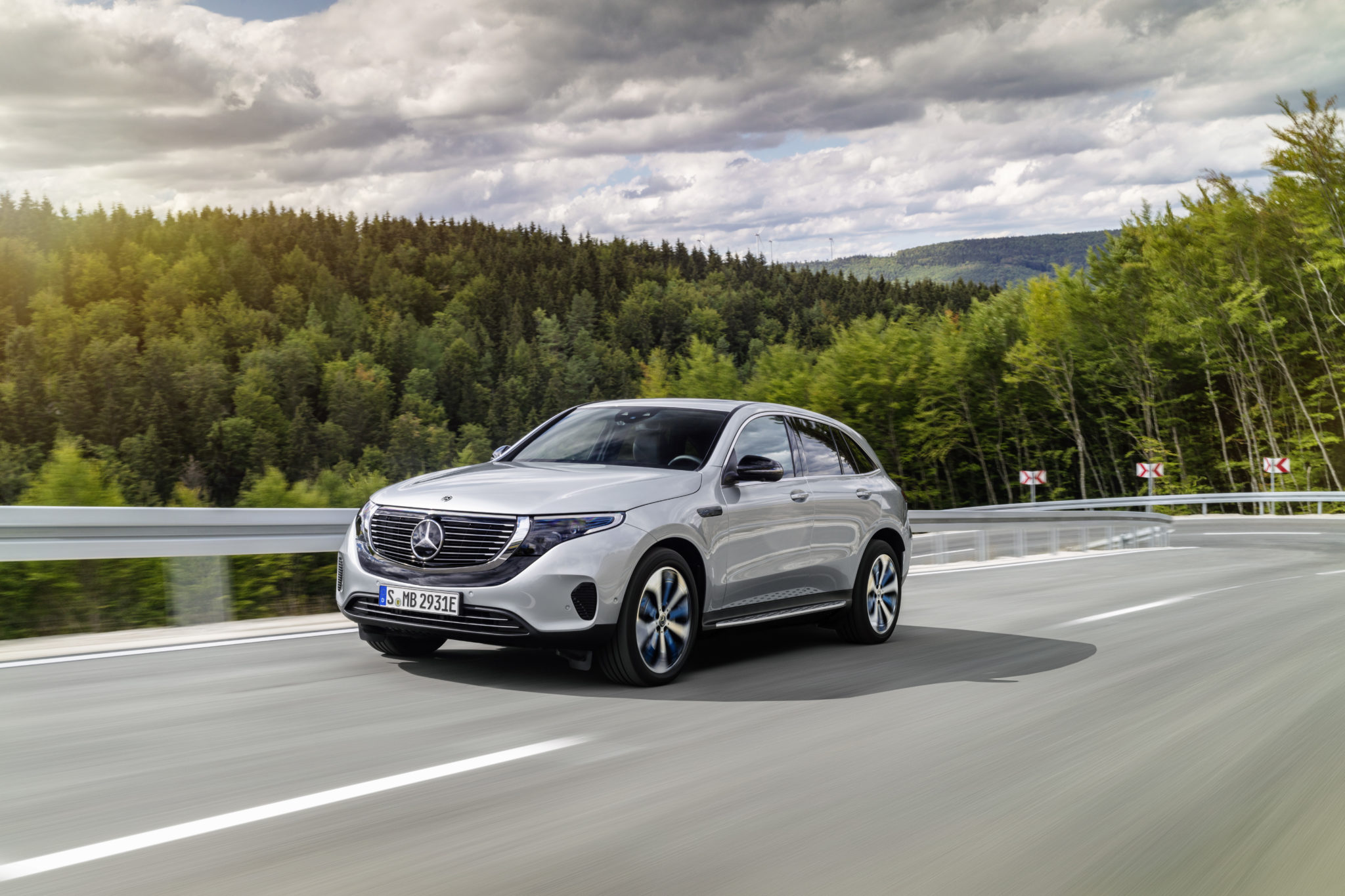 Move over Tesla and Jaguar, there’s a new all-electric SUV on the horizon with the Mercedes-Benz EQC.

The sub-brand from Mercedes started nearly two years ago at the 2016 Paris Auto Show. At that time the company took the wraps off the concept version of the EQC. Fast-forward to today and the production model mirrors many of the elements of the concept.

Upon first glance, you’ll notice a variant of Mercedes design language throughout the vehicle. Unfortunately, it doesn’t really work very well. The EQC looks more like a Nissan Rogue or Honda CR-V than an upscale electric vehicle. That aside, it looks to be a worthy competitor in the electric crossover market.

Powering the EQC is a pair of electric motors, each serving different purposes. The front motor is for efficiency and low to mid-range load. The rear is for when the driver wants to get sporty.

Together the pair of electric motors turns out 402 hp and 564 lb-ft of torque. This is down from the 518 hp found on the Tesla Model X 75D. However, it has a slight advantage over the 394 hp Jaguar I-PACE.

Altogether Mercedes claims a 0-60 time of about 4.9 seconds along with a 112 mph top speed. 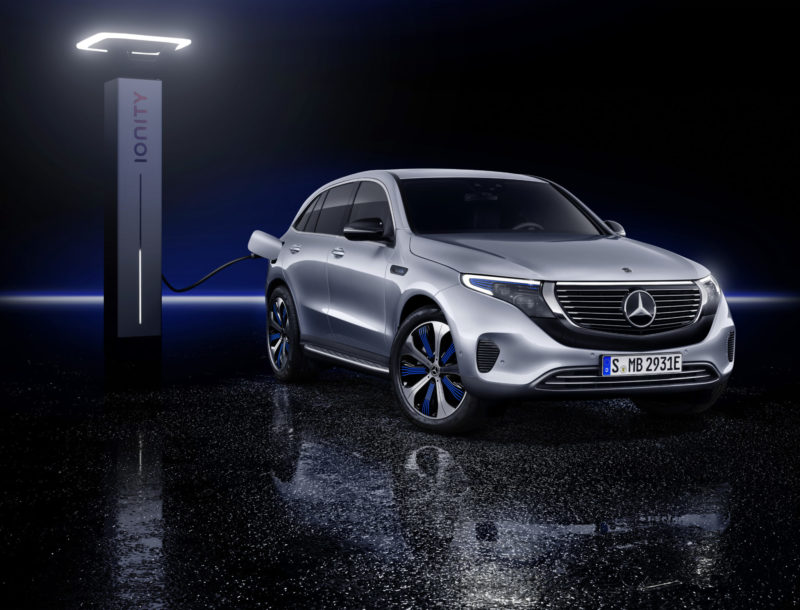 The most important figure of any electric vehicle is its range. At approximately 200 miles it comes up a little short among its rivals. The Model X checks in at 247 miles and the Jag at 240. However, we know in the real world these numbers can vary greatly.

We are inclined to believe Mercedes on its range though. According to its test data, it took 200 prototypes and put them in various conditions across the globe, racking up several million test miles during the prototype runs.

According to Mercedes, to get this range the EQC will use a 384 cell battery pack. This combines together for 350 V and 80 kWh. This is slightly more than that 75 kWh from the Model X but less than the 90 kWh from the I-PACE.

One of the nice things about the battery pack is that it supports DC fast charging. This means you can take the level from about 10% to 80% in a matter of 40 minutes. You can still charge it at home with a standard charging port, too.

Currently, we only know about the EQC 400 model, which is shown in the images. Presumably, Mercedes will offer several other trims and could add greater range or faster charging.

Production of the EQC will start sometime next year. As for right now, we don’t have a price, but we expect it to fall somewhere around $70,000 to compete with the I-PACE.

The EQC will also see some stiff competition in the near future. Both the Audi E-Tron and BMW iX3 are on the horizon.

We will be very curious to see which manufacturer comes out on in what’s shaping up to be an interesting electric crossover race.