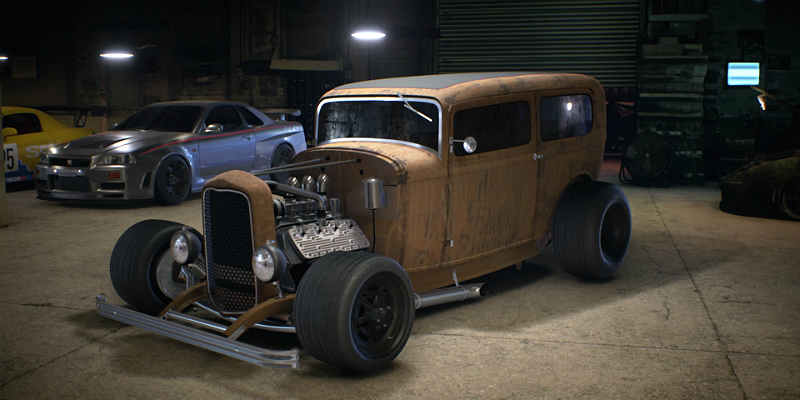 The updates keep on coming! Detailed earlier this week, the latest in the line of Need For Speed’s free content updates showed up this morning on both PlayStation 4 and Xbox One consoles, weighing in at roughly 1gb for either camp.

As the title states, manual transmissions have returned to the franchise. Easily one of the most-requested features, it’s encouraging to see that Ghost has listened to the fans, even if the addition is four months after release. Reports around the community make mention of incorrect numbers of gears for some cars, so we expect future updates will further refine this feature.

Drag racing has also returned. The new game mode requires staging prior to the race itself, where players will need to lay down some rubber and get their tires up to optimal heat levels. This introduces a little more strategy to the mode, surely a welcome addition for fans.

The evergreen ’32 Ford has been added, ripe for customization. Alongside it, the BeckKustoms F132 – an oddly appealing mash-up of hot rod and modern F1 car – makes the jump from simple render to in-game vehicle. With four body styles, and untold further customization options, the Ford should be a welcome canvas for painters, tuners, and racers alike.

Swing by our Need For Speed section for all the latest news on the game!

Need For Speed Game Updates
The original comments for this post are no longer available.
Test Your Badge Knowledge With Our Car Logo Quiz

Gaming 5 May 7 by Andrew Evans
Raceward Studio has unveiled the first gameplay video and images of motorbike racing game RiMS Racing. The title, revealed in April, brings together eight of the most powerful motorbikes in…

Forza Horizon 4 18 May 6 by Gary Slater
As May roars into action, a new Summer season is now live in Forza Horizon 4. Series 35 kicks off this week, with a fresh batch of events and exciting…

Gaming 23 May 4 by Andrew Evans
A month after Psyonix’s announcement that NASCAR and F1 would be coming to Rocket League, we’ve got details on a launch date, price, and contents. Officially known as the NASCAR…