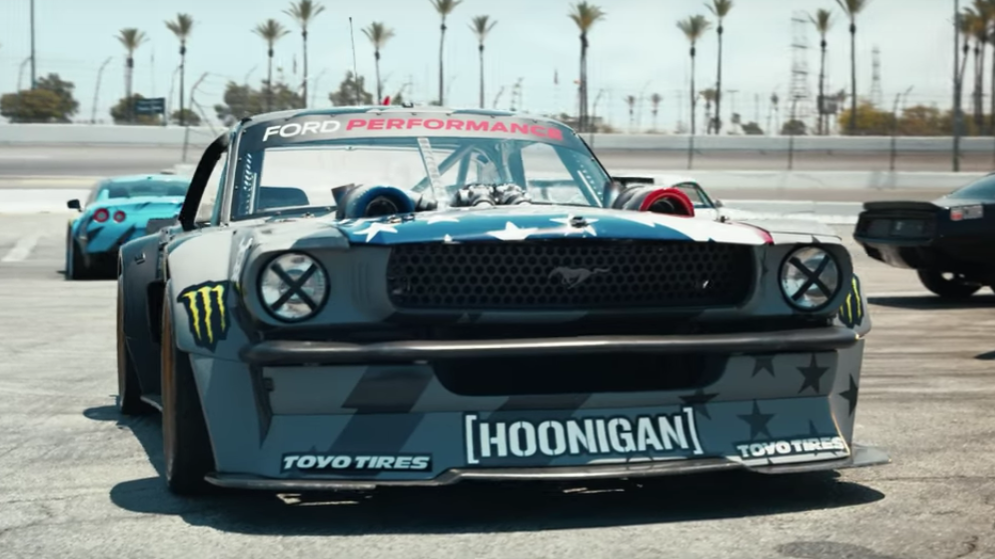 The newest commercial for Forza Motorsport 7 focuses on the variety of vehicles included in the game. FM7 sets a generation best with over 700 cars at launch for players to take for a drive across more than 30 tracks. The video plays on this aspect of the title and features some interesting cameos to boot.

The commercial shows off the best game of musical chairs you’ll never get to play. Nine potential drivers circle seven beastly vehicles — and a Yugo, waiting for the music to stop. The President of Hoonsville himself is here, Ken Block, alongside his Hoonicorn Mustang V2. Comedian and car lover Adam Carolla also features in the elimination game.

The music stops and mayhem ensues. All the stars in the commercial rush to the vehicle of choice with poor Block ending up with the dreaded Yugo. Although that in itself is an impressive feat, given the Yugo doesn’t star in Forza Motorsport 7. Perhaps it will come in a future DLC pack? The commercial ends with cuts between the real-life cars and their virtual counterparts, concluding with the tagline: “Take your pick. Take your shot. Take the lead.”

In addition, Microsoft’s released three short versus clips of some of the participants. We have to hand it to Carolla for his self-deprecating bit — not to mention the deep thoughts of Block:

Riding off the back of 2015’s impressive Forza 6 commercial, the marketing buffs at Microsoft have found a fun way to show off the content in Forza Motorsport 7. Despite the carried content from the previous game, we have a feeling the sheer amount of cars in the game won’t be matched for a long time. Turn 10 is packing the title with as much variety as possible and the ad highlights this very well.

Forza Motorsport 7 is due for launch on October 3, with Ultimate Edition owners getting to play from September 29. If you’re still on the fence about picking up the game, don’t forget that a demo launches next Tuesday. The trial will feature three events sampled from the E3 build of the game and gives a good look at what kind of racing the game offers.