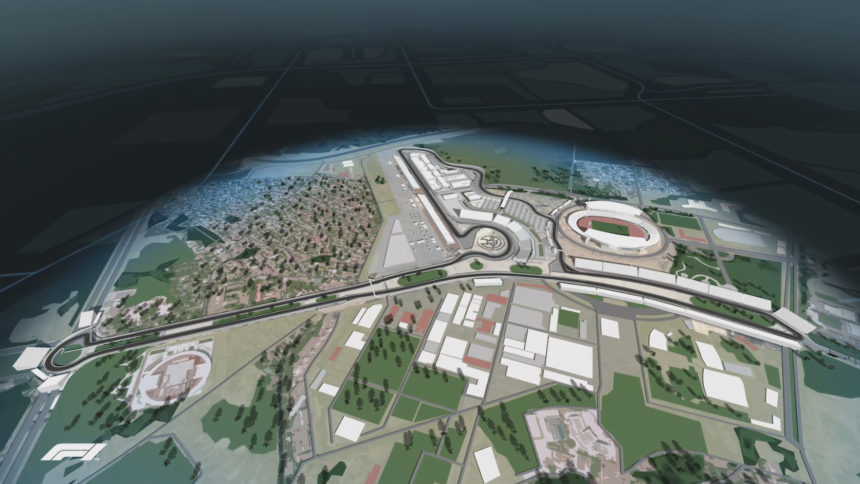 F1 has revealed its first new Grand Prix in the Liberty Media era, with a proposed layout for the Hanoi street circuit.

Vietnam will take its place on the 2020 F1 calendar, with a new circuit built near the country’s capital city. Although not yet finalized, the Hanoi street circuit is planned for the western side of the city, near the My Dinh National Stadium. The location follow a feasibility study by a local team and simulations from F1.

The track, designed by Tilke Engineering, intends to create a city-style feel, but with a purpose-made circuit vibe to the corners. The architects aim to achieve this by mimicking turns from existing F1 venues, but within the confines of Hanoi’s streets. 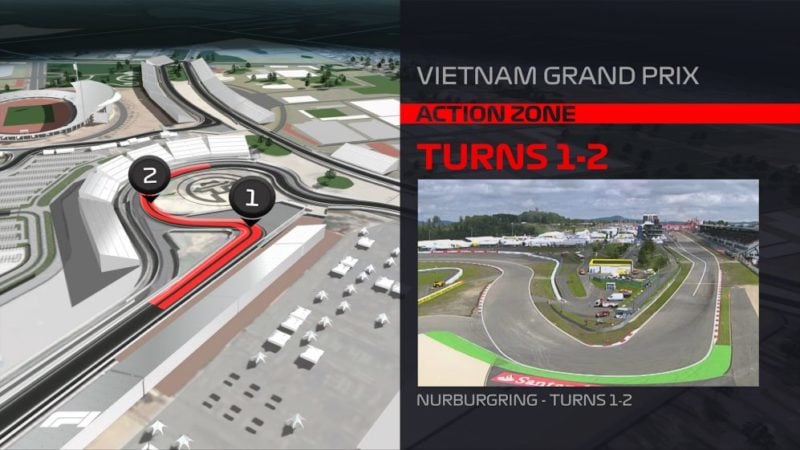 Right from the very first corner, the inspiration that other circuits have is obvious. There’s a heavy braking zone, with a tight hairpin corner leading into a longer corner in the opposite direction. It’s a mirror image of the first turns at the Nurburgring, a renowned overtaking spot.

There’s also sections inspired by the Esses at Suzuka and part of the final section of the Sepang Circuit in Malaysia — a track no longer on the F1 calendar. There’s also a novel pit lane that skips out the last and first corners entirely, much like the Circuit Gilles Villeneuve in Montreal.

Hanoi hopes to capture the appeal of the definitive F1 street circuit, with turns 12-15 resembling the uphill charge from St. Devote to Massanet at Monaco. However, unlike Monaco, the F1 cars at Hanoi should be capable of significant speed. A kinked straight of over 1,600 yards could see cars hitting the speed traps at nearly 210mph. 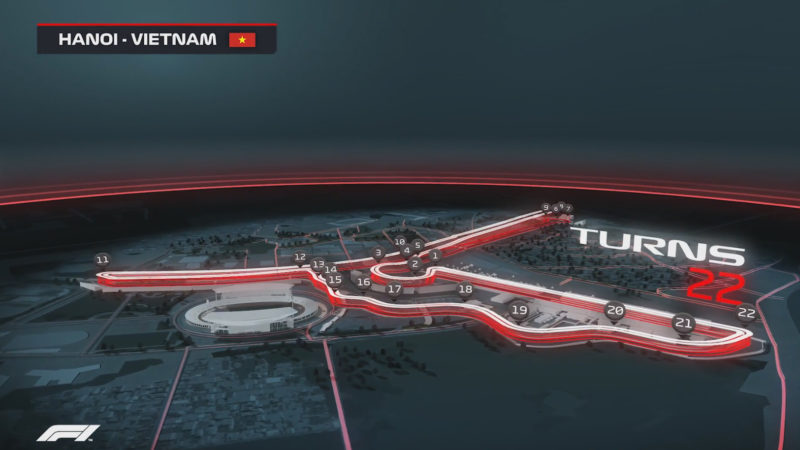 In total there’s 22 corners on the planned 3.46-mile circuit. The final design pends FIA Grade 1 approval and an F1 homologation license, with construction set to begin once signed off. The first F1 race at the circuit will then take place in April 2020 — assuming, unlike Miami, it actually happens.