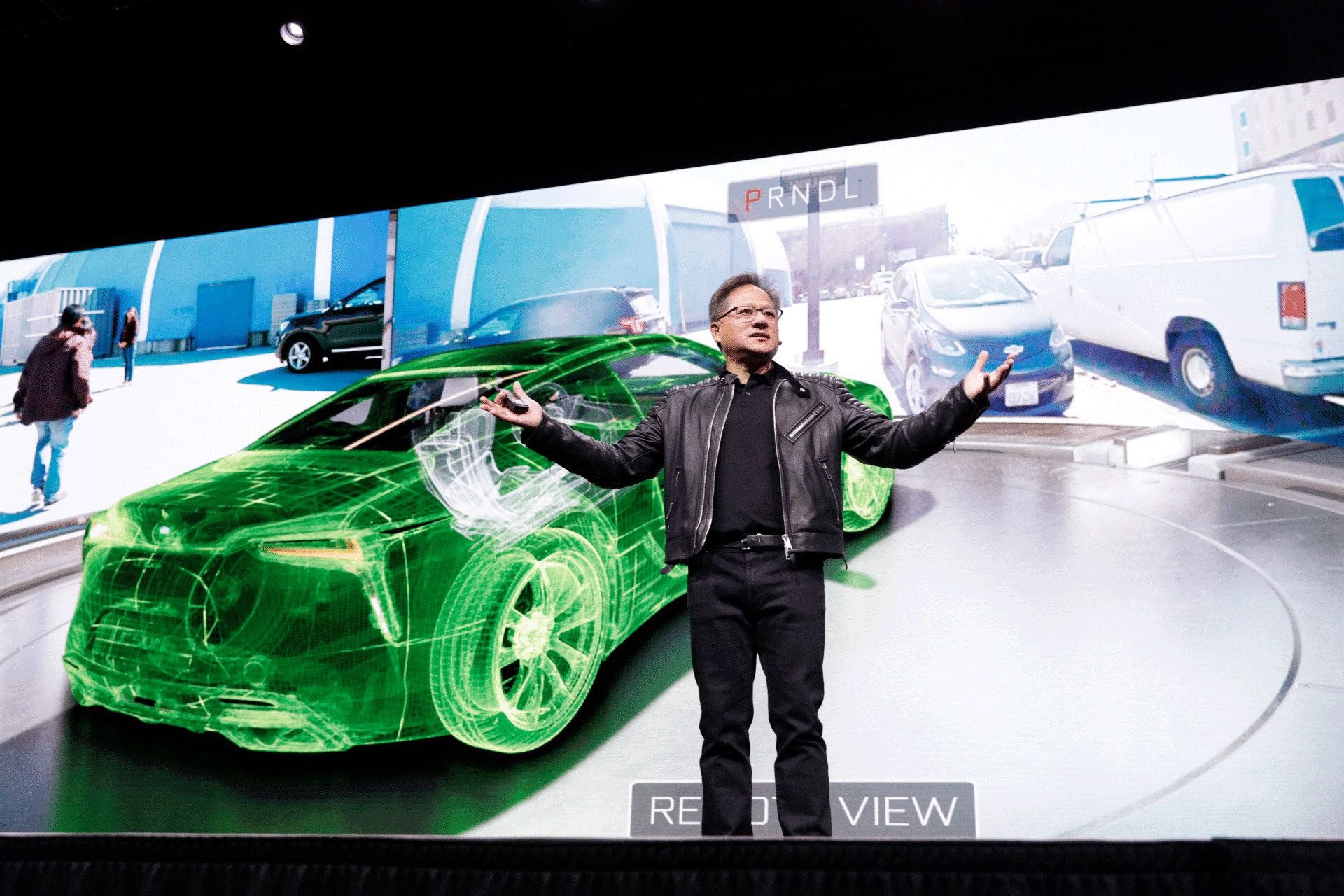 Sim racing games let us experience cars we only dream about. Now, Nvidia thinks it might have a way to push that envelope. Debuting new technology at its Graphics Technology Conference (GTC) the company now has a way to control a real-world car in a digital environment.

Driving a vehicle remotely while looking at a screen is nothing new. The military does this with its drones. But the Nvidia technology takes it a step further and adds VR to the equation.

During Jensen Huang’s Keynote address during the conference, he gave a brief demo of how it all worked.

First, he used the Nvidia Holodeck VR software to render a model of the Lexus LC500 from the Black Panther film. Then a test driver sat down behind the wheel of a sim racing rig and put on a VR headset. Once the test driver started going through the driving motions, a real Fusion out in the parking lot began to respond.

So there it was, a digital car, driven by a real driver, moving a real car several hundred yards away. Think of it as Inception — or “Carception” — only without the dream within a dream.

The driver even managed to navigate around a van and park the car in a space with ease.

So what is the point of this technology you might ask? According to Nvidia, its primary focus is for autonomous cars. 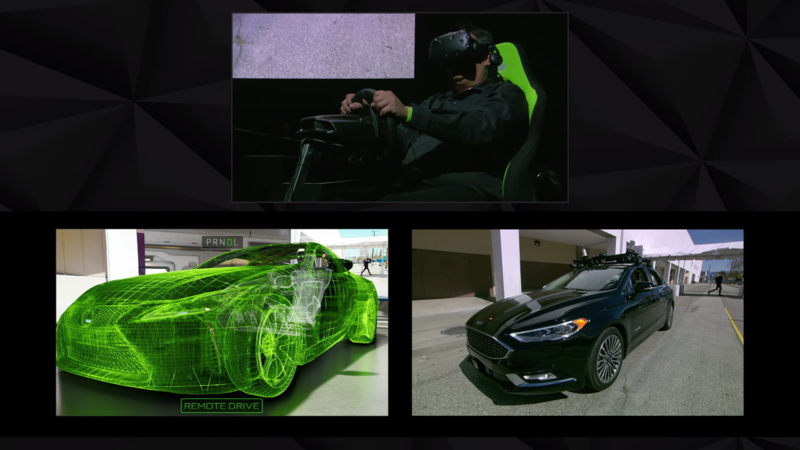 At some point in the future, autonomous cars will advance to the point of not needing a human behind the wheel. But, given the need for a failsafe, chances are the car will just stop if it encounters a problem. This will likely frustrate future drivers.

With Nvidia’s technology, it’ll speed up the recovery process. Instead of waiting for a technician to travel to your location, they can simply put on a VR headset and remote into your vehicle. From there they can either take over the driving duties manually our at least figure out what the issue is.

The technology is still very much in its infancy — so much so Nvidia doesn’t even have a name for it. We are also an incredibly long ways off from cars that require no human interaction at all. But, one day in the future this will happen. This is why it’s nice to see a company trying the proactive approach to solving a problem that will one day be an actual issue for drivers.

As for another use of the technology? Motorsports seem like a logical candidate.

You might remember the Roborace we told you about back in 2016. It’s an autonomous, Formula E car that we jokingly compared to B-Spec Bob.

With this technology though, it could blur the lines between esports and the Roborace. Imagine several of the world’s greatest esports drivers duking it out with autonomous cars while they sit behind a Thrustmaster? Consider us intrigued at the thought.

So while this Nvidia tech is still very much a proof-of-concept, it’s something we’ll be watching closely.